After traveling a great distance, the hours of waiting and fears of takeoff – everything that defines a trip – I finally had a minute to look out the airpline window and witness first-hand the majesty of nature unfolding far below.

I wasn’t the only one.

Incredibly, most of the passengers aboard had abandoned movies, games and sleep to observe the majestry of the Andes Mountains, a brief moment of divine contact with nature. A second to contemplate how much damage we are doing to our planet.

Even among the immense buildings and noisy streets of Santiago, Chile’s natural environment remains a looming presence, one that is at the forefront of the minds of its citizenry and the front pages of major papers and news outlets. “Chile is the Latin American country best adapted for climate change,” read one headline earlier this year. The country has received widespread praise for its efforts to mitigate and adapt to the changing climate, but Chileans warn me that it’s a far more complicated picture. Beyond the reports and statistics, climate change is far from solved and remains one of the country’s greatest challenges.

How can this be so? What happened to the glorious and eye-catching headlines that captured the nation's attention last April?

When the University of Notre Dame unveiled its "Global Adaptation Index" (ND-GAIN), Chile ranked the highest in Latin America and 30th overall. The index assessed “adaptation” based on two components: vulnerability to the effects of the climate change phenomenon, and level of preparedness measured by investments and projects to-date.

Joyce Coffee, managing director of the index, said she wasn’t surprised by the results. "[Chile] has been preparing for increasingly frequent phenomena such as earthquakes. We celebrate its position, but we know it is not easy. We know that Chile is more vulnerable than other countries in many aspects and have to continue this work." To this end, she stressed the importance of improving the medical staff per capita in the country, which is key during natural disasters.

Not wanting to undervalue the results of the index, Fernando Farias, head of Climate Change at the Ministry of Environment of Chile, said it’s important to remember that resilience to climate change must be done in tandem with other countries in the region. "We share geography and problems. We have a way to go together to adapt to climate change, depending on the structures of each country,” he said. “Climate change is a regional problem and we have to help each other to adapt. Chile will not adapt alone, but together with others.”

Meanwhile, Paulina Aldunce, deputy director of the Department of Environmental Sciences and Natural Resources of the University of Chile and expert researcher at the Research Center for Climate and Resilience (CR)2, is critical of the results. "If you look at the report, there is no indicator directly related to climate change. They are general aspects, but not specific to the subject. It is known that Chile is better in certain indicators, but that does not mean that we are advanced against climate change," she said. 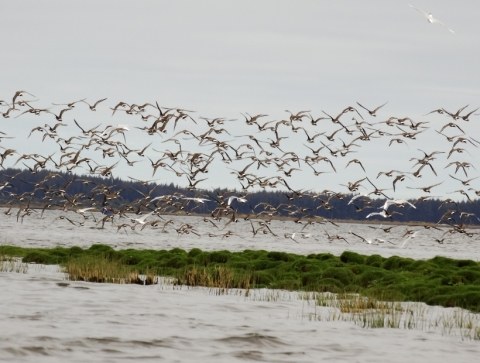 In either case, the index showed signs that adaptation to climate change is a reality and necessity in the Latin American country.

Under parameters set by the United Nations, Chile has seven of the nine characteristics that define a country as vulnerable. Farias described the nine sectors most acutely affected: the agriculture and forestry sector and modifying food product of rising temperatures; fishing and aquaculture, the modification of species and the impact on the economy of workers; biodiversity and bio-climatic stress; the availability of water resources to lower rainfall and changes in the water cycle product of melting glaciers; the health of people and the emergence of new vectors; infrastructure and new works prepared for uncertain events; the energy sector and the response to a future increase in consumption; tourism as vulnerable to changes, but also as a key player of responsibility in contact with local biodiversity; cities and urban adaptation planning as one of the main present challenge.

Each of these areas is part of a National Plan for Adaptation to Climate Change, but currently the only sectors that have been approved are agriculture and forestry, biodiversity, and fisheries and aquaculture. Work remains to develop plans for other areas, including the exclusive cities and urban adaptation sector.

The lines between Chile’s urban cityspace and its vast natural environment are often blurry. Outside the Ministry of the Environment, birds and butterflies flutter, while citizens cycle past tall buildings with their dogs in tow. At this intersection of nature and urbanism, the need for adaptation to climate change is more urgently a call for sustainable development. Only a few days after I returned from Santiago, officials once again declared an environmental emergency due to the high levels of pollutants in the air.

But what is the state of environments outside the metropolitan region that’s home to nearly seven million people? Conservation specialist Diego Luna Quevedo, who works at the Hemispheric Network Shorebird Reserve, explained the impacts of climate change on these vulnerable migratory birds. "There are three clear impacts of climate change,” he said, “the signs of rising sea levels that affect their habitat, changes in ocean temperatures and their direct relation to food availability.” In response, the network is actively building a hemispheric system of sites that are used by birds throughout its range, from the Arctic to Patagonia.

Luna Quevedo is blunt about the need to act for the local fauna. "Actions and responses are required today, not tomorrow. We have to face the situation now or birds will be over,” he said. Such action also requires the involvement of common citizens to protect bird habitats such as beaches and wetlands, and greater awareness among communities about the importance of local wildlife. "We work with people through festivals with multiple activities to make citizens understand that birds are indicators of the health of the environment in which we live," said Luna Quevedo.

Similarly, Diego Alarcon, a forestry engineer and head of the Chilean Forest initiative, describeed the impact of climate change on some of Chile’s most prized local forests. "The decrease in rainfall affects species of trees that are located along the estuary,” he said, noting how dry these environments have become.

As with shorebirds, climate change affects the phenological cycle of certain grasses that germinate earlier than expected and end up withering because of low rainfall during the spring. In many cases, focus is placed on meeting the water needs of local communities, with the region’s flora taking a backseat, with drastic consequences. Already, the tree Ruil Nothofagus alessandrii is endangered. Efforts to slow these changes are limited to initiatives such as Chile Forest that provides tours and briefings, or under the National System of Protected Areas (SNASPE) which helps to ensure the conservation of endangered areas.

As ND-GAIN’s Joyce Coffee explains, "adaptation is also about making long-term decisions.” It involves the active participation of governments through policy-making, the corporate sector as the major driver of the economy and source of investment, and civil society through their daily actions. It involves the development of initiatives such as Adapt-Chile, which strives to "link scientific knowledge with the decision-making processes of local governments” because often there is a significant lack of local or regional data to informa and improve adaptation efforts.

Chile’s recognition of and action to combat its vulnerability to climate change serve as important examples for other countries in the region, both to highlight the shared risks faced and also the possible solutions to be implemented. Ultimately, we want to ensure that future generations continue to enjoy that magical moment of connection with nature across the Cordillera through the air. 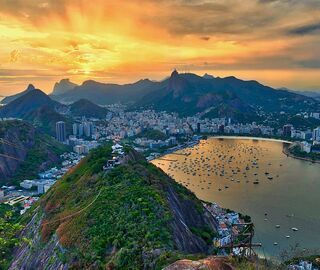 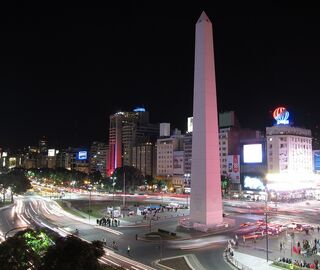 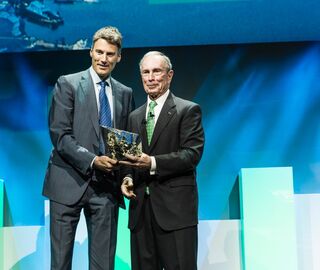