Climate blight is harming the mango

Climate blight is harming the mango

There’s no one better than Vivek Bhide for information and lore about the famed Alphonso mango of Ratnagiri. Known for the excellent quality of his Alphonso mangoes, which Bhide sells under the Fruit King brand, he constantly fields calls from customers far and wide in the mango season.

It is not the only reason Bhide is popular. Like his father and grandfather, he has a thriving medical practice in Ganpatipule, a pilgrimage town and beach resort in Maharashtra. He is also an environmental activist and head of the trust that runs the temple in his hometown. Bhide is a man of science, a man of the people, and a man of mango.

He is also a man who is paying the price of increasing unpredictability of weather. “If the humidity is high, fungal diseases hit the fruit on the trees. If the heat increases, pests attack in numbers,” Bhide said. The grower has no option but to use excessive pesticides, which increases input costs.

Averse to environmental toxins, Bhide doesn’t like pesticides. “For farmers, seasonal changes are linked to festivals like Makar Sakranti (in January) and Shivratri (February-March). These changes determine the flowering, pollination as well as the setting and maturation of fruit,” he said. “Farmers need these changes to be predictable. Climate change is making them increasingly unpredictable.”

A large portion of the produce that arrived in the Vashi fruit market in Navi Mumbai in the summer of 2015 was blotched, black spots ruining the appearance of one of India’s most coveted varieties. Traders complained of not getting a good price. The main reason for the blighted crop was unseasonal rains in February that to fungal diseases in the orchards.

What the scientists call anthracnose, local farmers and traders call anthrax. Vidyadhar Joshi is aware of both terms. Before he returned to his village Devgad in Sindhudurg district – as famous as Ratnagiri for its Alphonso mangoes – he completed a college degree programme in food processing from a Mumbai college. “I watch my rain gauge like other people pray or light incense sticks to deities. On February 28, 2015, we got 5.8 millimetre of rainfall. The next day, it rained for three hours.” He immediately set off to spray his trees with the fungicide dipheniconazole — “0.5 ml,” Joshi specifies — because fungal spores spread rapidly in humid conditions.

“The trees I could spray within three days were not hit by the disease. But it takes me 13 days to cover all my trees.” Apart from the orchards he has inherited, Joshi takes up several other orchards on contract. Most landowners are not keen to attend to their land. Joshi is different; he is passionate about horticulture, and hounds agriculture scientists with his problems till they respond. 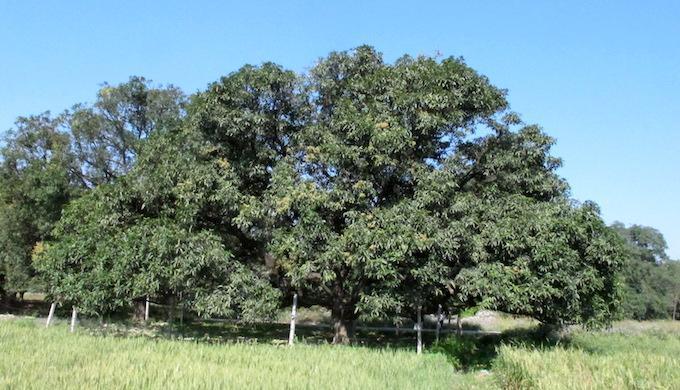 A mango tree in Dashehri village of Kakori block in Lucknow district of Uttar Pradesh. (Photo by Sopan Joshi)

“The trees I could not reach in time were hit very badly. The fungi hit the larger fruits, which command a better price in the market, in particular. I lost a lot of time, money and investment,” he said. “The same happened in 2008.” His phone rang ceaselessly, as desperate farmers tried to reach him for advice; Joshi leads a farmers’ group and organises interactive sessions with government scientists for them. Small farmers lack the training and information to deal with such new problems.

Large farmers have their own problems. With more than 12,000 trees to attend to, Desai Bandhu Ambewale, perhaps the largest mango grower in Maharashtra’s Konkan region and certainly the most famous, employs 450 workers in peak season; about 100 workers are employed around the year. “Yet it takes us eight days to cover all our trees. The effects of weather changes or a sharp change in temperature hits the trees immediately,” said Anand Desai, one of the two cousins who run this company, the fourth generation in-charge.

Known for the aroma of its fruit, the peculiar sugar-acid blend, and delicate, fibre-free pulp, the Alphonso trees are extremely sensitive to changes. The more knowledgeable growers point out a peculiar problem related to temperature increase in the flowering stage: male flowers severely outnumber hermaphrodite flowers, warping the ratio required for pollination and fruit set. The mango tree cross-pollinates; male and hermaphrodite flowers bloom at different times, leaving no room for self-pollination.

It is not possible to prove directly that each of these changes is due to climate change; their causes and effects vary from place to place, season to season. Yet these are the effects of climate change that scientists have projected all along: Greater variability of temperature and rainfall, disruption of familiar weather patterns, and greater unpredictability.

Climate change is a term that readily comes to Sheikh Insram Ali, president of the Mango Growers’ Association of India, also on the board of directors of the National Horticulture Board. His orchards are in Malihabad, a village near Lucknow famous for the Dashehri mango. Each season, he stresses, sudden weather changes mar the output of the growers, making it increasingly an unviable business.

“So many growers now want to get out of mangoes because of increasing risk and uncertainty. It is difficult to recover investments, forget about making profits. And this is happening when the cost of cultivation is spiralling. People continue to invest so much time and money in mangoes only because they don’t have other means livelihood,” said Ali. He routinely hears growers describe problems related to weather. “Even if you discount for all kinds of seasonal variability, nothing explains changes on this scale year after year.”

Kaleemuddin Siddiqui can describe some of these, from the fog and storms to the unseasonal heat. He manages his ancestral orchards in the town of Amroha in Uttar Pradesh, 130 km east of Delhi; the town’s name is believed to draw from the Hindi and Urdu name of mango: aam. “We believe the winter fog is beneficial to mango trees. It works like a blanket, keeping out the winter chill. I’ve noticed the flowering is much better after the winter fog.” 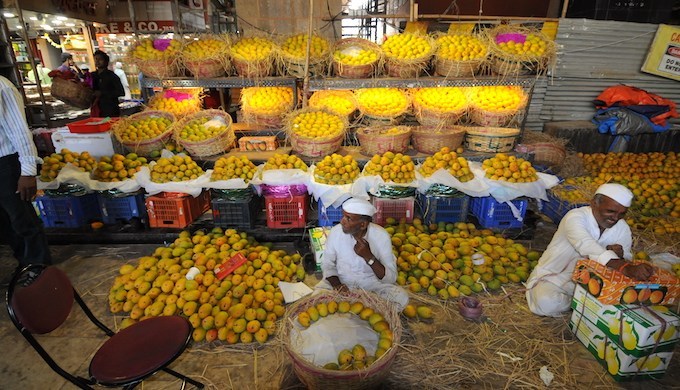 The absence of fog means chill bite in the winter of the northern river plains. Siddiqui said the crop of 2015 was hit by a severe winter. This year’s crop was better as the mild winter let to bounteous flowering. The fruit setting was good also. But then came unseasonal rains in February and storms of an intensity not seen for a few years. Many fruit dropped off the trees before maturing. “Fruit that could have gone for INR 25-30 per kg in the market was hustled for INR 2-3 kg,” Siddiqui says.

Andhra Pradesh in the south ranks second among the mango producing states, after Uttar Pradesh. The south-western areas of the state – the dry region around Chittoor – are famous for producing mango that feeds the pulping plants (to make juices and other processed goods), while the north-eastern parts around Vijaywada are famous for the juicy varieties. After several consecutive years of drought, the Chittoor area experienced excessive rainfall since the last monsoon. While the much needed water was godsend, it did not lead to a good mango crop, said Chandrashekhar Reddy, a reputed mango grower from the Thalupulapalli village in Chittoor. “Prices climbed up. Farmers who got some produce profited from the high prices,” he said.

Shadab Hussain frequents the agricultural markets to buy mangoes for the pulping plant run by the family company, TASA Foods Pvt Ltd of Bangalore, perhaps the largest supplier in India of fruit pulp and purees. He said the high prices this season are cutting the margins for the exporters, because the international pulp demand is not high enough to support such prices. “Besides, there is a dearth in the market of quality produce. The excessive rains mean the water content of the mangoes is high and the Brix level (a measure of sugar content) is low. That doesn’t help the pulping plants.” 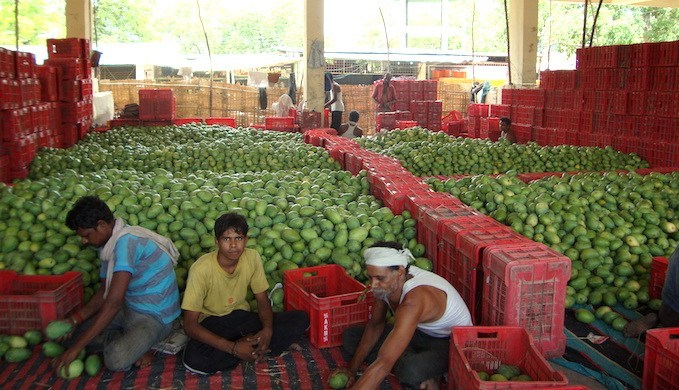 Gujarat is emerging as a big producer of mangoes. The Vashi market is a hub of mango export. The exporters buy their produce from large traders who are known to deal in quality fruit. This summer, exporters were seen going from trader to trader, and not finding the quality that can satisfy their foreign trade partners.

The market has its ways to compensate for the variability in quality and lack of timeliness of supply. The means are not always clean. “Growers send us immature fruit because they cannot risk waiting for the fruit to mature,” said a trader in Vashi, who did not want to be named. “The retailers know the produce is not up to the mark, so they ripen it with calcium carbide, which is banned due to safety concerns. The retailers don’t have the margin to wait and let their fruit ripen properly in a ripening chamber. Calcium carbide gives them control over the stock they need to sell.”

Alphonso growers are also using whatever means they can to ensure a regular and timely crop despite the increasing unpredictability. For many growers, it means abusing a growth hormone regulator called paclobutrazol. This retards vegetative growth of a tree, making it commit its resources to flowering and fruit. Used carefully and sparingly, this can actually help. But few farmers exercise that caution. “I tried it on some of my trees,” said Bhide. “The trees became deformed and unhealthy. I don’t use it at all now. In fact, my labels mention clearly that paclobutrazol has not been used.”

The more discerning consumers of mango often complain of the lack of quality now. The effects of climate change are not readily predicted; in fact, the greatest effect is unpredictability. This is hitting India’s favourite fruit in several ways. Growers and markets are coping with the changes in ways that they can. One cost of this trade-off is the fine taste of the best varieties. 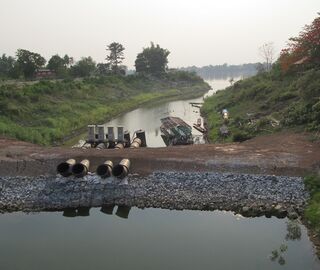 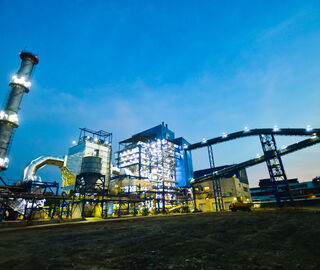