It’s arguably the biggest surprise so far of COP26.

After refusing to set targets for net-zero carbon emissions, India’s Prime Minister Narendra Modi took to the stage at the United Nations Climate Change Conference in Glasgow, Scotland, last week and said his country would turn net zero by 2070.

On the face of it, India’s timetable may seem less ambitious than those of the world’s two largest economies. But Modi’s climate commitments in Glasgow do set an example about pressing priorities, say analysts.

[The commitments] “sends a signal to the rest of the world – that despite significant developmental challenges and the COVID-19 induced economic challenges, India is stepping up with enhanced pledges,” said Bharath Jairaj, who leads the energy programme at WRI India.

Analysts also say India’s climate targets should be viewed within the context of climate crisis conversations that are around how to accelerate net-zero timetables to limit the rise in global temperatures to 1.5 degrees Celsius, and to what degree richer nations should pay developing ones to green their economies.

Despite growing momentum around net-zero targets, the International Energy Agency (IEA) warned last week that if all the new net-zero target pledges are met in full and on time, it would only hold the rise in global temperature to 1.8C – well short of what’s needed to limit global warming to 1.5C.

Many analysts say the only way to achieve that target is for developed countries to accelerate their timetable for net-zero emissions, and give developing nations the room and resources to speed up their targets.

“The perception of India’s announcement depends on the benchmark used,” said Navroz Dubash, a professor at the Centre for Policy Research. “The 2070 net-zero target was diplomatically necessary – the last major economy to fall in the basket – but more a box to be checked under diplomatic pressure, and ideally should have been linked to developed countries reaching net zero before 2050.”

India is deeply dependent on fossil fuels to power its economy, with the dirtiest fossil fuel – coal – generating close to 70 percent of the country’s electricity by the end of 2020, according to the IEA.

During his speech in Glasgow last week, Modi laid out a list of pledges including boosting the share of India’s electricity generated from non-fossil fuel sources from 40 percent to 50 percent by the end of the decade.

He also promised to shave one billion tonnes from the country’s projected emissions from now until 2030, reduce the economy’s carbon intensity by more than 45 percent compared to 2005 levels, and increase its installed renewable energy capacity from its current level near 100GW to 500GW over the next nine years.

Jairaj told Al Jazeera that the final goal “will need careful planning and execution” and require more states in India to be involved in renewable energy production. That in turn will spur the need for states to resolve issues related to storage, transmission and the distribution of energy.

And then there’s the question of finance.

While India may be among the top-three global carbon emitters, it is also the world’s second-most populous country. And on a per capita basis, India’s energy use and emissions are less than half the world average, according to the IEA.

To help make the green energy transition, Modi called on richer nations, which grew their economies on large carbon footprints, to provide $1 trillion in climate financing to help less-developed nations decarbonise their economies.

“India’s call for $1 trillion [in] finance is essentially a message that accountability is a two-way street; we should count money as carefully as we count emissions,” said Dubash.

So far, though, richer countries have a less-than-stellar record of delivering promised funds.

In 2009, developed nations committed to mobilise $100bn annually in climate finance by 2020. In 2019, they had fallen roughly $20bn short of that promise, according to the Organisation for Economic Cooperation and Development, which also estimated that they had likely failed to meet the goal in 2020. Several analysts, however, question the OECD’s accounting method and say these figures are vastly inflated.

“India is rightly asking for climate justice and asking developed nations to fulfil their promise of providing tech transfer and finance,” said Vibhuti Garg, energy economist and India lead at the Institute for Energy Economics and Financial Analysis.

Beyond financing, the green energy transition can also trigger unintended social costs. Newer technologies can disproportionately affect the land rights of Indigenous communities, women could potentially be left out of the new industries replacing the old and there is a risk of creating new inequities as the poorest households get stuck paying legacy grid costs.

One issue on which Modi remained conspicuously silent in Glasgow was the phase-out of coal. Over 40 countries pledged to quit coal at COP26, but India was not among them.

“The fact that it [India] didn’t is worrying, and a huge missed opportunity. What’s the plan to stop growing our coal and oil emissions specifically and start phasing down? India cannot afford, for both financial and ecological reasons, to continue expanding its coal sector,” Ashish Fernandes, CEO of Climate Risk Horizons, told Al Jazeera.

Indians already breathe some of the world’s most toxic air, which means that moving away from fossil fuels is in the interest of the country’s public health too.

This story was originally published in Al Jazeera on November 9, 2021. It was produced as part of the 2021 Climate Change Media Partnership, a journalism fellowship organized by Internews' Earth Journalism Network and the Stanley Center for Peace and Security. 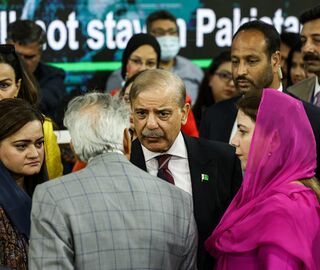 Sharm el-Sheikh, Egypt
Parties at COP27 Add Loss and Damage to the Agenda, But Won’t Discuss Which Countries Are Responsible or Who Should Pay 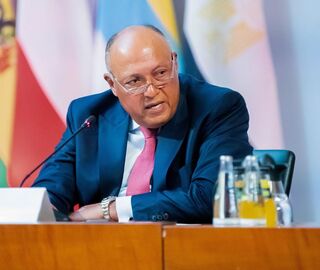