Climate in crisis: understanding the dire warning of the IPCC report

Climate in crisis: understanding the dire warning of the IPCC report

In the past few months, the United Nation Intergovernmental Panel on Climate Change (IPCC) released its Fifth Assessment Report on the scientific aspect of climate change, risks and impacts, warning that the world faces serious risks and that the poor are especially vulnerable.

Prepared by thousands of scientists from all over the world, the Fifth Assessment Report (AR5) is the latest in a series of reports from the IPCC assessing (1) physical scientific aspects of the climate system and climate change—on how, and to what extent it is happening; (2) assessment of the impacts of climate change, and on how society adapt to it; (3) policy options for reducing greenhouse gas emissions and curb climate change.

This week, the IPCC presented its findings in Southeast Asia as part of its series of report outreach event.

Senior officials from the IPCC’s three working groups visited Malaysia, Singapore, Jakarta in Indonesia and Manila in the Philippines. The presentation of the new IPCC reports were followed by a dialogue and a workshop with policymakers, researchers, local scientists and the media on ways to best address climate change.

Earlier,  the IPCC discussed the integration of the three working group contributions in Putrajaya, Malaysia. The final report, known as the synthesis report, will be presented in October 2014 in Copenhagen, ahead of the United Nations Framework Convention on Climate Change (UNFCCC) later this year.

Jean-Pascal van Ypersele, Vice-chair of the IPCC explained to the Philippine EnviroNews that the latest IPCC reports point out to the fact that “climate change is real”, its effects will be large and disastrous and there is still a window of opportunity to address it globally.

Ypersele emphasized that the reports are not meant to “scare the world” rather one that should be “policy-relevant but not policy-prescriptive”.

“ The latest IPCC reports detail the rapidly growing impacts and risks of climate change. The mandate of IPCC is to assess the quality of the scientific information about all dimensions of the climate change issues,” Ypersele said to this reporter in an interview recently at the World Climate Summit of Legislators in Mexico City. “ Our reports can also provide options for solutions in the area of adaptation of climate change we will not be able to avoid, or solutions in the area of mitigation, emissions reduction in area that is too large or too severe.”

Earlier, IPCC chair Rajedra Pachauri said, “ the impacts of climate change will leave no part of the world untouched and unaffected. It is therefore, essential for us to know ways to mitigate emissions and of greenhouse gases.”

“ The impacts of climate change will leave no part of the world untouched and unaffected. The IPCC report are vital in filling up the gap in giving us a road map for the future,” Pachauri said in a statement. 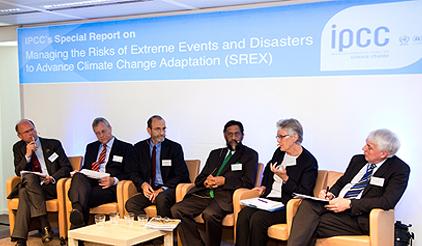 Key points of the three reports

The first part, released in September 2013 reviewed the basic science behind climate change, and established more clearly than ever that climate change is definitely happening, and that humans are largely responsible. According to the report, it has assessed on the basis of observations and measurements the extent of sea level rise, ocean acidification, the nature of extreme events that have occurred in the past on account of climate change.

The second part of the report, which was released in March 2014 looks at the impacts climate change and on how they can affect global food security, health, water resources and biodiversity. It emphasizes some points: water supplies are dwindling; terrestrial and aquatic ecosystems being altered; agriculture most affected by temperature changes.

The third report, which was released in April 2014, deals with the mitigation of climate change. It assessed all relevant options for limiting climate change through preventing greenhouse gas emissions. It says that without mitigation efforts, the planet would lead to substantial warming by the end of the 21st century.  It is estimated that we will likely reach a 2 degrees Celsius temperature rise by 2030.

The report warns that if we fail to strengthen mitigation measures between now and 2030, it will be more difficult and more expensive to achieve warming targets.

“ Possible solutions do exist if strong political action is taken. The IPCC report only shows that international cooperation on good practices are important, that addressing climate change must be tackled internationally,” Ypersele said.

The cost of climate inaction

Most of the scientists agree that the longer we wait to take action on climate change, the higher the cost of reducing emissions and averting the worst effects of climate change it will be.

And as the IPCC report said that the world is ill-prepared for climate-related risks, World Bank Vice-President and special envoy for climate change Rachel Kyte said “aggressive action to address climate change is much needed.”

“ Already, we are seeing countries being devastated by the effects of the changing climate. We are convinced that with the impacts of extreme weather events and the threats to cities, the cost of inaction is much higher than the cost of addressing it now,” Kyte told the Philippine EnviroNews.

Ypersele agreed, saying that the price of inaction “is costly” and that there is a need to adapt to climate change and increase the resilience of countries.

Ypersele said policymakers for instance, need to decide according to their national priorities such as achieving growth, attaining sustainable development or food security in addressing climate change.

“ In any case, what is needed is the good understanding of climate change issue and the importance of challenge and political will in adapting to or mitigating climate change,” he added.

In the IPCC report, it estimates that an additional $147 billion is needed to be invested in renewable energy every year between now and 2030. It added that at least $336 billion per year is needed to improve energy efficiency of infrastructures and transportation.

Albay Governor Joey Salceda, the sitting co-chair of the Green Climate Fund had made an urgent appeal to rich countries to raise as much as $15 billion by the end of the year to roll-out projects in vulnerable, poor countries.

“ The fund is vital in building trust in international climate talks. We at the GCF are doing everything to put more funding on climate-related projects, and we can see that some rich countries are eager to contribute to the fund,” Salceda said.

What it means for the Philippines

The Philippines is already a global hotspot for strong typhoons and other climate-related events such as droughts and floods, rising sea levels and escalating temperatures.

Rosa Perez, a climate expert from the Manila Observatory, said the people living in poorer countries and in low-lying areas will suffer first and worst from climate change, adding that the extreme weather like Supertyphoon Haiyan for instance being experienced by poorer countries like the Philippines will become the “norm”.

“ The IPCC reports highlight an important message to all of us, we need to act fast. If countries agree to reduce emissions and transform its economies into a low-carbon growth, then there is a chance to limit average global temperature below 2 degrees Celsius. I think we need to do more,” said Perez, who is also one of the lead authors of the IPCC reports.

The country was, arguably, unprepared from Supertyphoon Haiyan in November 2013, attributed to storm surge, rough seas and floods where over 6,000 people were killed, and millions left homeless. Total damage and losses reached more than US$13 billion.

The dire warning of the devastating impacts of climate change is a “wake-up” call for countries such as the Philippines to take a sense of urgency and “push” policymakers to refine climate-relayed policies in the country, said Climate Change Commission Vice-Chair Mary Ann Lucille Sering. 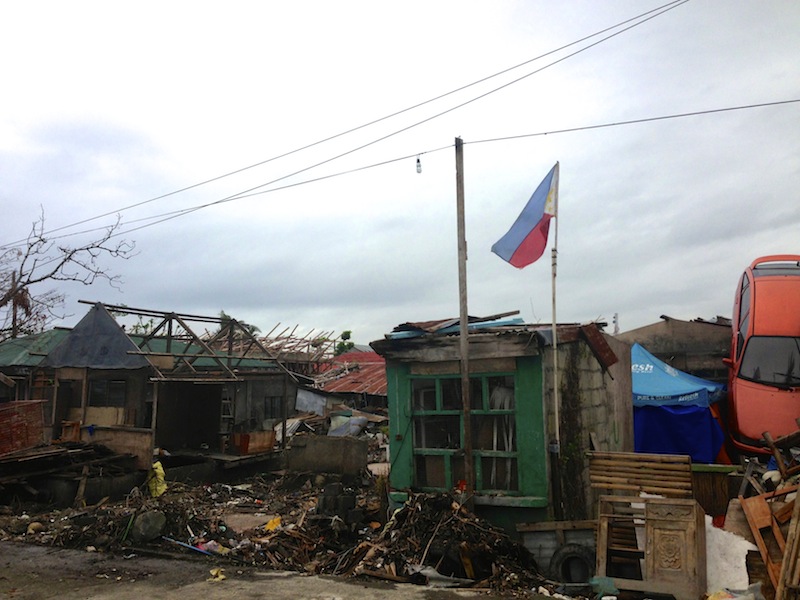