The biggest carbon emitter in history could have not found a more ironic location to promote coal than at a cliamte change summit. The US delegation held an event on the sidelines of the 24th Conference of the Parties to the United Nations Framework Convention on Climate Change (COP24) on Monday, which had speakers from coal and nuclear companies. This immediately drew criticism from several quarters, including activists researchers, and United Nations officials.

A statement from the US state department said the event will "showcase ways to use fossil fuels as cleanly and efficiently as possible, as well as the use of emission-free nuclear energy."  A few minutes into the event, over 100 indigenous youth and community leaders started chanting “keep it in the ground," and blocked the panel from view. 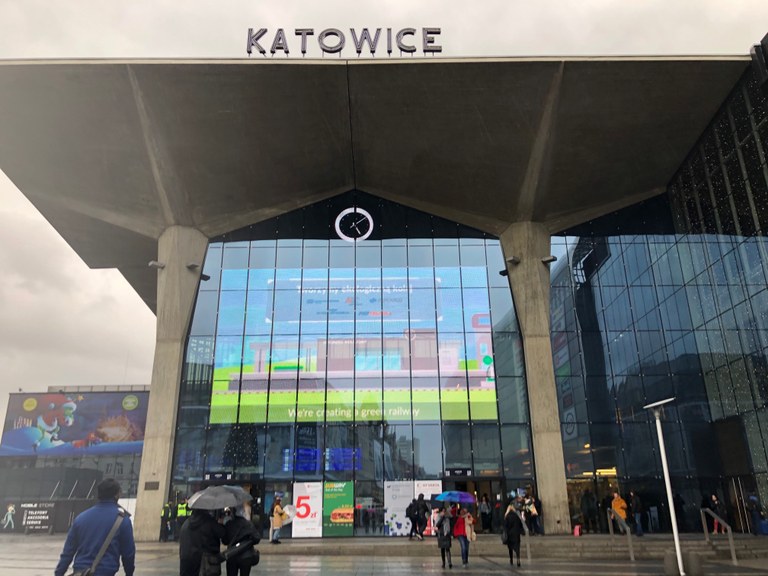 Several researchers, civil society organisations and UN officials expressed their displeasure over the US trying to promote coal in an era of renewable energy.

“After refusing to believe its own scientific report on climate change, the Donald Trump administration continues to promote coal power at the UN climate summit. What’s next: ignoring all the science about tobacco and promoting it at a global cancer conference?” asked UN Special Envoy for Climate Action Michael Bloomberg.

The anger at US’s refusal to take a strong stance in fighting climate change worsened after its delegates at the COP24 refused to welcome the landmark Intergovernmental Panel on Climate Change (IPCC) report on the importance of keeping global temperature rise below 1.5 degrees centigrade. On Saturday, the US along with Kuwait, Saudi Arabia and Russia tried to downplay the landmark IPCC report by suggesting that it only be 'noted' and not 'welcomed' by the delegates at the COP24. To get consensus from all countries is a long and painful process.

The report was commissioned by the United Nations Framework Convention on Climate Change (UNFCCC) and was released in October. The report, while giving hope that it is still possible for the world to keep the temperature rise at 1.5 degrees centigrade, called for immediate action. It gave the world 12 years to achieve this target to escape catastrophic effects of climate change.

IPCC head of communications Jonathan Lynn maintained that his organisation was a scientific body, and not a political one. “The report takes into account the current realities of countries and the scientific literature that is available. Governments were given every opportunity to point out things that are missing for authors to look at,” he said.

On Monday, the Union of Concerned Scientists responded to Trump’s delegation at a press conference at COP24. “We cannot blame the delegates. The problem starts right from the top. The President does not even acknowledge the findings of his own scientists,” said Alden Meyer from the union.

Along with Australia, India’s silence on the recent developments was noted by many countries. “Australia’s silence in the face of this attack shocked many countries and is widely seen as de facto support for the US, Saudi Arabia, Russia and Kuwait’s refusal to welcome the IPCC report,” said Climate Analytics managing director and a lead author of previous IPCC reports Dr Bill Hare, reported Guardian Australia.

Meyer expressed his concern over India’s silence. “We certainly hope that India will speak out on this issue and will let the COP president know they want stronger language about the IPCC report and that they will also be supportive of strategies to help countries ramp up their domestic actions so that we avoid the worst impacts of climate change,” he said.

Anand Kumar, secretary at the Union Ministry of New and Renewable Energy, who was at the COP, refused to comment. Another official speaking on the condition of anonymity said India’s stance on the IPCC report was in sync with like-minded developing countries (LMDCs). “The LMDCs will ask developed countries as to how would they sync their pre-2020 actions in the context of the latest IPCC report,” said India’s key climate negotiator Ravi Shankar Prasad, The Times of India reported in November.

Commenting on the US delegation side event promoting coal at COP24 on Monday, Joanna Flisowska from Climate Action Network (CAN) Europe said: “By claiming that there is no conflict between burning coal and fighting climate change, the US delegation is swimming against the tide on coal. The time for coal is over. The majority of EU countries are either already coal-free or have coal phase-out dates set for 2030 the latest, others are discussing the coal phase-out date. Air pollution, climate change policies and rapidly falling renewables costs are pushing coal-fired power plants to the brink.”