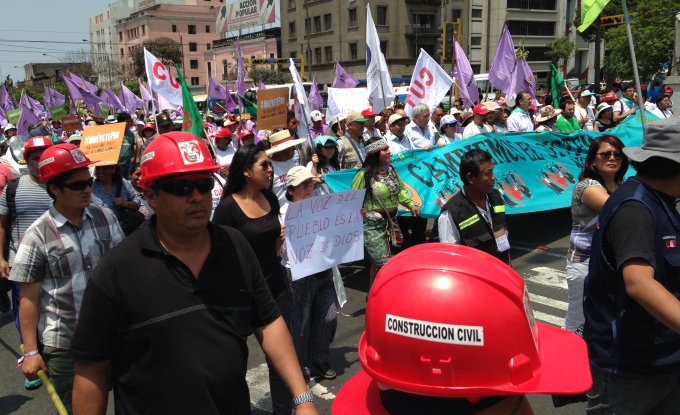 The more the climate changes, the more climate negotiations remain the same.

The December 1-12 summit of the UN Framework Convention on Climate Change (UNFCCC) has failed to be an exception. On the last day of the scheduled close, 192 governments plus the European Union had failed to agree on even a single sentence of the final resolution. The most likely consequence – the summit being extended by a day, and negotiators working overnight to reach a compromise so weak that it will do little to combat climate change.

This has happened in the year that the global collective of scientists and policy advisers – the Intergovernmental Panel on Climate Change – warned that climate change was gathering pace, that 2014 was the hottest year on record, that the effects of global warming were already evident, that the world needed to move towards a greener economy without delay, that credible pathways to this move existed, and that any delay would be very costly.

This has also happened in the summit that was supposed to lay the foundations for a 2015 global treaty to combat climate change. The best that the bureaucrats and politicians have managed to do on the treaty text is to list a plethora of conflicting options on any move, and to say they will start negotiations when they meet next February.

The fundamental differences between developed and developing countries that have almost-stalled climate talks for two decades remained at Lima. Bureaucrats and politicians from developing countries point out that rich nations have emitted 80% of the excess carbon dioxide that is now in the atmosphere and warming the earth; that many rich nations have failed to control their emissions despite their commitments to do so; or keep their promise to finance the move of developing countries towards a greener economy; or provide the necessary technology without charging patent fees; or help poor countries build human capacity to tackle climate change effects.

Their counterparts in industrialised nations point out that now China is the world’s largest emitter of greenhouse gases (GHG), and India third. They insist that the differentiation between rich and poor nations – worked out in 1992 – does not reflect today’s reality; so developing countries must commit to control their emissions as well.

To which developing countries reply that the differentiation is an integral part of the UN Framework Convention on Climate Change and cannot be renegotiated; that they still have millions of very poor people without access to electricity, who have a right to development.

Addition of mistrust to this mix of charges and counter charges has created a recipe for a weak outcome at Lima. Just hours before the scheduled close of the conference, an alternate resolution appeared on the UNFCCC website, stayed there for seven minutes, and disappeared. All it managed to do was to renew charges from some developing countries – most vocally Venezuela and Sudan – that rich nations were trying to do a backdoor deal, counter to the UN principle of doing everything by consensus among all governments.

Observers of the negotiations process have become largely blasé about such moments of drama – they have occurred too many times, especially since the failed 2009 Copenhagen summit.

But they continue to have a negative fallout. Now there is not even any agreement on what governments will tell one another about what they plan to do on their own to combat climate change – in UN speak, Independent Nationally Determined Contributions (INDC). Developing countries want mitigation of GHG emissions, adaptation to climate change effects, finance, technology and capacity building all included in a country’s INDC. Industrialised countries want to stick to mitigation.

As fragile agreements started to break down in meeting room after meeting room, delegates started to air their grievances in public. Talking about one of the pills of the climate convention – common but differentiated responsibilities of developed and developing countries to mitigate GHG emissions – Miguel Aries Canete, European Union Commissioner, said, “We recognise the need for differentiation. However, we don’t agree with a rigid interpretation of it. A more nuanced approach will be necessary.”

Asked to react to what Canete had said, Prakash Javadekar, India’s Minister for Environment, Forests and Climate Change, replied, “Differentiation (between rich and poor nations) must remain as it is.”

Xie Zhenhua, Vice Chairman of China’s National Development and Reform Commission, said, “We are still a developing country. We insist on this in the current negotiations. Our standpoint as a developing country will not change after 2020 (when the 2015 deal is scheduled to come into effect)… All our delegates are standing on the position of safeguarding the interests of developing countries. On the basis of this, we have many contacts with developed countries, to move the negotiations together. We are seeking win-win cooperation, not the pursuit of zero. One side wins it all, one wins nothing, this is not our pursuit. And I consider it a failure. This is our most basic idea.”