Climate activists from the Philippines have been frustrated over the slow progress of negotiations at the United Nations climate change conference in Madrid (COP25) where world leaders from more than 190 nations converged to review and finalize goals set out in the 2015 Paris climate change agreement.

Many activists said they struggled to have their voices heard along with other civil society groups both inside and outside the conference halls where talks are being held. 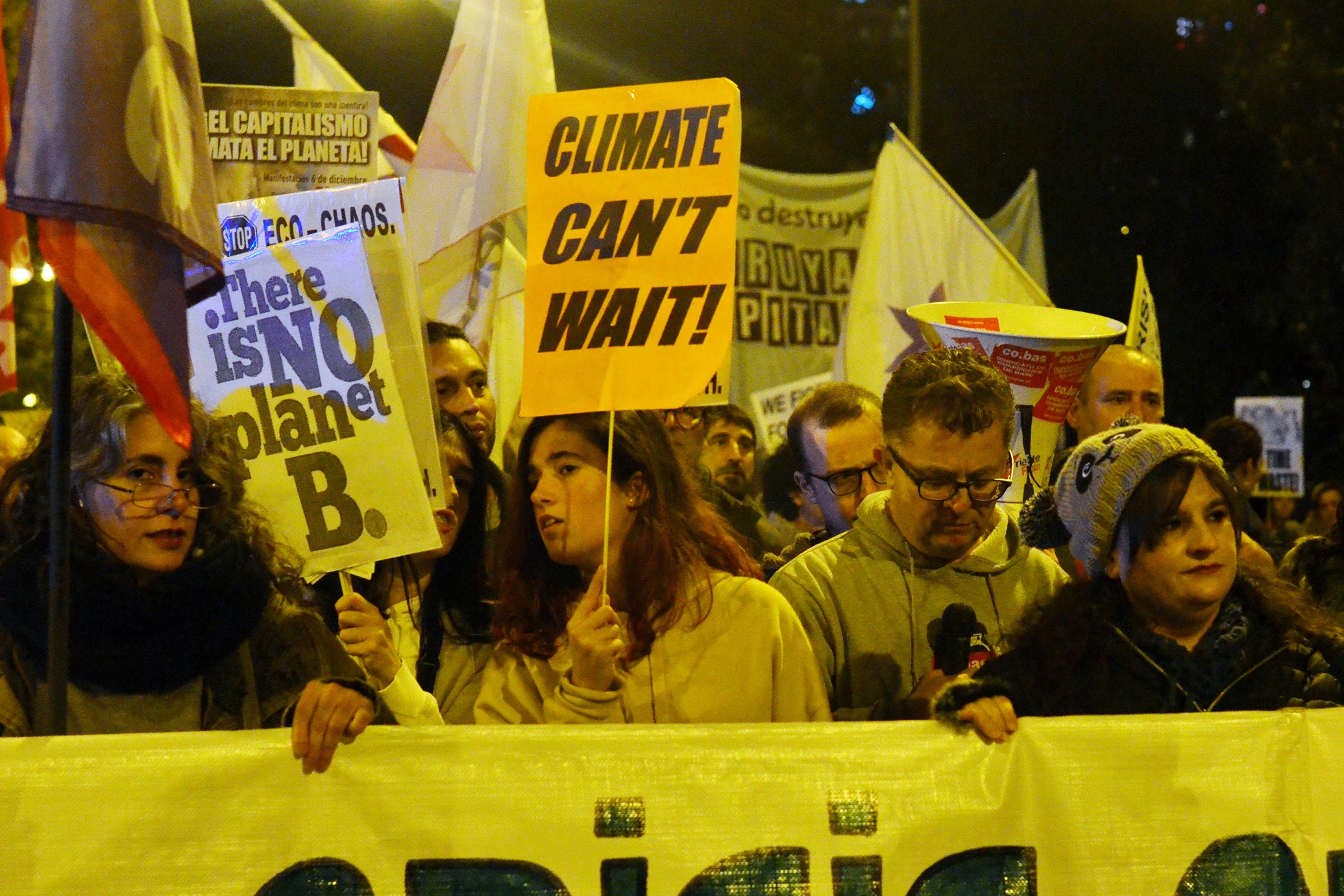 "Climate change is already affecting us all and will continue to get worse, especially for those on the frontlines," said Rodne Galicha, Executive Director of the Living Laudato Si Philippines. "We seek climate justice now."

Galicha said industrialized countries must urgently reduce greenhouse gas emissions by phasing out fossil fuels, particularly coal, and enact a just transition toward renewable energy. He said other issues must also be addressed at COP25, such as the mechanism on loss and damage to help communities avoid or minimize loss and damage to properties, lives and the environment from the changing climate. Mobilizing climate finance from developed to developing countries under the Green Climate Fund (GCF) is also an urgent issue, he added.

”We are one with the faith communities, the indigenous peoples, the youth and the most vulnerable in emphasizing the need for true change in an era of climate emergency. We refuse to accept that once again we are paying the price of carbon,” Galicha said.

The GCF is a financial mechanism that is part of the United Nations Framework Convention on Climate Change (UNFCCC) and serves the goals of the 2015 Paris Agreement.  Last month, the GCF approved a US$10 million grant to the Philippines for the establishment of a multi-hazard, impact-based forecasting and early warning system that would serve as a more proactive and inclusive climate risk management tool for saving lives and resources.

According to the latest Global Climate Risk Index released this month by the international environmental think-tank Germanwatch, the Philippines was the second-most climate-affected country in 2018, after Japan. It was followed by Madagascar, India and Sri Lanka. The report published its results after assessing 181 countries and quantifying the impacts of climate change through economic losses.

The Philippines was hit by Typhoon Mangkhut in September 2018, which was categorized as a category 5 typhoon, the most powerful typhoon recorded worldwide in 2018. The typhoon affected more than 250,000 people across the country. 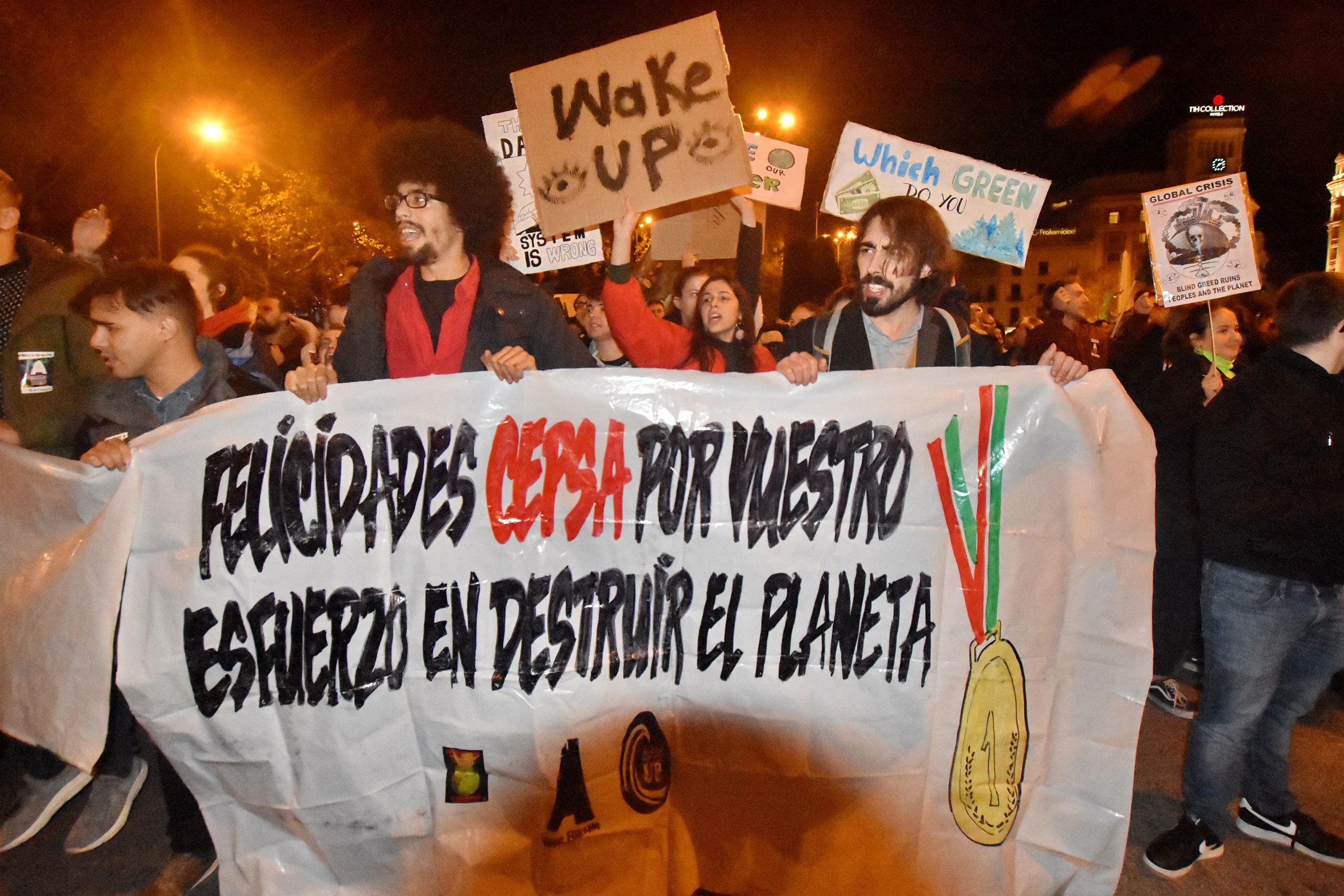 "The climate talks have failed us. We stand in solidarity with people in the communities who are already bearing the brunt from the climate crisis. We are here to raise the issues of climate justice and human rights,” said Naderev “Yeb” Sano, Southeast Asia Executive Director for Greenpeace.

He did so by announcing at COP25 that a report from the Philippines Commission on Human Rights found that 47 of the biggest fossil fuel companies have played a significant role in creating the climate crisis.

"This is a landmark victory for climate justice. The massive body of scientific data, documentary evidence and legal analysis amassed during this three-year inquiry is unparalleled in its depth and scope,” Sano said. “The body of evidence and the Commission’s findings will be useful for future litigants seeking to hold fossil fuel companies accountable for the impacts of climate change and force the rapid phase-out of coal, oil and gas.”

While the Commission itself cannot award damages under investigatory, recommendatory and monitoring powers, Sano said the recommendations in its report may spur legislative action in the Philippines and support international efforts to regulate businesses.

“The survival of the most vulnerable countries relies on the full and urgent implementation of the Paris Agreement, enhanced 2020 action by all countries and robust international cooperation and partnership. We must act decisively now in order for us to survive and thrive,” said Red Constantino, Executive Director of the Institute for Climate and Sustainable Cities (iCSC).

Leaders of the Climate Vulnerable Forum (CVF), a group of 48 countries most affected by climate change, called on industrialized countries to fulfill their commitments in terms of finance, technology transfer and support for climate adaptation measures for the poorest and most vulnerable countries.

“We come to this year’s UN climate talks to unite our voices with our fellow developing countries in the urgent call for climate justice. We maintain the resolve to urge developed nations to provide us sufficient climate finance, technologies and means for capacity building to aid us as we face the intensifying impacts of climate change," Deputy Speaker and Lone District of Antique Representative Loren Legarda said in a statement.

Legarda, who leads a slim country delegation, said in her speech at the high-level segment, that the 2015 Paris Agreement ratified by 187 countries must be fully enforced in 2020. The agreement sets out a global action plan to put the world on track to avoid dangerous climate change by limiting warming to well below 2 degrees Celsius above pre-industrial levels and pursuing efforts to limit the temperature rise to 1.5 degrees Celsius.

In past climate talks, the Philippines has a strong voice in the negotiations process, said Sano, a former Climate Change Commissioner who became the face of the UN climate talks in Poland in 2013 when he wept and fasted for two weeks. Now, he said, “while there are brave souls to represent the country in the COP25, it is a far cry from the days when the Philippines negotiating panel was respected and even feared by the rich countries.”

The negotiations process, Sano added, "needs the best and the brightest" from the Philippines to sit at the negotiations table, defend its interests and fight for climate justice.