Despite its limited contribution to the global greenhouse gas emissions, the Philippines is highly vulnerable to the adverse impacts of climate change. There has been growing recognition of the importance of readiness activities that help local communities to transition to climate-resilient, low-carbon development and scale-up access to climate finance.

Secretary Emmanuel De Guzman, Vice-Chair of the Climate Change Commission said that for countries to be responsive, climate policy must be incorporated in the long-term development strategies of countries, adding that vulnerable nations need better development more than climate change mitigation and adaptation.

“ Challenges brought about by the impacts of climate change, both rapid and slow onset, are getting worse every day we spend doing nothing. Inaction has a price. Countries should embrace the massive co-benefits of ambitious climate action. But of course, this is all easier said than done,” said Secretary De Guzman, also the head of the Philippine delegation to the UN climate talks.

De Guzman shared the Philippines climate adaptation efforts at a side event of the Vulnerable 20 Group of Finance Ministers (V20) at the climate conference in Katowice organized by the Institute for Climate and Sustainable Cities (iCSC) and the Munich Climate Insurance Initiative.

In 2013, the Philippines experienced the onslaught of Super Typhoon Haiyan that wiped out homes, killed more than 7,000 lives, displacing more than 4 million people and destroyed infrastructure and agricultural lands leaving those who survived homeless and without any source of income. Damages reached almost US$5 billion. 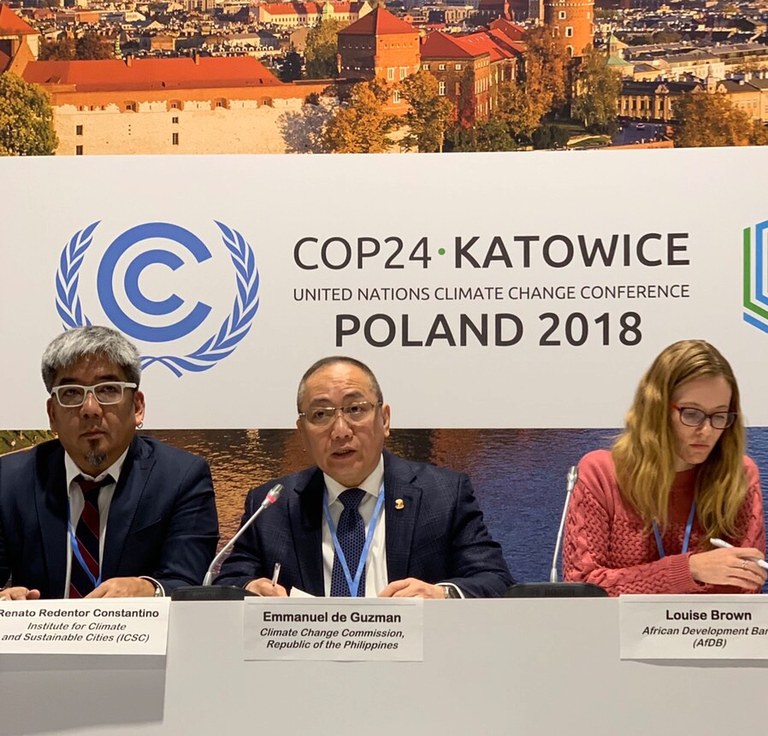 De Guzman added that in terms of climate mitigation, the Philippines in 2017 increased the coal tax by 500% — a move that could provide significant economic, energy security, and environmental benefits. Raising the tax, he said, was a crucial first step toward accounting for coal’s real costs, which have long been ignored. A higher tax, he said, also would begin to level the playing field across the Philippines energy sector, where by virtue of the tax’s de minimis value, coal has effectively enjoyed a government subsidy that has discouraged investments in wind, solar and other clean energy generation resources.

For developing countries like the Philippines, the availability of climate funds and opportunities is always an issue in fully undertaking the high ambitions that the country sets when the Paris Agreement was signed in 2015. According to the reporting database of the Organization for Economic Co-operation and Development or OECD, there is roughly US$2 billion-worth of committed international funds for adaptation in the Philippines from 2010-2017 and 3.3 billion of mitigation finance.

“ These just might be drops in the totality of the global climate finance bucket, but every drop counts for vulnerable countries. We know climate finance is critical and we know it is also limited, in terms of availability and in terms of its inability to cover the more serious impacts, which we call loss and damage. Far more urgent action is needed, and the delivery of climate finance needs to be faster, in greater scale and in more responsive modalities,” Secretary De Guzman explained.

In 2012, the Philippines started transforming its climate finance landscape when members of Congress, through the leadership of Senator Loren Legarda, crossed party lines to pass the People’s Survival Fund (PSF) The PSF is the only national adaptation fund in the Philippines and it sets a high ambition of how inclusive climate financing should look like.

Moreover, as an amendment to the already existing Climate Change Act of the Philippines, the PSF provides much needed predictable funds in support of local climate adaptation action. The Fund follows an enhanced direct access modality through a demand-based access process specifically tailored for local government units and local organizations.

“The PSF strives to respond to specific local adaptation needs of the country by focusing on grassroots-level engagement with local governments and organizations. It is an innovation because it veers away from the conventional top-down planning process from the national government down to local implementers. It shifts the decision-making process of what to ask for and how much to ask to those who are experiencing the situation first-hand,” De Guzman explained.

The PSF recognizes that local governments and organizations are the frontliners to the impacts of climate change. Technical knowledge in proposal design and availability of research to ensure that vulnerabilities are articulated and addressed remains a challenge, the Climate Change Commission recognizes this and is extending guidance and support through various delivery partners including non-government organizations, civil society, and academe.

Moreover, the Fund can also serve as a vehicle to channel premium support towards climate risk insurance solutions to help manage the impacts of climate-related disasters, where adaptation and disaster risk reduction aren’t enough.

The PSF influences these agencies to fast track the mainstreaming of climate action to our overall development strategy. The PSF was crafted to allow international fund resourcing and complementation. By law, the government is required to allocate at least P1 billion or roughly US$ 20 million for PSF.

While the PSF is the Philippines flagship national adaptation fund to undertake domestic action to address climate change impacts, De Guzman said the country is also looking at other funding sources to support more climate actions like grants from the Green Climate Fund (GCF) for bigger adaptation projects.

“ Climate debt must be settled once and for all. It is our moral obligation to lead the country to a more sustainable path and achieve below 1.5C. To welcome and take action on the 1.5C in the climate negotiations process are both moral and inter-generational responsibility,” Rodne Galicha, country manager of Climate Reality Philippines said in an interview at the UN climate summit.

Galicha lamented that the thousands of lives lost serve as a reminder of the consequences of allowing fossil fuels to continue dominating the energy sector globally.

Gerry Arances, Executive Director of the Center for Energy, Ecology, and Development (CEED) expressed his disappointment over the lack of significant policy support from the part of the government to shift from carbon-intensive coal energy to more renewable energy sources such as wind and solar.

“While there has been a global shift towards renewables this year, the Philippines and other ASEAN countries do not seem to be onboard, considering their energy policies and projections,” Arances said. 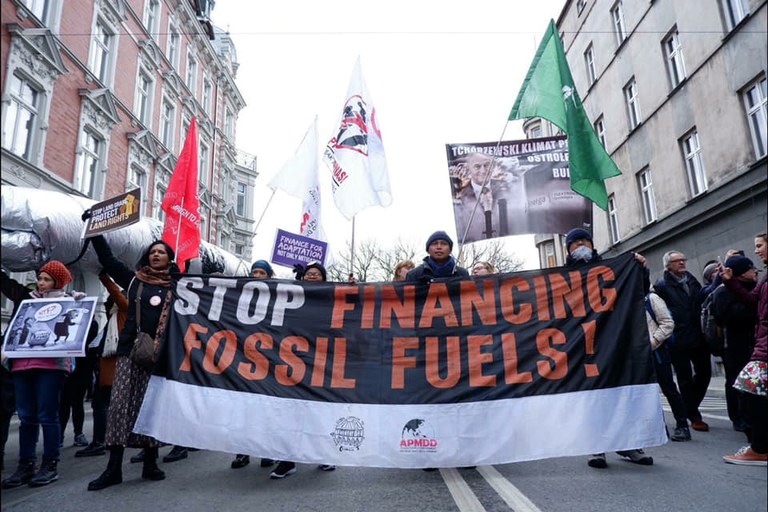 Citing the International Energy Agency (IEA) report in 2017, 70% of global energy demand was met by oil and gas which corresponds to the 1.2% increase in emissions in the same year.

” This means that developing countries like the Philippines and the rest of Southeast Asia can no longer use development to opt out of doing their fair share in cutting emissions,” he said.

Madrid
Images of a static COP