Colombia's Role in the Most Important Biodiversity Meeting of the Decade

Colombia's Role in the Most Important Biodiversity Meeting of the Decade

Canada will host a meeting of 196 countries to decide the new goals of the most important agreement to halt global biodiversity loss in the next seven years.

For several years, we have known that the news about nature is not good at all; the loss of forests and reports of endangered species are a constant presence in the daily discussion. But there is also data to support this perception. WWF's Living Planet Report 2022 concluded that, between 1970 and 2018, there was a 69% decline in the abundance of mammal, bird, amphibian, reptile and fish populations.

Latin America is the most critical case: the decline was 94%. The biodiversity crisis, then, is undeniable, and will have increasingly visible consequences.

To reverse the problem, between December 7 and 20, representatives of 196 countries will meet in Montreal, Canada, to reach the most important agreement in more than 10 years to protect the planet's animals, ecosystems and natural resources. But it's not just about conserving nature; protecting biodiversity has everything to do with our own health and well-being, since it provides us with, to name just a few things, the air we breathe, our water and much of our food.

This meeting is known as the United Nations Conference on Biodiversity (COP15) or the meeting of the Convention on Biological Diversity (CBD).

"The time has come to change the trajectory of our planet and, consequently, the future of humanity," said Elizabeth Maruma Mrema, executive secretary of the CBD, at a press conference.

Beyond replicating the warning messages, it is expected that, at the end of the summit, an agreement will be reached on the Post-2020 Global Biodiversity Framework, the set of targets to help halt biodiversity loss until 2030. Taking into account the serious crisis mentioned above, experts like Mrema hope that this pact will be as important as the Paris Agreement to fight climate change, the document where commitments were established to prevent global temperature from exceeding 1.5°C by 2100.

There is already a draft of this agreement, but there are still several points that generate disagreements. One of these relates to funding for biodiversity. Participants are expected to achieve a $200 billion increase in public and private money to protect nature. But there are several other goals such as conserving at least 30% of the world's terrestrial and marine areas, reducing the rate of introduction of invasive alien species (such as hippos in Colombia) by 50%, and reducing pesticide use by 33%.

Colombia's participation in COP15 The Convention on Biological Diversity, broadly speaking, seeks to ensure three things: the conservation of biodiversity, the promotion of its sustainable use and that the benefits of the use of genetic resources (such as plants or seeds used for agriculture) are shared fairly.

In practice, meeting these goals means not only protecting important natural areas, such as the Amazon, but also making changes in land-use and business planning to incorporate nature into decision-making. "Colombia, along with other tropical countries, is an important player in this discussion, as it is a megadiverse country," says Laura Bermúdez, from the Ministry of Environment, and one of the country's negotiators who will participate in COP15.

There is great expectation about the role that the country can adopt in the negotiations, especially because of its track record in other negotiation spaces with other countries and some of the decisions taken by the current government, says Ximena Barrera, director of Government Relations and International Affairs of WWF Colombia.

Barrera points out that initiatives such as the carbon tax, in the Tax Reform, and the proposal of President Gustavo Petro to reduce the foreign debt in exchange for Colombia to advance measures to address the climate crisis, are an example of the current interest in the issue of biodiversity.

"In this order of ideas, Colombia has managed to make more widely visible the risks it faces as a country vulnerable to the effects of climate change, which in turn implies the loss of its natural heritage", emphasizes Barrera.

What will the Colombian delegation focus on specifically?

Sandra Vilardy, vice-minister of Environmental Policies and Standardization of the Ministry of Environment, indicated that there are three messages that the country will highlight during COP15: the need to incorporate precise participation mechanisms for indigenous and Afro-descendant peoples in decision-making on nature; that the effect of climate change on the biodiversity crisis be made clear; and that the agreement incorporate a focus on how "damages and losses" to ecosystems" will be addressed.

"In tropical countries like ours, where, for example, glaciers, páramos and coral reefs are going to have effects, perhaps we have already crossed the point of no return and that has implications and this is not being seen with sufficient emphasis in the Convention," Vilardy explained about the latest message.

Bermúdez, from the Ministry of Environment, points out that there are other key issues in Colombia's negotiating position. One of them, for example, is how to integrate other sectors, in addition to the environmental sector, to create specific commitments within the framework of the new agreement. A good example is agriculture, as there are at least two specific goals that talk about changes for that sector. Goal 7, for example, seeks to reduce the sources of contamination for biodiversity and this implies reducing the use of chemicals, such as pesticides.

Bermúdez adds that the Ministry of Mines and Energy will be another actor that will have to join the discussion and, possibly, make specific commitments. On the issue of financing, there are still several doubts, but what is clear is that resources must be guaranteed to implement the goals that are agreed upon.

"It has been said that we cannot depend solely on international cooperation," says Bermúdez, and that implies discussions about the contribution-public and private-that each country would assume.

On December 16, the Colombian delegation will launch the financial accelerator mechanism, although there are not yet many details about what will be presented. Vilardy adds that the Colombian delegation will also stress the importance of the new framework including clear targets and indicators, so that progress can be measured globally. The idea is to avoid the agreement having the same outcome as the previous biodiversity targets: the Aichi targets.

In 2010, in Aichi Province, Japan, the CBD countries committed to 20 targets to halt biodiversity loss by 2020. These were known as the Aichi Targets, grouped into a set of five broad goals. Although it is difficult to establish with certainty what progress was made in meeting them, several biodiversity experts agree that the achievements were minimal. This is serious for several reasons. Biodiversity science groups, such as the Intergovernmental Science-Policy Platform on Biodiversity and Ecosystem Services (IPBES), have reiterated that we must act now to halt biodiversity loss. Failure to do so would not only cause major losses of several species, but also endanger human health.

In addition to this, a recurring question ahead of COP15 is: if the Aichi targets 'failed', what would ensure that this new agreement does succeed?

Paula Bueno, Policy Advocacy Specialist at WWF Colombia, indicates that there are several keys to the new agreement. "The first thing is that it must be very clear that there are exact and measurable goals. With the Aichi, it was difficult to know if they were met or not because there were no goals as such, only objectives," he says.

Barrera, from WWF, adds that a strong implementation mechanism should be included, as well as strengthening the follow-up and periodic evaluation processes to see how compliance with the goals is progressing. For Bueno, however, there are good lessons to be learned from the Aichi targets. "They were very cool targets, because they were to the point and clear," she says. In that sense, she argues that the new agreement should aim to be practical and concise. Will an agreement be reached? The short answer to this question is that there will be an agreement. The doubt is how ambitious it will be or whether consensus will be reached on the thorniest issues, such as financing or changes in the agriculture sector. "The agreement has always moved under the precept that nothing is agreed until everything is agreed. Each country has certain red lines it will not cross, but the outcome of the agreement is beyond prediction," explains Bueno.

Between December 3 and 5, the group of negotiators from all the countries held the last meeting to fine-tune details of the final agreement before COP15 begins. Around 9 a.m. this Tuesday, details of what was decided in this last meeting are expected to be available. WWF's Bueno indicates, however, that there is a general consensus among the countries on objectives such as promoting conservation and restoration measures, the need to manage the territories in an integrated manner and with the participation and inclusion of the communities. On the economic issue, she says that "it is clear that there is a need to address economic models that better integrate nature, but I don't know how we are going to establish a specific goal there. In addition, she says, "today more than ever it is clear that the cost of not investing resources in biodiversity loss is much higher than investing in a timely manner, this is being made much more visible by the private sector, there is much awareness that this is true".

This story was produced as part of the 2022 CBD COP15 Fellowship organized by Internews' Earth Journalism Network. \It was first published by El Espectador on 6 December 2022. It has been translated to English and lightly edited for length and clarity.

Banner image: The meeting will bring together 20,000 attendees from around the world / Felipe Villegas for Humboldt Institute. 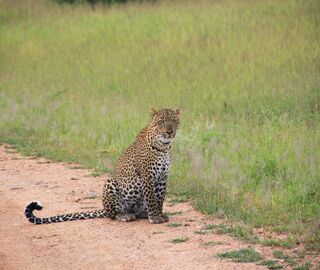 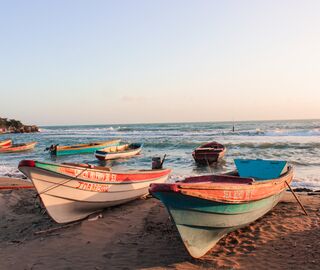