The survival of China's national mascot is being further threatened by large-scale forest clearing and commercial plantations, says new report. 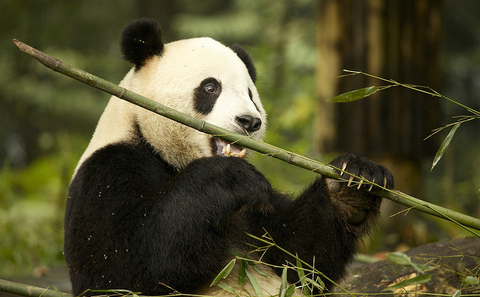 Local governments in Sichuan are exploiting a loophole in the law to clear natural forests and replace them with commercial plantations, posing further threats to the giant panda and China's already-declining biodiversity, says a recent report released by Greenpeace.

Construction of roads, railways, mines and hydropower stations and the felling of forests is preventing different panda populations from mixing. If that fragmentation continues, 24 of the 33 communities will be at risk of loss.