Attapeu, LAOS_Lao authorities say negotiations have begun over compensation for the victims of last summer’s Xe Pian-Xe Nam Noy Dam collapse, but environmental activists and rights campaigners want the dam’s backers to do more than just pay out money – they want them to help restore the victim’s livelihoods, too.

More than 7,000 survivors of the disastrous collapse of the hydropower dam in southern Laos’ Sanamxay district have been struggling to survive for nearly seven months. 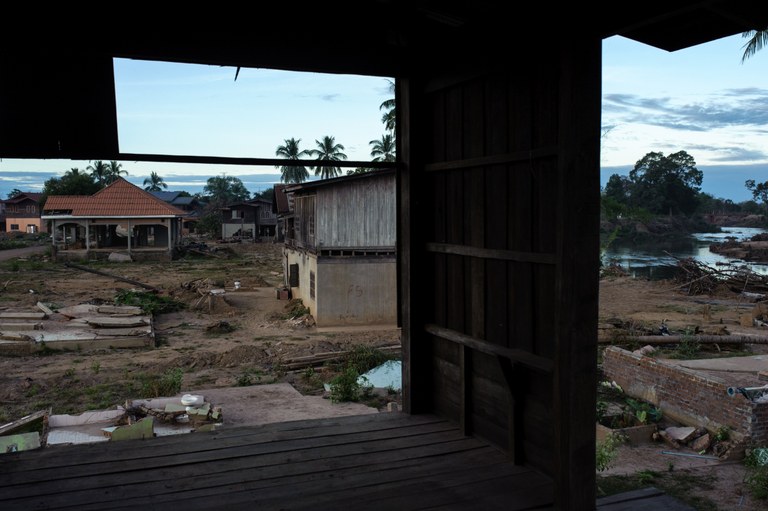 Ban Mai is one of the most affected villages by Xe Pian-Xe Nam Noy dam collapsed in July. The Lao government estimates losses at more than US$15 million alone in this village / Credit: Visarut Sankham

Now they’ve had their first glimpse of concrete progress, with the foreign investors in the controversial dam project finally preparing to pay them compensation for their losses.

Washington-based Voice of America Lao (VoA Lao) last week reported that the Lao government and investors had begun negotiating with the affected families over the amounts of compensation they’re due for damage to and destruction of houses and property.

“The list of vehicles has been prepared, so negotiations with the dam’s investors can now start in Ban Mai,” Bunhom said, referring to one of six impacted villages. “Once an agreement is reached there, they’ll move on to other affected villages one by one.”

Remedial payments for damage to homes, crops and other property will be discussed later, he said, insisting that the negotiations must proceed step by step. 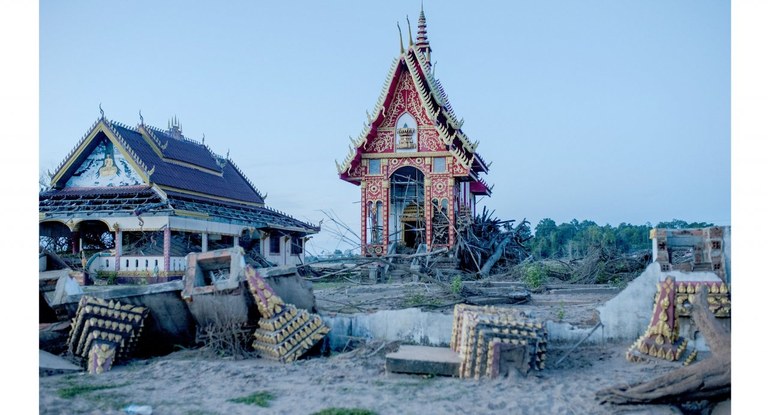 Clear evidence remains at a temple in Ban Hinlat of the destruction caused by deadly flash flooding triggered by the collapse of the Xe Pian-Xe Namnoy hydropower dam last July as negotiations over compensation inch forward / Credit: Visarut Sankham

Victims of the disaster, which occurred last July after a section of the dam collapsed and buried more than 55,200 hectares of land under deep floodwater, are currently receiving a monthly subsidy of 100,000 kip (US$11.65), a daily allowance of 5,000 kip (US$0.58) and 20 kilograms of rice per month from the government.

The dam investors agreed in January to pay US$10,000 (Bt320,000) in compensation to the next of kin of each of the 71 people officially declared dead or missing. Most of the relatives reportedly consider the amount too little.

“In the longer term, the companies must develop an emergency-response plan and ensure the projects they’re investing in will have the least possible impact on people and the environment.”

The investors were, meanwhile, providing humanitarian aid and donating money, SK E&C said in a statement issued one month after the July disaster. The company said it had organised an “emergency response team” to try and alleviate the impact of the flooding, restore damaged infrastructure and distribute medicine, food and clothing.

SK E&C also erected temporary housing for displaced persons in the Sanamxay area at the request of provincial authorities.

Ratch said it had donated Bt5 million in disaster-relief aid to officials in Attapeu Province, where Sanamxay is located, and launched multiple fundraising efforts, with the cash given directly to the victims or used to buy them supplies.

Neither company had responded as of publication time to The Nation’s request for an update on their plans for compensating people whose property was destroyed or damaged. 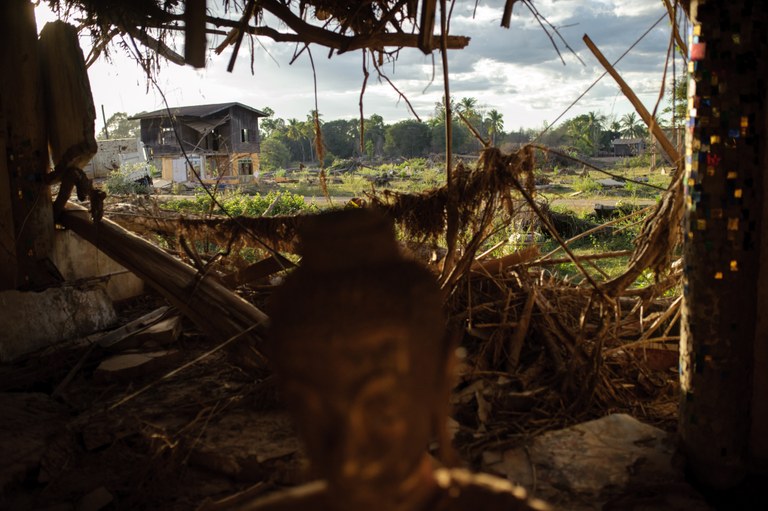 Worawan Sukraroek, a coordinator with the Thai Extraterritorial Obligations-Watch Working Group (Thai ETO-Watch), said the investors’ efforts to date were far from what was needed to help the disaster survivors regain their livelihoods.

“They must do more than just giving the people money and moving on,” she said. “They have to provide all necessary aid by any means to help rebuild the people’s livelihoods – to at least the level they enjoyed before the disaster – and as soon as possible.

“In the longer term, the companies must develop an emergency-response plan and ensure the projects they’re investing in will have the least possible impact on people and the environment.”

Noting that the three companies are based in Thailand and South Korea, Worawan said they were obligated to adhere to the United Nations Guiding Principles on Business and Human Rights.

They have to ensure that their projects, both in their own countries and abroad, met the proper rights-protection standards, she said. 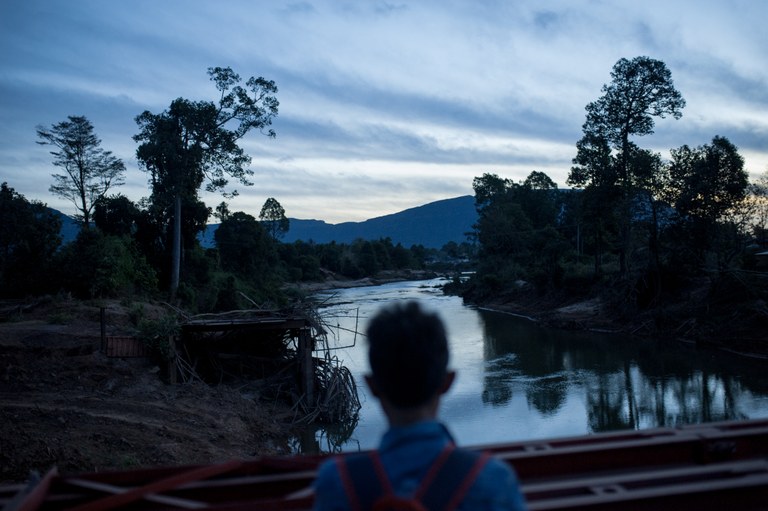 A view of the broken Xepien bridge that connects Ban Mai village and Thasamong. The bridge was damaged during the flash flood from dam collapse / Credit: Visarut Sankham

The UN principles make corporations responsible for preventing rights violations in their operations and investments and for mitigating adverse impacts with “appropriate and timely measures.”

They also require governments to ensure that their citizens’ rights are respected and are protected from violations by private firms. They give the victims of violations the right to appropriate and prompt compensation and easy access to communication channels by which to complain to the authorities.

South Korea is also a member of Organisation for Economic Cooperation and Development, Worawan noted, which obliges multinational development firms to follow specific guidelines that set a high standard for good corporate governance.

“We hope that the other transnational companies and the Lao government will show more concern about rights protection at other investment projects,” Worawan said.

Xe Pian-Xe Namnoy hydropower dam is a US$1.2 billion joint venture project between SK E&C, KOWEPO and Ratch, along with Lao Holding State Enterprise. It was intended to generate electricity capacity of 410 megawatts, 90 percent of which would be sold to Thailand.

This is the fifth in a series of reports related to the fallout of the disaster at Xe Pian-Xe Namnoy Dam in southern Laos. It is adapted from the original story, which was published in The Nation on January 21.

Reporting for this story was supported by a grant from Internews’ Earth Journalism Network and Southeast Asian Press Alliance.

Laos
Can Laos afford to be the ‘Battery of Asia’?