The Paris Agreement will not take effect on schedule in 2020 if negotiators continue bickering the way they have during the first week of the December 2-14 United Nations climate summit in Katowice, Poland. 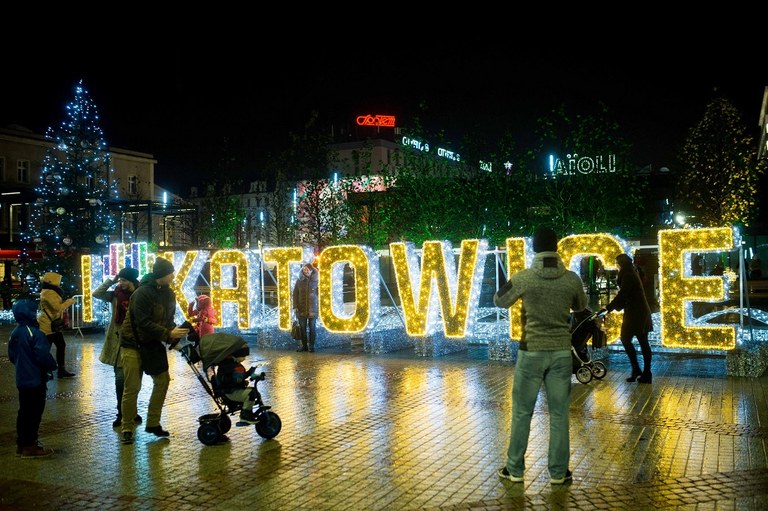 While the city of Katowice glittered for its visitors the climate negotiations have been dark indeed / Credit: cop24.gov.pl

Over the past few weeks, the global scientists’ collective has warned of the dangers of inaction, the global doctors’ collective has described the diseases worsened by climate change and how much worse they can get, scientists have released measures showing that emissions of greenhouse gases that warm the air have gone up in 2018, the UN has reported on the ever-widening gap between current emissions and the level to which they need to be brought down, and from Kerala to California, from Odisha to Australia, storms and droughts and wildfires worsened by climate change have killed people and devastated economies.

But the real world still cannot penetrate the bubble that is the annual summit of the UN Framework Convention on Climate Change (UNFCCC), in which bureaucrats negotiate ad nauseam over which country will do how much and pay how much. They have been at it since 1995, and the situation has worsened with the election of Donald Trump as U.S. President. His delegates are determined to play spoiler.

As the U.S. vacates the climate leadership space, instead choosing to stymie talks at Katowice, China and India have been hesitant to step into the breach. “We would let our actions speak rather than our words,” India’s environment minister Harsh Vardhan told thethirdpole.net while discussing the leadership issue. “We are in favour of a balanced agreement,” said Arun Kumar Mehta, India’s head of delegation.

China has been similarly cautious in its public statements. Xie Zhenhua, China’s special representative for climate change, declined to comment on specific issues facing the Katowice summit. “We will meet your [India’s] minister and take stock of the situation,” he told thethirdpole.net.

The signing of the Paris Agreement at the 2015 summit was a rare bright moment in this process. But the agreement cannot come into effect on schedule in 2020 without a rulebook, and the negotiators from 195 governments cannot agree on the critical parts of it. It remains to be seen if their environment ministers — expected to arrive in droves during the second week of the Katowice summit — can do better. Past summits do not provide much reason for hope. The Kyoto Protocol — predecessor to the Paris Agreement — was signed in 1997 but came into effect only in 2005.

The good news is that climate finance is being mobilised, mostly from private funds. Large developing countries are getting it, but not the smallest and the poorest, which often have the least bankable projects. That is where public finance can play the vital guarantor’s role, but there is no information on how much public finance will be available. Latin America, one of the regions most vulnerable to the effects of climate change, has been asking throughout the week for a larger commitment by developed countries on funding.

The transparency logjam may negate progress made on other issues. Developing countries hit by heat waves, droughts, storms, floods and rising sea levels have persuaded rich countries to resurrect the once-bankrupt Adaptation Fund so that they can seek some money to deal with these impacts. However, there is still no agreement on how this section will read in the Paris rulebook, largely due to opposition by U.S. government delegates who are still in all the negotiating rooms. Despite Trump’s declaration that his country will pull out of the Paris Agreement, the U.S. cannot legally do so until 2020. 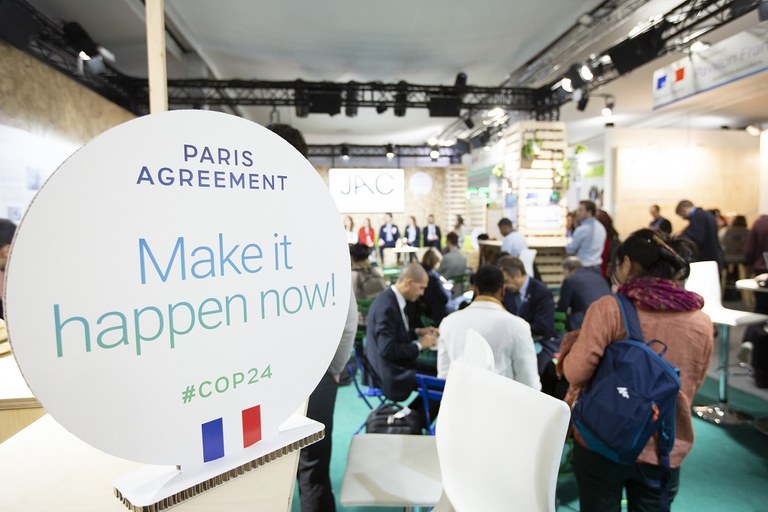 Much depends on how the Paris rulebook is framed, and every word is being bitterly contested / Credit: cop24.gov.pl

For impacts that are beyond adaptation, the issue of loss and damage has been brought to the fore in the teeth of opposition from the U.S., Saudi Arabia and a few other countries. Compensation for such loss and damage is still a distant dream, but a start has been made by a training programme for the poorest countries on how to deal better with such disasters.

Sven Harmeling, Global Policy Lead on Climate Change and Resilience at CARE International, said, “We do not yet have all the answers on how to address loss and damage and how to finance the needs of poor countries, but we must start acting now. Developed countries who are committed to the Paris Agreement, like the European Union, New Zealand and Canada, must work proactively with vulnerable, developing countries to jointly push for a strong rulebook, rather than hide behind the inaction of the U.S.”

There was progress even over the vexed issue of transfer of green technologies without poor countries having to pay full patent costs.

However, as a veteran climate negotiator has said over the years, in these annual summits “nothing is final till everything is final,” and the logjam over transparency, especially financial transparency, can unravel agreements in other areas.

Bickering over a word

The prognosis can only be as gloomy as the rainy winter sky in this coal-mining town ringed by thermal power plants. The world has been jolted by the special report of the Intergovernmental Panel on Climate Change (IPCC) this October, which pointed out in graphic detail the dangers of global average temperature rise beyond 1.5 degrees Celsius from preindustrial levels.

But the negotiators could not even agree on whether they “welcomed” the report or “noted” it. All developing countries and the European Union wanted to welcome, but this was opposed by the U.S., Saudi Arabia, Kuwait and Russia.

The U.S. delegate even said, “The IPCC’s acceptance of the report does not imply that the U.S. endorsed it.” Teary-eyed pleas from at least one developing country delegate failed to move the spoilers. The debate will continue, probably overtaken by events in the real world.

It is now clear that the pledges made by countries for the Paris Agreement will not keep global temperature rise within the two-degree limit they agreed to. It is probably leading to a three-degree warmer world, a fearful prospect given the current impacts in a world one degree warmer.

Governments have been asked to ratchet up their ambitions in what is so far an informal process called the Talanoa Dialogue. In the formal UNFCCC process, there is provision for a global stocktake of Paris Agreement pledges in 2023.

During the first week of the current summit, delegates could not agree even on the modalities of this exercise, leave aside increasing ambitions. Developing countries want to maintain differentiation with developed countries, while the U.S. strenuously opposes it.

On many of these issues, there is no consensus among developing countries either. The poorest among them as well as the small island nations want stronger climate action, while larger economies such as those of China, India, Brazil and South Africa oppose it on the grounds that if the Paris Agreement unravels, it will be difficult to come to any agreement at all. In the meantime, most of their climate pledges are still considered insufficient to reach the Paris Agreement targets.

Among industrialised countries, the European Union is on a completely different page from the U.S. but is scared to say so openly, especially in light of the recent riots in Paris against fuel price hikes and the pro-coal position of summit host Poland. Using the recent riots as an excuse, Trump took to Twitter to question the Paris Agreement, describing it as “ridiculous” and “extremely expensive” and calling for its end.

As delegates left the summit venue late on Saturday night, one wondered, “What will happen to the whole Paris Agreement Work Programme (as the rulebook is officially known) if we had so much trouble over one word — welcome or note (the IPCC report).”