Malaysia has sent 20 delegates to COP15, where negotiators seek to agree upon a post-2020 Global Biodiversity Framework to halt biodiversity loss by 2030.

About 17,000 delegates from 196 countries, including Malaysia, have gathered in Montreal, Canada, for the United Nations (UN) 15th meeting of the Conference of the Parties (COP15) Biodiversity Summit to reach a global agreement on protecting Earth’s environment.

The two-week international biodiversity conference, which began on Dec 7, will witness countries working to agree on a major new set of rules for reversing biodiversity loss in the Post-2020 Global Biodiversity Framework (GBF).

“Humanity’s war on nature is ultimately a war on ourselves. That’s why I called for a peace pact with nature – a bold post-2020 GBF with quantified and targeted goals that address the root causes of this destruction,” said Guterres.

“It’s time for the world to adopt an ambitious biodiversity framework – a true peace pact with nature – to deliver a green, healthy future for all,” he said at the opening ceremony of COP15 at Montréal Convention Centre on Tuesday.

Executive Secretary of the Convention on Biological Diversity (CBD), Elizabeth Maruma Mrema said people need to pay attention and the negotiators need to get this right because ‘biodiversity underpins our very existence on this planet’.

“It is the food we eat, the water we need, we use, we drink, the clean air we want to breathe, the goods and services, the health, in terms of medicines,” she said.

The Post-2020 GBF has set out 22 targets to be met by 2030 in a bid to stop the decline of ecosystems and to begin to restore habitats and species.

The targets include conservation, sustainable use, and benefit-sharing, as well as addressing drivers of biodiversity loss subsidies and finance, strengthening the role of Indigenous peoples, local communities, youth and women, and other stakeholders.

It will be the first global framework on biodiversity adopted since the Aichi Targets in 2010 which was made in Nagoya, Japan.

COP15 was set to be held in China in 2020 but was postponed multiple times due to COVID-19 pandemic restrictions – and later moved to Montreal where the headquarters of the convention’s secretariat is located.

Since 1993, parties to the UN CBD have met regularly to agree on and review the steps they are taking to implement the three objectives of the convention, namely: to conserve biodiversity, utilize it sustainably, and ensure fair and equitable sharing of benefits arising from its use.

Malaysia is sending 20 delegates to COP15 – led by the Ministry of Natural Resources, Environment, and Climate Change – and will participate in negotiations and side events at the Summit.

This story was produced as part of the 2022 CBD COP15 Fellowship organized by Internews' Earth Journalism Network. \It was first published by Nam News Network (NNN) and the Malaysian National News Agency (Bernama) on 8 December 2022. It has been lightly edited for length and clarity.

Banner image: Malaysia is one of the world's megadiverse countries. Pictured here is an orangutan at Sepilok Orangutan Rehabilitation Centre, Sabah, Malaysia / Credit: Mokhamad Edliadi for CIFOR via Flickr. 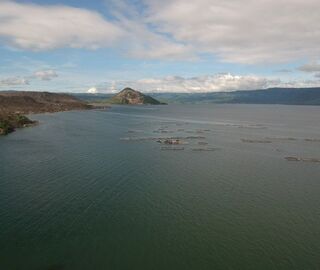