Attapeu Province, LAOS_Some of the victims of the Xe Pian-Xe Namnoy Dam collapse in southern Laos received compensation recently for family members killed when a flash flood unleashed by the collapse swept through their villages. But their futures, like all those uprooted by the disaster, remain in limbo.

Some victims worry that the land where they’re being relocated is too arid and lacks water, making it unsuitable for living and farming. And for many, the process of claiming compensation from dam investors is still dragging on. 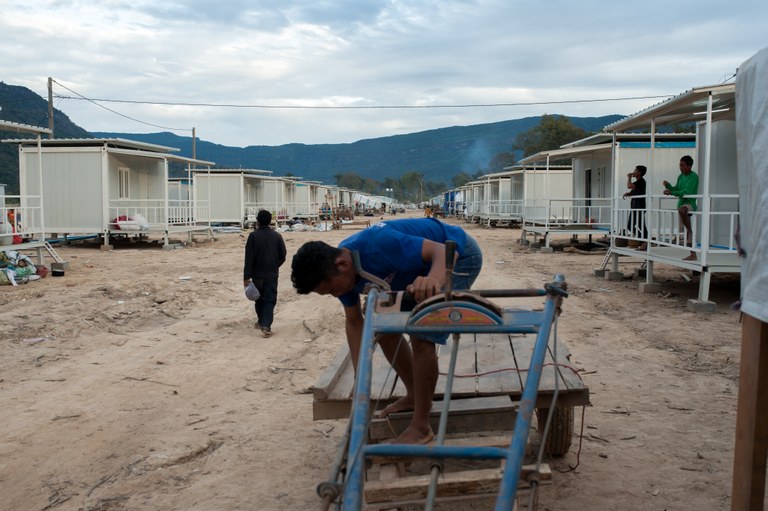 People have begun moving from tents in Ban Bok camp into temporary residences in Ban Mai, with smaller families of up to four people going first / Credit: Visarut Sankham

The dam is part of a major hydropower project intended to generate more than 400 megawatts of electricity, most of which will be sold to Thailand. When a section of the dam collapsed following monsoon rains in July, it displaced more than 4,500 villagers.

Amid a lack of clarity from the government on resettlement, displaced villagers say they are worried about the future at their new homes and their livelihoods.

“The authorities told us we could not move back to our old village again because it was unsafe and another disaster could happen. So they are finding new land for us on higher ground to rebuild and to farm and the dam companies are building the houses for us,” said Wan Pongthongsee, the village headman of Ban Samong, one of six communities so severely damaged by the flash flood that it had to be abandoned.

All the villagers were then moved to the Pindong camp, where authorities told them to stay for a few months until the dam builders completed construction of a new village.

Bounhome Phommasane, the district chief of Sanamxay where the disaster occurred, told ABC Laos News in October that every displaced resident would be able to move into five newly built villages the following month.

“Even though the village construction is slower than planned, we can now see where our village will be and where we can farm because the site has already been cleared and construction is now progressing,” Wan said.

Yet Wan said he was concerned about water scarcity at the new site, since all five villages are on hillsides that once held arid deciduous forest. 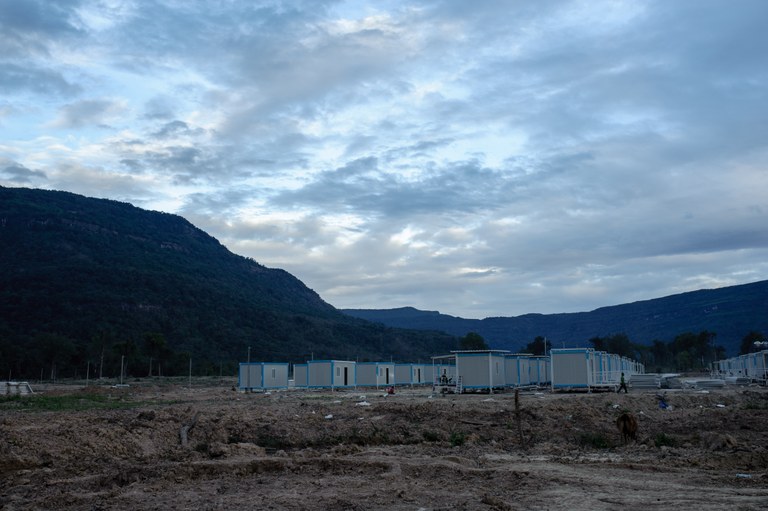 “The people here are mostly rice farmers – we were living on the fertile river plain, which is abundant with water all year round. If we move into the new village, we will have to live in an unfamiliar arid environment where we cannot grow rice and will find it very difficult to find clean water,” he said.

As he showed this reporter the site of his new village, it was clearly visible that an entire hill of deciduous forestland had just been cleared. Tree stumps and some fallen timber remained on the dry, red soil.

Wan said the authorities had already acknowledged his concern and told him they would encourage everyone to do contract farming for large food companies, growing cassava instead of rice. The authorities will dig groundwater wells to provide clean water for the villagers, Wan was told.

Lao Prime Minister Thongloun Sisoulith said in an official statement that the main priority for the government was to assist the affected people in every way so they could get back to their normal lives.

In the statement Thongloun stressed that building a new habitat for the dam victims and moving them in as soon as possible was an urgent task. Since farming is the main economic activity in the area, he ordered the local authorities to allocate land for the displaced people to farm.

Also, to prepare for population growth in the new communities, Thongloun ordered construction of new primary schools, clinics and other basic infrastructure.

In January he told local authorities to start drafting a city development plan for the district to prepare for the larger population.

To ensure a better quality of life and safety for the area, the prime minister ordered the entire power system of Sanamxay district to be renovated to boost electricity stability.

The government is also planning to install four meteorological stations in Sanamxay to monitor weather patterns in the hope of preventing a recurrence of the disaster, Thongloun said. 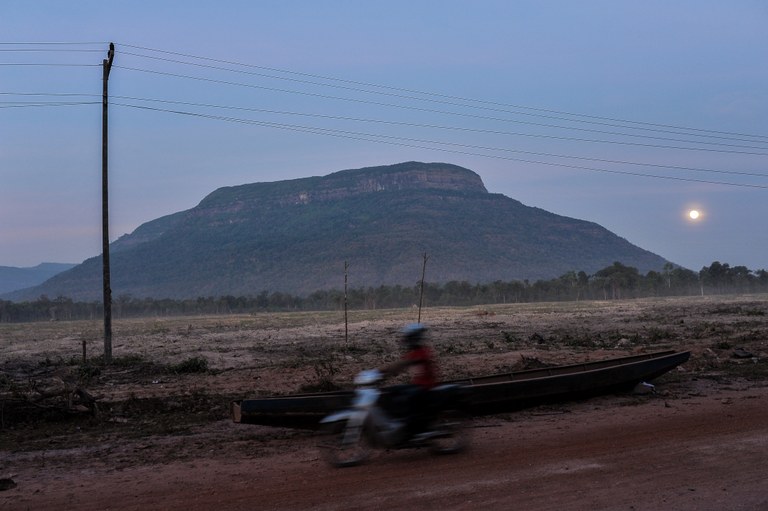 The vast area near Don Bok temporary residence is being prepared for the construction of permanent houses. The project expects to finish within 3-5 years/ Credit: Visarut Sankham

After months of deliberations, the government recently reached an agreement with the dam project owners regarding the amount of compensation owed to the families of dead and missing persons.

On January 25 the Prime Minister’s Office issued an order directing SK Engineering and Construction, the South Korean dam construction company, and Xi Pian Xe-Namnoy Power Co, the dam operator, to pay US$10,000 (Bt320,000) for each of the 71 people officially accounted for as deceased or missing.

If more deaths from the disaster are uncovered later, the companies will have to pay the same compensation to the relatives.

The Attapeu Provincial Authority was assigned to distribute the money, and Malee Sisoulith, the prime minister’s wife, led officials on January 26 to Sanamxay to hand it out.

Katouk Singsouvong, a volunteer from Attapeu, said that even though the relatives of the victims seemed happy about finally receiving the money, they remained sad and disappointed.

“No one thinks that the life of their loved one was worth only $10,000, but for the people who lost everything in the disaster, the amount is better than nothing,” Katouk said in an interview via Facebook Messenger.

Earlier last year, the government gave the families of those who died in the flood 1.5 million kip (around $180) as a subsidy. But it took months for the government and the dam’s project owners to reach an official agreement on compensation.

Apart from compensation for deaths and those who are missing, a Lao official speaking on condition of anonymity said the government was pressing the dam project owners to reach a settlement on the proper amount of compensation owed for damaged property.

The affected people will have to wait until the government and dam companies can agree on the amount, the source said.

This is the third in a series of reports on the fallout of the disaster at the Xe Pian-Xe Namnoy dam in southern Laos. It is adapted from the original story, which was published in The Nation on January 28. 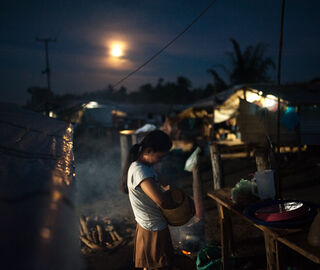 Laos
Left to fend for themselves in Laos