For Indigenous Bunong communities in the northeastern Cambodian province of Mondulkiri, deforestation and other environmental challenges are changing the way they eat.

Six hours away from the capital city, our car slowly approached Mondulkiri province, the highland area in northeast Cambodia surrounded by forest, waterfalls, and nature that in recent years has become a popular travel destination for both local people and foreign visitors.

Mondulkiri is well known for its indigenous groups that account for around 80 percent of the population, most of which are ethnic Bunong, and food culture is a fascinating way to explore this indigenous group who attach themselves to nature and forests. This connection can be seen in a dish called “Samlor Prong” that gets its name from the Bunong word for bamboo and indicates the utensil that is used to make this traditional soup.

For this mission, Focus made contact with Mr. Pyan Chren, Vice President of the Natural Resource Protection Community in Pou Traeng village, and Ms. Tes Sreynich, a village outreach volunteer and representative of Bunong young people in the village. These two locals brought us to experience Bunong daily life and prepare traditional Samlor Prong.

To get the best out of the natural vibes, we traveled to Chrey Thom waterfall, a great location to harvest freshly grown bamboo for the dish.

This traditional soup uses signature ingredients such as fish or other meat or prahok, Thai eggplant,  dry or fresh chilies, and a type of garlic-like herb. I expected the dish to look like other soup dishes, but Samlor Prong turned out to have a unique preparation, texture, and taste.

The dish is started by pouring water into a cut bamboo section that is placed vertically on the fire. After the water gets hot, the ingredients are added one by one and let rest there for 30 minutes until it fully boils with a great smell. Then the chef uses another small piece of bamboo to scramble all the ingredients until they blend together perfectly, making a thick soup.

Mr. Chren, our chef, explained that the dish uses young bamboo because this type can boost the heating process, the bamboo itself can make a great flavor and one section can be used up to 5 times.

While cooking, Mr. Chren told us that before, Bunong people also used wild animal meat that they hunted as one of the ingredients since this is a typical dish eaten when people go into the woods.

A dish made with natural ingredients and a waterfall cooking experience allowed us to further explore the culture and livelihood of the Bunong community in Mondulkiri province.

From the conversation between the Focus team and Mr. Chren, we observed that from one generation to another, the recipe went through various changes alongside the modernization of their community.

Today, the Bunong no longer go to the forest to get fresh and natural ingredients and instead go to local markets. This change affected the latest generation and many young people do not know the very old traditions of their food culture.

Spending a night in Dak Dam at a Bunong village brought me one step closer to the group and I spent my time observing changes in the Bunong community that has made them look almost like the Khmer except for some traditions that are still kept.

The northeast people’s traditional houses that look rather like a turtle’s carapace, covered by leaves or straw roofs and built on the ground, are being replaced by two-story wooden houses and modern clothing is becoming more common among the Bunong.

For visitors who want to experience community life with the Bunong people, they can spend time at Dak Dam eco-community homestays where the main attractions are the famous Orndung Sne, an eel-like, curving road where beautiful “Instagrammable” photos can be taken, and Dak Dam waterfall, not too far from the district.

The desire to see development while preserving Bunong culture, traditions, and habits is an important message from both Mr. Chren and Mrs. Sreynich.

“I want to see development, but I also want the next generation to preserve their culture, traditions, and habits," says Mr. Pyan Chren, vice president of the Natural Resource Protection Community in Pou Traeng village.

The changes in Bunong life, traditions, and culture have a strong connection to the situation in this area during the last decade. Traditionally, Bunong communities lived closely with each other, practiced rotational cultivation and animal husbandry along with harvesting the forest for rattan vine, resin, cardamom, and honey.

However, trends of population growth and deforestation have made huge shifts in this indigenous culture and my meeting with the group led me to research the current situation in the province among Bunong communities.

According to the Final General Populations Census 2019 published by Cambodia National Institute of Statistics, Mondulkiri has a total population of 92,213, increasing from 61,107 in 2008. In Dak Dam district alone, there was an increase from 306 families in 2008 to 498 families in 2019.

Global Forest Watch published data showing that Cambodia had a dramatic forest decline from early 2000 until 2018 and Mondulkiri, Ratanakiri, and Kraties provinces are currently listed as protected areas under the World Wildlife Fund for Nature in Cambodia since they are affected the most by deforestation and wood smuggling. The demand for rubber and rosewood, driven by their value, are the main industries fueling Cambodian deforestation.

A report from the Ministry of Agriculture Forestry and Fisheries showed that 71% of indigenous people in Mondulkiri depend on farming and natural resources to make a living and for the Bunong community, land and forest are the most significant aspects that contribute to their lives. Indigenous communities also have strong beliefs in animism, making the forest even more crucial.

Mrs. Sreynich stressed the importance of the forest to the Bunong, “Major woods are lost, some are privatized while others are being preserved. That makes the community’s life and forest walk change.”

Our protagonists also raised the legal challenges that the Bunong are facing.

“Two major problems that we have seen and impact the most are deforestation and economic land concession,” Mrs. Sreynich explained. “Since Bunong have limited knowledge regarding legal matters, exploitations by private foreign firms usually happen and even there were some complaints filed, there weren’t any proper responses.”

Indigenous people originally managed nearly 4 million hectares of remote evergreen and dry deciduous forests. There is no official data on the total number of land concessions in Cambodia but according to Licadho’s data, there is an estimate of around 300 land concessions owned by both local and international firms. Even with the 2001 Land Law that was supposed to protect indigenous communities, the lack of implementation and enforcement has left indigenous peoples vulnerable.

As of 2018, only 24 indigenous communities received communal land titles under the Land Law while many others had no official land title from the Ministry of Land Management, Urban Planning, and Construction, except for soft titles obtained by local authorities.

Injustice in legal matters and modernization put the Bunong community in Dak Dam at risk of losing their identity but some groups are working to help Cambodia’s indigenous groups.

Back from Mondulkiri, in order to get more insight into the Bunong community in Dak Dam, I arranged a short discussion with Young Eco Ambassador (YEA), a dedicated group of young people who created a project with the Dak Dam community to promote eco-tourism and homestays.

YEA’s project with Dak Dam community was created in 2018 the team cooperated with legal associates on a co-management project aimed at providing justice and community protection that include studying the area, map drawing, and bringing more economic opportunities to people. From this, YEA conducted a study on livelihood development and found that this community has an eco-tourism potential.

Along with YEA’s promotion on social media and their cooperation with Der Prey, another youth-led conservation group, they provided education on forest exploring, first aid, and training in hospitality and services management to the community. The teams made an itinerary for the forest exploration program, trained the community to manage it and published brochures, and distributed them to spread awareness of the project.

YEA also led a youth camp to Dak Dam where many young people helped community members redecorate and prepare their homes for guests. Another milestone that YEA made with the community was training a volunteer family to farm passion fruit with the help of a technical expert.

Lover of nature and adventurous, co-founder and executive officer of Young Eco Ambassador, Aing Sereyrath believes that helping preserve nature and restoring indigenous culture is work anyone can do, whether we are students or stakeholders.

“The primary help that young people could bring is to know and understand indigenous communities,” she said.

Spending time with people in the community, staying with them, listening to their stories, and trying to learn their culture are the main things that can bring youth closer to understanding the issues facing indigenous communities.

“The primary help that young people could bring is to know and understand indigenous communities,” she said.

Spending time with people in the community, staying with them, listening to their stories, and trying to learn their culture are the main things that can bring youth closer to understanding the issues facing indigenous communities.

Another important way that youth can help is the promotion of the community to make more people aware of the tourism potential, Sereyrath added.

This will bring further connection between indigenous people and the public and can also create cultural preservation ideas once these communities realize that people pay attention to their livelihood.

Mondulkiri’s weather in February is windy and dry but somehow brought another kind of beauty.

3 days in this province didn’t only bring me into the Bunong people’s lives but also into their unique culture and the problems they are facing. The changes in their culture and livelihood provide an undeniable message provoking the next generation to start paying attention to major shifts in community and nature and homestay communities provide one answer in the form of tourism promotion.

We may think natural and cultural preservation are the responsibility of decision-makers or stakeholders, but after you witness their life, you realize that what affects nature today will be the same thing that affects the public tomorrow.

Sereyrath concluded, “The loss of nature will become an impact for the future economy and society.”

This story was produced with the support of Internews' Earth Journalism Network and was originally published in Focus Cambodia in English and Khmer on 26 April 2021. It has been lightly edited for length and clarity. 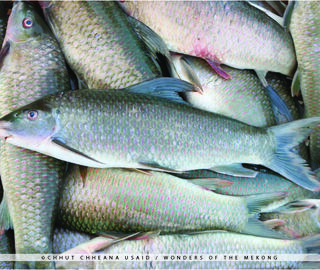