Blue crab is caught year-round in Kampot, Cambodia, sustaining the coastal province's fishing economy. But nearby urban development is posing a major threat.

Kampot has a lot to offer. About 138 km south via National Road 3 from the bustling capital’s high-rise buildings, this province is rich in potential thanks to the sea, nature and historic colonial buildings.

Apart from the interesting tourist destinations and natural sites like Bokor Mountain, Kampot is well-known for its marine resources. One of four provinces bordering the Gulf of Thailand, Kampot’s seven registered fishing communities supply local markets as well as people throughout the country.

When speaking of Kampot, I always think of the dense and delicious cooked blue crab from this province, as my family often visited two or three times a year before the Covid 19 pandemic.

Blue crab can be made into many dishes. It can be steamed and eaten with Koh Kong fish sauce or with Chha Kdam Misou (cellophane noodles), however,  if I have to choose between these two dishes, I prefer Chha Kdam Misou.

In general, Chha Kdam Misou dishes can be made using either blue crab or stone crab. This is a recipe from Ros Ratanak’s cookbook, Nhum, that uses stone crab, but blue crab can easily replace it as the main ingredient.

First, you need to clean the crab shells, then remove the crab’s lungs, cut the crab into 4 pieces and remove the fat from the shell for later use.

Soak the black mushrooms in hot water and then in cool water for 5 minutes. You need to soak the noodles in clean water and cut them after that. Then you fry the garlic until it turns brown, cook the crab until it turns red, and add black mushrooms. Then add the crab fat, palm sugar, salt, soy sauce, oyster sauce, stir well and add glass noodles. Once the noodles are clear, add the spring onion and give it one last stir. After it is cooked, you can add cilantro and Kampot pepper to the dish for additional taste.

A fishing community in Kampot Province

As a reporter trainee at Focus: Ready for Tomorrow I was excited to do a story about Kampot’s blue crab for Cambodian Eats! in which I would go to taste the delicious dish and learn about the crabs and the fishermens’ lives with my own eyes. Unfortunately, the third community outbreak of Covid-19 was widespread, and we were discouraged from visiting.

But still curious about the community as a whole, especially the crab fishing, I contacted Trapeang Ropov community chief Tith Rin, who spoke with me on the phone from the village, about 30km outside Kampot

When I asked Rin about the community, he explained that it consists of Prek Kreng and Trapeang Ropov villages, borders Sihanoukville and the Prek Tnaot fishing community, and is about 3 km long and 1251 Hectares in size.

The fishing community has a population of around 538 Khmer and Khmer-Muslim families, with about 70 to 100 families working in crab fishing.

Mr. Les Nu is a Khmer-Muslim crab fisherman who has been fishing since he was young when he started with his father. Crab provides the main income for Les Nu, where he can earn around 100,000 riels (25 USD) per day, although he also keeps a side job as a motorcycle sales agent.

“[Crab fishing] provided [for] my family, such as food, support for my children’s education, or support [financially] to join the wedding or other ceremonies; joining those ceremonies every year costs a lot,” said Mr. Les Nu.

In addition to its crabbing economy, Trapaeng Ropov also became a tourist destination, thanks to ecological conservation sites such as mangrove forests and fish sanctuaries. Community guides take tourists to see these natural attractions and provide visitors with fresh seafood, including crabs, shrimp, squid.

“I can see that tourists were coming to visit the site before the severe Covid-19 outbreak. They bought the seafood from fishermen. I saw the momentum of their life was good,” said Tith Rin. “I saw the better shape of their economy because we have established it for the ecotourism community.”

Despite its natural biodiversity and yields of marine resources, the coastal areas of Kampot province are not at peace with direct and indirect challenges.

Similar to other countries in Southeast Asia, land reclamation for development purposes exists in coastal areas and Kampot is a prime location for both resorts and seaports.

A huge project to develop a large port has threatened the Trapeang Ropov community since 2015 and aims to fill land in Trapeang Ropov and Prek Tnaot fishing communities.

“After a while, they took a step back after the provincial hall’s ordering them to stop.  By that time, they were still making moves to prepare the paperwork to request for the development of that place,” Tith Rin explained. “Now the owner of the company who wants to do the land reclamation passed away[…] but I do not know what the descendants want to do next, I do not know yet, but they ran the legal papers to the top already.”

While this development has stalled, another project has compelled traditional fishermen in other villages to pursue their occupation in the waters of neighboring communities.

“Because at their place, there is the development of a new port, filling up hundreds of hectares of land to fill the sea, thus affecting their livelihood, and they came to invade our place where there is no such impactive activity,” explained Rin.

The actions led to conflict, violence and even the crashing of fishing boats in the water.

A research paper on the organization of fishing communities in Cambodia by the Food and Agriculture Organization of the United Nations (FAO) wrote that the challenges faced by fishing communities in Cambodia are fishing using destructive fishing nets at (73%), trawling by larger boats (37%), illegal fishing by vessels from other countries (17%) and the pollution of coastal waters (10%).

Despite these issues, the community’s fishery yield has not noticeably decreased, according to the community chief, local fishermen and government officials.

While the impacts aren’t yet as extreme as in other places, if these issues continue and proper conservation measures aren’t put in place, the community’s fate is uncertain. “I think in the future it will face risks,” Rin said. “So if they are fishermen, they would sell boats, sell their property, migrate, or work in the factories.”

Les Nu has similar concerns. “If there is an option, I want my children to start a different business.”

In the face of these man-made ecological issues, there are groups working to save the region’s valuable marine resources.

A collaboration between Kampot Provincial Fisheries Administration and the UNDP that could help protect the blue crab fisheries is called the Crab Bank and has been in operation since 2008.

This is a program where pregnant crabs are stored until their eggs hatch, after which the baby crabs are released back into the sea. The Crab Bank provides loans to fishermen and requires the principal to be paid back in cash, but the interest is paid in pregnant crabs. According to the conditions of the community, the interest is required to be repaid monthly, with two crabs serving as payment for a loan of 100,000 riels (25 USD).

“We have a budget for the fisherman, they borrow money from us,” Rin explained. “At that time we do not receive money (interest), we take the crab with eggs so that we can drop them [to store].”

Beyond programs like the Crab Bank, I wanted to know what ordinary Cambodians can do to reduce the loss of marine resources. To better understand these issues and possible solutions, I spoke with Ms. Thap Rachana, Executive Director of the Marine Conservation Cambodia, an NGO located in Koh Ach Seh established to research and conserve marine resources.

She advised Cambodians in general and young people in particular to find out where their food comes from before buying.

“Our young Cambodians should think a lot about the benefits and sources of the food (seafood) they eat, whether it affects the resources or biodiversity in the seabed,” she said.

She continued that we should consider using our hearts and brain to take action on whether we should continue to purchase these products.

Speaking with Tith Rin and the Tapaeng Ropov fishermen has helped me to better understand their lives and the challenges they face. The richness of nature in that province provides plenty of possibilities for the community in Kampot to rely on as well as potential conflict for them.

People should find out about the sources of their seafood rather than taking them for granted since not knowing where the marine animal came from can unknowingly support illegal fishing.

Although some problems, such as the decline in the number of crabs and other marine animals, have not yet occurred noticeably in this area, as citizens of one nation, we must preserve those natural resources.

As Thap Rachna concluded, “Humans should respect nature, then nature will provide abundance to us later.”

This story was produced with the support of the Earth Journalism Network. It was originally published on Focus Cambodia as part of their Cambodian Eats! series, funded by EJN's Asia-Pacific project, which seeks to explore how climate change and other environmental challenges are altering diets and food in Cambodia. This story has been lightly edited for length and clarity.

In this short behind-the-scenes video, the young journalists who worked on the Cambodian Eats! series relate their experience of navigating Covid-19 travel restrictions and share what the project meant to them. 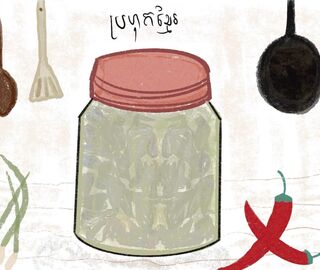 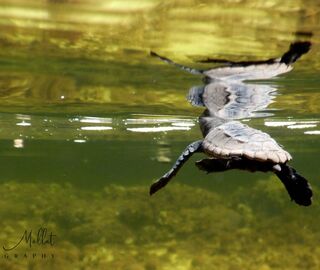