The illegal removal of stones from rivers in the Bandarban region of Bangladesh is resulting in water shortages for local indigenous communities who depend on the rivers for their livelihood.

The illegal removal of stones from Bandarban’s streams in the south-east of Bangladesh is a long-standing problem. For more than a decade, a huge number of stones has been extracted from various streams in this hill district. The matter has even reached the High Court. Even then, the arbitrary extraction of stones from the streams has not stopped yet. As a result, streams are drying up; nature and biodiversity are under threat.

A report aired by 71 TV in February 2019 portrayed that 10,000 cubic feet of stone were being extracted daily from Thanchi in Bandarban at that time. As a result, about four hundred water streams dried up. The local indigenous peoples in Bandarban protested against the stone extraction by organizing human chains at various places; there was no less protest at the national level too. In 2019, following a joint petition by Association for Land Reform and Development (ALRD), Bangladesh Environmental Lawyers Association (BELA) and Kapaeeng Foundation, the High Court declared stone extraction to be illegal and placed an order on authorities to take action against it.

Despite the ruling, the extraction of stone continues. It is known from various sources that the stones are mainly extracted in the summer and winter seasons. Tha activity is closely connected with the implementation of development projects in Bandarban. It has been said that till now, all the concrete required for the construction of roads and in various construction projects in Bandarban has been provided by the stones extracted from the local streams.

Meanwhile, the United Nations Convention on Biological Diversity (CBD) released 'A New Global Framework for Managing Nature through 2030' at the Biodiversity conference held in Nairobi, Kenya, where it committed to ensuring sustainable development by 2030 and to reaching a level of living in harmony with nature by 2050. But the way Bangladesh is approaching the management of its natural resources is a matter of considerable concern.

The consequences of stone extraction

Following a recent field visit to Thanchi Upazila (administrative region) of Bandarban district, it is seen that stones have been extracted from the streams around the newly constructed road. Sinia Mro, a development activist of Thanchi Upazila said the projects of the 32-km Thanchi-Alikdam road that was built in 2006, the Thanchi Upazila Parishad building which was built in 2014, the ongoing construction of Alikdam-Kurukpata road, and the Rowangchhari-Ruma-Thanchi road project all used raw material extracted from the local streams to produce concrete.

The extraction of stones from these streams is causing several problems. In this regard, Hapru Mro (70), a local community leader of 373 no Parda mouza of Thanchi Upazila added that for the construction of the ongoing Thanchi-Likri road project, stones are being extracted from the Ram-O water stream, the stream upon which the local villagers are dependent for their livelihoods.

"If there are no stones in the water streams, there are no snails, no crabs, no fish, and no shrimp." said local community leader Hapru Mro.

He also stated: “Now the cold water is getting warm and is getting polluted and undrinkable.”

On the way to Hapru Para village, a distance of about 12 kilometers from Thanchi Upazila Sadar, it is seen that a water tap has been installed two months ago by the Union Council to supply water for 25 families. The tap water comes from a stream at a distance of 8500 feet. However, local Union Council member Kirkhen Mro said, "Maybe some water is available now because it is the rainy season. But water isn’t available during the summer and winter dry seasons. As a result, we suffer a lot.”

"The absence of stones is causing a kind of red layer to form on the water and due to this many people are suffering from various skin diseases." Rutai Mro (55), a Mro woman from Hapar Para village said, “During summer, water has to be collected from far away by walking 2-3 kilometers on a rugged path. Even then, there is no pure water accessible.”

Besides, Rowangchari Upazila, under the same district, is no exception. Many villages in this Upazila are also struggling with water shortages. Munlai Bawm, Karbari (village head) of Lunglai Bawm Para of 338 Rawangchari Mauza said: "The water shortage is severe in my village now. There is a shortage of drinking water here and even daily use water is not available. Due to the lack of water, the people of the village don't take baths in weeks. I don't even get to take a bath in peace after working day-long at my Jhum field (slash and burn cultivation)."

Moreover, it is known that the Khumi indigenous villagers of Sangkipara of Taracha Union of the same Upazila are being forced to move due to severe water shortage.

Even as the water has decreased due to arbitrary extraction of stones from the streams, the sources of fresh water are also getting polluted due to the lack of stones in the streams, the locals said. Some Karbaris of Thanchi Upazila said that nine Mro indigenous people died due to diarrhea in Yongnong Para, Mentang Para and Ram-O Jhiri Para of Thanchi last June. They also think that this is happening due to a lack of pure water.

The Mro indigenous community, the second largest community in Bandarban, also includes a considerable number of nature worshippers. Apart from Crama (the Mro's ancient religion) followers, there are also different practitioners including Buddhists, Christians and nature worshippers. Among them, the villagers of Chami Para, a village of Mro indigenous peoples who are nature worshippers, expressed their sorrow following the stone extraction. Rengpun Mro, Karbari, the village head said, “We who worship nature, offer a kind of Puja [prayer] to water streams. If someone in a family gets ill, we organize this Puja called 'Sangphu'. With this Puja we gather energy from the water streams. And our diseases are cured. But the way the streams are drying up, if there is no water how can we perform this Puja? From whom will we take energy?"

Buddha Jyoti Chakma, a representative of Prothom Alo, involved in journalism for a long time in Bandarban, said, "In the entire Chittagong Hill Tracts, about 90% of people depend on surface water except for a few areas in the plains and riverside. As most of the hilly areas are rocky, it is difficult to get underground water by digging the ground. Therefore, the Indigenous peoples of Chittagong Hill Tracts have to rely on natural streams all year around. So, they are suffering a lot following the extraction from the streams.”

Chakma also said, "The natural forest is getting depleted. As a result, the surface water is drying up. On the other hand, the stone that holds the water at the bottom of the water streams is also being extracted. As a result, the bottom of the streams is filling up with the mud that comes with the rainwater. As a result, the water streams are drying up and dying."  He also reiterated that local indigenous peoples are facing water shortages in many remote areas, and that as the stream water is getting contaminated, people are suffering from various water-borne diseases.”

When contacted in this regard Juamlian Amlai, president of Chittagong Hill Tracts Forest and Land Rights Conservation Committee, said, "If nature is not allowed to continue as it should, then such danger will come. Earlier it used to flood in Sankha river [a very rich river of Bandarban] but now there is not enough water there. Jhum paddy is also unable to grow as the water level has gone down.” Apart from this, this indigenous leader thinks that 'those who are the protectors are now the destructors', causing danger to nature and adding to the suffering of indigenous peoples.

"We always say that the development that is not for ‘people’, is not really ‘development’." Zobaida Nasreen, Professor at the University of Dhaka's Anthropology department.

The development that is taking place is threatening nature and local people, she pointed out. "It restricts people's access to and rights over natural resources."

Mentioning the case of extracting porcelain and sand in Sherpur, an indigenous-inhabited area in the plans, Nasreen also said, `It’s not only happening in Chittagong Hill Tracts. I don't even think there is any space for any kind of monitoring.”

With regard to stone extraction, she said, "There may be issues where there is a tender for lifting 20 tons and they are lifting 2,000 tons. But there is no monitoring. As a result, the administration does not have any studies and programs [to alleviate] the sufferings of the local people. That's why things are happening."

She noted that there's a huge gap between the "the development discourse of the government and human development discourse." Policymakers do not understand that the life and diversity of the indigenous people of Chittagong Hill Tracts and plains depend on nature, she said. Apart from this, the professor of Dhaka University also thinks that the local indigenous peoples are suffering from the excessive negligence of the government.

In this regard, Syeda Rizwana Hasan, executive director of Bangladesh Environmental Lawyers Association (BELA), said, "In recent times, it has been observed that sand traders, stone traders, brick kiln owners are not obeying the court's orders. The main reason for this is the collusion of the administration in their mischief. The administration is legally bound to follow and obey the orders of the court. If not, we will approach the court again."

This story was produced with support from the Internews’ Earth Journalism Network's Green Recovery project. It was originally published in Bangla in IP News on 27 July 2022. It has been translated to English and lightly edited for length and clarity. 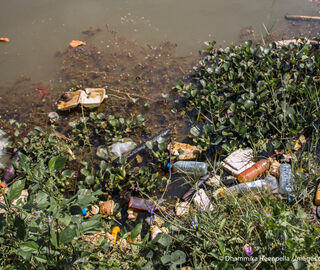