Eight countries come together to protect Bay of Bengal

The Third Pole
,
Bay of Bengal

Eight countries come together to protect Bay of Bengal

With a major GEF grant, countries set aside political differences and try to restore the mangroves and coral reefs of the world’s largest bay 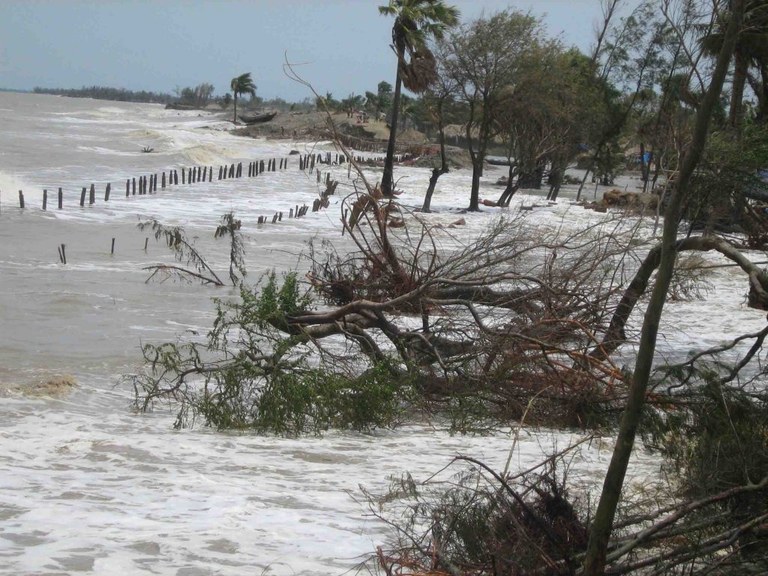 The Global Environment Facility (GEF) has just approved a grant of USD 15 million for the Bay of Bengal Large Marine Ecosystem (BOBLME) project, led by the UN Food and Agriculture Organisation (FAO). The project aims to promote sustainable fishing, reduce marine pollution and improve the lives of approximately 400 million people who live along its coasts.

This second phase of the project in the world’s largest bay – with an area of over six million square kilometres – will involve all eight countries along its coastline: Bangladesh, India, Indonesia, Malaysia, Maldives, Myanmar, Sri Lanka and Thailand. The approval came at the once-in-four-years GEF summit that ended in Danang, Vietnam, on June 28.

With 3.7 million local fisher people, 8% of all mangroves and 12% of all coral reefs around the world, the need to protect the Bay of Bengal has long been evident, which was why the project was started over ten years back. 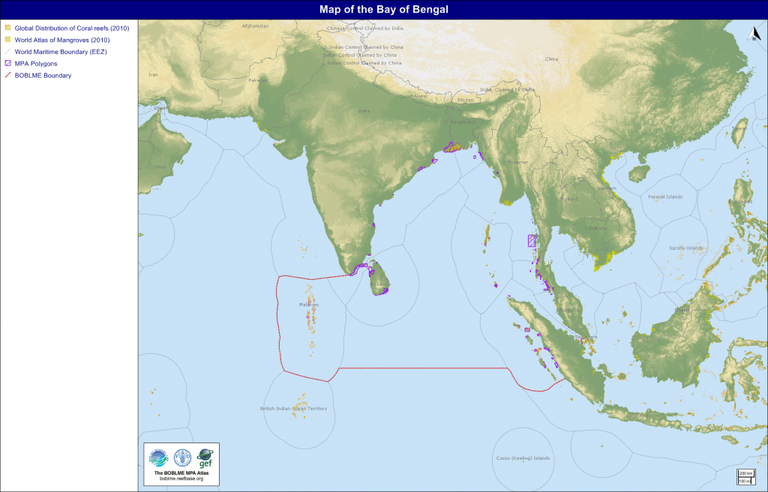 Explore the interactive map of the Bay of Bengal here.

That first phase of the project has just ended. Of course, all those involved realise that the GEF grant is nowhere near what is required. But they expect that the eight governments will pitch in and use the grant to raise around ten times as much in co-financing.

The biggest achievement of the BOBLME project first phase has been to “foster transboundary cooperation and build trust between states,” according to Rudolf Hermes, the expert from the FAO who played a key role during the phase.

In the Bay of Bengal, there are well-known problems between governments – over the Palk Strait between India and Sri Lanka, over the chain of islands off the Myanmar-Thailand border, and so on. Even when there is no conflict, it has been difficult to agree on a joint management plan, as with the Sundarbans – the world’s largest mangrove forest, which straddles Bangladesh and India.

The first phase of the project has done a lot to build trust, said Hermes. “We were told we could not get a regional programme going when two regions were involved – four of the countries are in the South Asian region, and four in the South-East Asian – but we have shown it can be done. Now is the time to build on this start.”

Exactly what will the second phase do? “It’s an environment programme with a fisheries focus, and it will also focus on pollution and livelihoods,” Hermes said.

Filling in the gaps

Sevvandi Jayakody of Wayamba University, Sri Lanka, who was deeply involved in the first phase, said that when the project started, there was “inadequate dialogue, inadequate information on shared fish stocks, lack of transboundary dialogues. The first phase handled all this positively by increasing knowledge about the ecosystem, promoting regional coordination and cooperation and by starting to improve ecosystem health through transboundary demonstration activities.”

“Now we know the size of hilsa and other shad and mackerel stocks and how they move, thanks to a detailed study from India’s Central Marine Fisheries Research Institute,” Jayakody added. “The Marine Biological Association of India has also done excellent work. Overall, the best training in phase one was the ecosystem approach to fisheries management.”

Now all eight countries have national baseline pollution reports. All have signed up for the phase two strategic action programme.

What are the priorities for this second phase? According to Jayakody, it is to “strengthen protected areas, strengthen the capacities of local communities to safeguard the bay and make fishing sustainable, adapt to the effects of climate change, and overall to restore the habitat.” 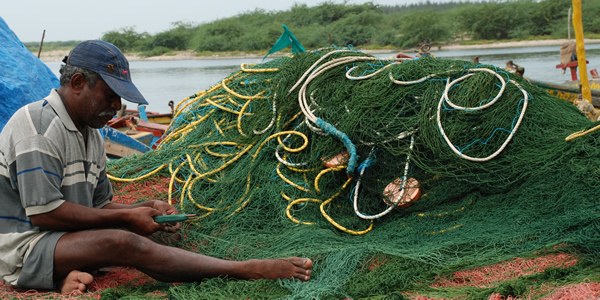 Fisherman on the Bay of Bengal / Credit: BOBLME

In the coming phase, the project will focus on protection of mangroves and of endangered marine species like the dugong (also known as a seacow), Jayakody said.

Then there is the big issue of sewage management, since that is the main source of pollution into the Bay of Bengal. The plan is to make a start on this through a project financed by the Asian Development Bank to manage garbage in Mandalay, the city on the Irrawaddy river in Myanmar. Jayakody said another issue the project would have to tackle was fishing gear abandoned all around the coastline.

As for the people who live along the Bay of Bengal, the strategic action plan has a whole section on improving the livelihoods of local artisanal fishers and improving the resilience to climate change for both fishers and farmers.

The key requirement here, Jayakody pointed out, will be to move towards integrated land use planning, “particularly for forestry, fishery and tourism.”

A key problem now is that there is little money for mangrove regeneration and conservation, though all experts agree that it is essential, since mangroves are the main nurseries of almost all fish and other marine animals. Mangroves also protect the coastline by tempering the effect of high waves from the sea. “We’ll have to harmonise mangrove conservation and socio-economic development,” said the academic. “We have to use demonstration models of sustainable mangrove management and provide alternate livelihood options” for people now dependent on cutting mangroves down.

According to Jayakody, “Phase one of the project worked because there was a large number of partnerships. I expect the same partnerships and more in phase two.”

Nikunja Kishore Sundaray, Joint Secretary in India’s Ministry of Environment, Forests and Climate Change, said that the first phase of the Bay of Bengal project had worked because “it has been technically very sound.” He expressed confidence that this would carry on during the second phase.