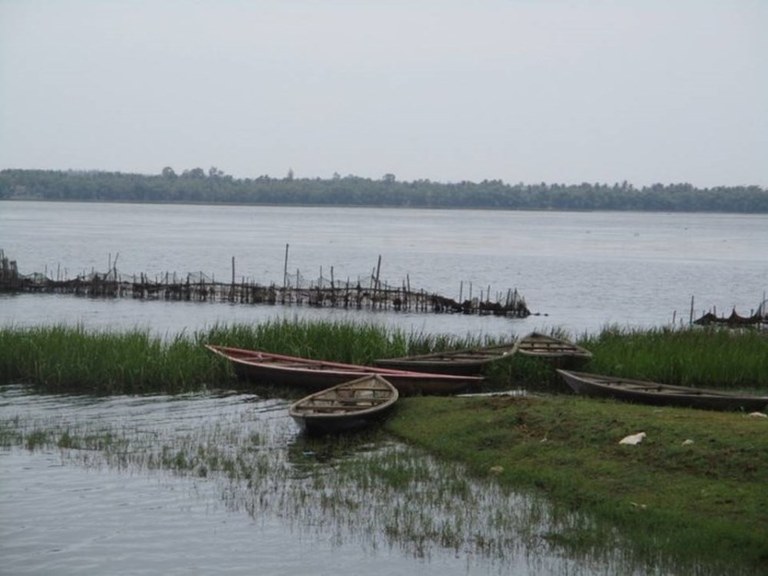 On June 28th, the closing sessions of the GEF Assembly’s six day discussions and conferences, those whose livelihoods heavily rely on fishing in the Tra O lagoon, the largest wetland area of Binh Dinh province, blocked three cars carrying the project officials on site.

The incident went after a project was approved on June 12 by leader of the Binh Dinh central province, currently hosting the 2018 Viet Nam’s every two year miss contest with motto of Green Living. Its decision may set the benchmark for sitting large solar panel facilities in rural areas rather than desert or offshore ones nationwide.

Vietnam has seen a boom in renewable energy projects in a bid to meet the nation’s hungry demands for power after government scrapped plans to build a first nuclear power plant in Southeast Asia.

As solar power gets cheaper and more efficient, it is destabilizing old systems of energy and industry, particularly fossil fuel based economies. Last year, in 2017, Energy Department of the United States – the world’s largest power consuming country, released a statement which said the solar industry hit its utility-scale solar cost target three years ahead of schedule. Market competition has led to a rapid decrease in the cost of photovoltaic equipment and improved efficiency. In practical terms, this translates into a dropping cost for both residential and commercial solar installations in other countries, including the developing ones like Viet Nam.

Irrespective of clear progress in commercial and residential solar power, more opposition to solar farms surfaces. Among various disfavors of solar energy, especially in high density populated nations as Viet Nam, is the space requirement. Low power density of solar light bespeaks a great amount of real estate is necessitated to render the energy that people postulate at fairish costs. Such a land hunger is more than any other renewable power resources, say scientists. 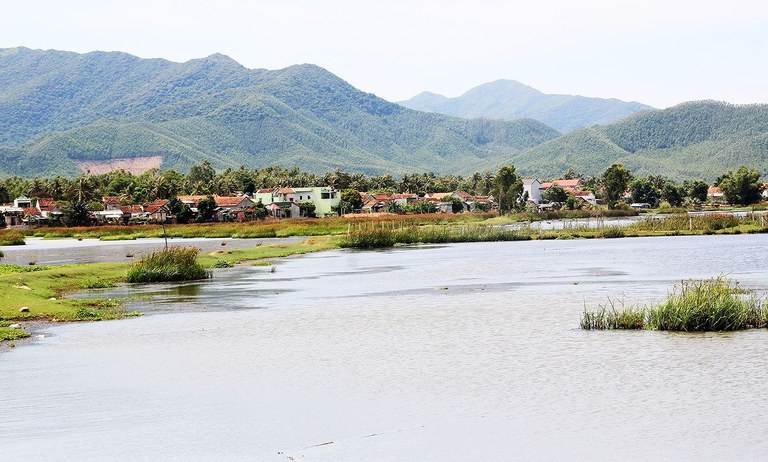 The proposal from a Viet Nam’s state company calls for just 50 hectares of rotating panels on a 1,200 hectare water surface site of the Tra O lagoon and for 0.6 more hectares on a land site of the nearby Chau Truc hamlet, My Chau commune, Phu My district.

However, Chau Truc hamlet’s concerns center around location and aesthetics such as negative impact on fishing, view disruption, and site screening. Among the most noticeable here is that all communist party members of the hamlet protest against the project.

Chau Truc communist party cell, a highest powered body in terms of politics, voted one hundred percent against the project in mid of June. Mr. Truong Van Quy, chairman of Chau Truc party cell said solar farm’s size would be incompatible with neighborhood, taking away prime fish sites and it could be a “blight on the area”. Such a Chau Truc party cell’s vote is rare as its higher bodies in Binh Dinh province reportedly shed green light to the project. 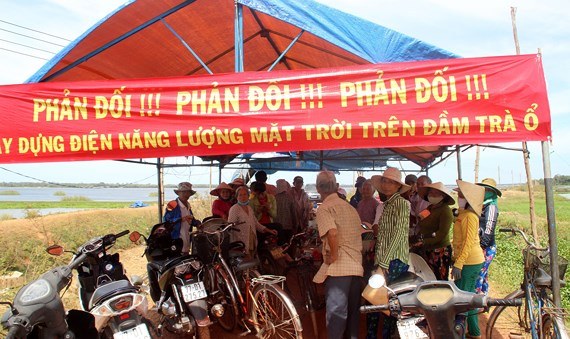 The national project for power development in 2011-2020 identifies developing renewable energy as a breakthrough to ensure the security of the nation’s energy supplies, and reduce the negative impact of generating power on the environment. By now some 245 renewable power projects, including 50 wind powers and more than 100 solar power projects, and a number of biomass ones, are being developed in the country.

Local resident protest against the solar power project, nevertheless, is a typical warning of a renewable energy project without socially and culturally sufficient consideration that could create uncontrolled social upset during the sustainable development process in Viet Nam, according to Prof.Dr. Nguyen Huu Ninh, an internationally recognized environment researcher, who received a Nobel Peace Prize in 2007 as a member of the Intergovernmental Panel on Climate Change.