For the Philippines’ Mangyans, COVID-19 extends a long history of discrimination

For the Philippines’ Mangyans, COVID-19 extends a long history of discrimination

MINDORO, Philippines — On May 12, the Philippine island of  Mindoro reported its first confirmed case of a tribal resident being infected with COVID-19. The patient, a four-year-old indigenous Mangyan child with no travel history, was taken to a government hospital in the city of Calapan.

The child had difficulty breathing. In addition to tuberculosis and severe malnutrition, he suffered a persistent fever over the course of more than a month. While he later recovered, and his family didn’t show any symptoms of the virus, the case has highlighted the threat of the coronavirus spreading among the island’s indigenous tribes, who are already vulnerable to preventable and treatable diseases.

Over the centuries, the Mangyans, a group of eight tribal communities on Mindoro, have suffered dispossession, displacement and cultural degradation, which has impacted their access to health services. It’s a problem common to indigenous communities around the world, with the United Nations warning that their poorer access to health care compared to non-indigenous populations can have grave consequences for the outcome of the fight against COVID-19.

In a 2012 report for the U.N.’s International Fund for Agricultural Development (IFAD), Jacqueline K. Cariño from the indigenous rights group Cordillera People’s Alliance notes high rates of poor nutrition among Mangyan children. Malaria and tuberculosis are also prevalent among these communities. The Philippine Department of Health says tribe members suffer from common illnesses such as diarrhea, skin diseases, vector-borne and infectious diseases, as well as complications from unsafe birthing practices. 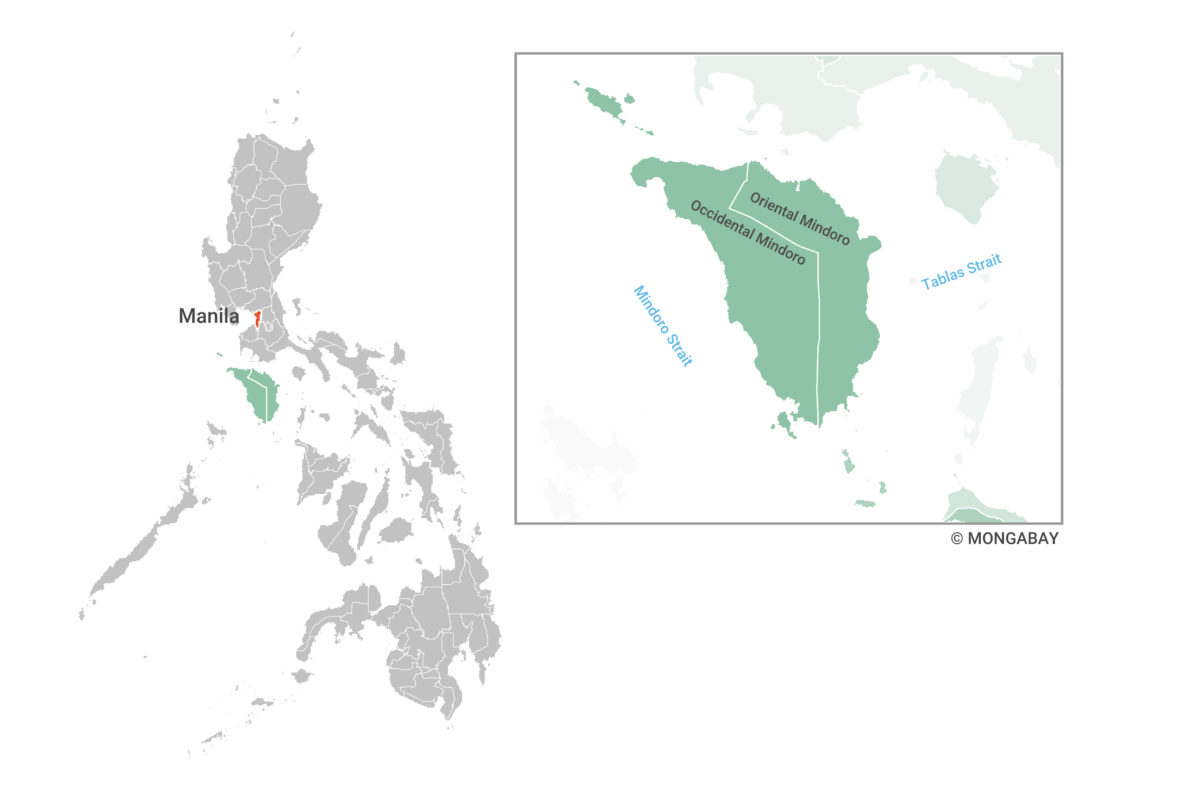 Even before the coronavirus outbreak, tribal communities faced high mortality rates because of the lack of health care access. On Dec. 23 last year, a 38-year-old-tribesman named Oyan died from an unknown viral infection, leaving behind a family of five. In their thatched house adorned with a mix of auspicious animistic and Christian symbols, they prepared his body with a traditional egg ritual and coconut massage.

“Oyan could not afford going to the hospital,” said Umna, his wife. “We tried to heal him with the aid of a shaman for two months. As per our tradition, we keep his corpse inside the house for three days. He’s wrapped in the blanket filled with coffee leaves to get rid of the bad smell.”

Umna said it’s customary for bereaved family members to move to a different community after a death, but this time she refused. Oyan was buried in the communal cemetery.

“We don’t own any land,” she said. “We get hired for rice and coconut plantation to make ends meet. Very little attention was given to providing us with health care.”

Estimates for the Mangyan population vary from 100,000 to 280,000, or 7.5% to 21% of the total population of Mindoro. The uncertainty stems from the remoteness of many of their communities.

Since the COVID-19 pandemic struck, the Philippine government has called on the public to comply with health regulations, such as strict home quarantine, physical distancing, and the wearing of face masks. But some of the tribal communities in the very mountainous areas may not have gotten the information. In addition, low levels of formal education in rural and impoverished communities can lead to misinformation spreading rapidly. This in turn may nurture skepticism about the seriousness of the pandemic or confusion about safety measures and symptoms. For the Mangyan communities living closer to towns, it may be difficult to self-isolate because they have to work to support their families.

The lockdown imposed by the government in March also highlighted the discrimination faced by indigenous groups, including Mangyans. Victoria Tauli-Corpuz, the U.N. Special Rapporteur on the Rights of Indigenous Peoples, herself an indigenous woman from the northern Philippines, said she has received reports of Mangyan groups being overlooked in the delivery of relief supplies by the government.

This is nothing new, says TABAK, a Manila-based organization advocating for indigenous minority groups’ rights to ancestral lands and self-determination; Mangyans rarely get government assistance for social services, it says.

In her 2010 master’s thesis, Norwegian social scientist Kristine Askeland attributed this discrimination to the Philippines’ lowland Filipinos perceiving Mangyans as dirty and uncivilized. She writes that, over time, the word “Mangyan” itself became derogatory, carrying a negative connotation of “backward” or “primitive.”

The late Dutch anthropologist and paleographer Antoon Postma, who lived with the Mangyans until his death in 2016, described them as having suffered from ridicule since childhood. Before his death, he noted that the younger generation had grown ashamed of their culture, a trend that persists today. This inferiority complex forced tribe members to accept less pay for doing the same work as others, based solely on their ethnicity, Postma said.

Mangyans used to be pure subsistence farmers, able to secure enough food for their communities from the land. However, in the last century, the tribes have lost much of their land to powerful loggers and developers. These projects have led to forced evictions and massive displacements of communities, affecting their food security as well as their physical and mental health.

According to human rights group Defend Southern Tagalog, the Mangyan people are subject to continued aggression from several energy and mining projects that destroy the environment in sites inhabited by the Mangyans.

These indigenous communities have also been subject to human rights abuses by security forces.

Jonas Baes, a Philippine composer who studied the music of the Mangyan people, published a series of papers in The International Journal of Research into Island Cultures looking at this issue. He noted how hundreds of Mangyans were forced to escape the armed conflict caused by counterinsurgency programs targeted against the outlawed communist New People’s Army. Mindoro has long been considered by the Philippine military as a rebel hotspot.

In 2019, strafing and bombing operations by the military against the rebels in Oriental Mindoro province, on the eastern half of the island, forced more than 600 Mangyans to abandon their land and evacuate to the lowlands. Late last year, communities were ravaged by Typhoon Kammuri, known in the Philippines as Tisoy.

But indigenous peoples have solutions to many of the environmental problems the world faces today, and need to be active participants in actions being taken by governments, advocates say. Mangyans are recognized by the Philippine government and conservation groups as traditional caretakers of the critically endangered Philippine tamaraw (Bubalus mindorensis), a dwarf cattle species endemic to Mindoro. Anne Nuorgam, chair of the United Nations Permanent Forum on Indigenous Issues, called on the international community in April to ensure indigenous rights are respected and adequate resources are allocated to indigenous communities throughout the COVID-19 crisis.

For the Mangyans of Mindoro, what awaits at the end of the pandemic and the anticipated reopening of Mindoro to tourists is a literal illusion: the government has set up “artificial villages” in which some Mangyans have agreed to live. These Potemkin villages will serve as a sort of cultural showcase for tourists, who will pay to see indigenous weaving, pottery and musical traditions.

Robert Bociaga (www.robert-bociaga.com) is a traveling photojournalist specializing in International Affairs. Based in Southeast Asia, he focuses on economic and social issues around culture change, urbanization, political marginalization, poverty, religion, and destruction of nature.

This story was originally published on Mongabay on 7 August 2020 as part of an EJN-supported project called Mongabay Environews Philippines.

Banner image: Mangyans, like this boy in Mindoro, need to cope with hunger-related problems, such as malnutrition and stunting / Credit: Robert Bociaga

Vung Ang and Suralaya: So Far Yet So Close in Experience
© 2022 Earth Journalism Network All rights reserved.