In the second part of our article on Conservation of Mountain Gorillas series, Fredrick Mugira investigates the contribution of these wild animals to the wellbeing of local communities.

Two critically-endangered mountain gorillas called Bweza and Mishaya calmly walk into view. They are on their early morning stroll through the quiet chilly air in Uganda’s Bwindi Impenetrable National Park. Their eyes carry a message to us human visitors: We are related.

There are just 880 mountain gorillas left on Earth and they survive only in the Democratic Republic of the Congo, Rwanda and Uganda, where 400 live in Bwindi National Park. Efforts to conserve the gorillas not only bring tourists to Uganda but also contribute to the wellbeing of local communities.

Thanks to the gorillas - and the Uganda Wildlife Authority’s revenue sharing programme - Justine Nsasibwe and fellow villagers in Rushaga have received sheep to look after for subsistence use. As well as agriculture, other projects funded by the scheme have focused on improving health, education and infrastructure. But while the benefits are clear, not everyone is happy about their scale. 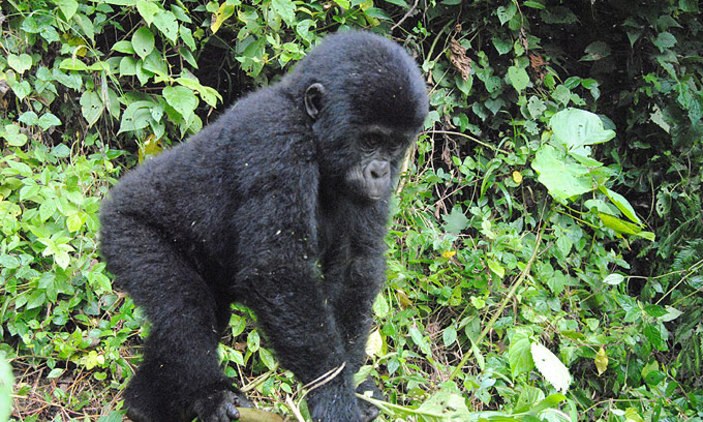 This programme, initiated in 1995, takes $10 from each gorilla permit fee and 20 percent of each park entrance fee and channels it to local communities neighbouring the parks. Each year, the Uganda Wildlife Authority collects the revenue then disburses it to the districts’ authorities that keep 5% to cover administration costs.

The remaining 95% is remitted to relevant sub-counties’ authorities to fund projects at the parish level selected by the Parish Development Committees from proposals sent in by the Community Management Committees of villages bordering the parks.

“The tourism revenue share is an obligation for us,” says Pontius Ezema, chief warden for both Bwindi Impenetrable Park and Mgahinga Gorilla National Park.

“The rationale is that we want the communities to support conservation. When they realise benefits of this nature then they will know that it is important to protect the wildlife.”

“The money shared with communities around Bwindi has increased from three million shillings per parish in 1995 to fifteen million per parish in 2014,” says Ezema. In that period, the revenue sharing scheme generated over sh1.4b for these local communities.

The districts that neighbour Bwindi and Mgahinga National Parks - and therefore get a share of the gorilla permit fee - are Kisoro, Kabale, Kanungu, Rukungiri and Rubanda. Funds collected in 2016 were released to these five districts last month at a function held in Kabale district.

Many of the projects funded aim at reducing human-wildlife conflict and improving the wellbeing of local communities. In the past, the tourism revenue funded public works such as construction of schools, health centres and feeder roads. It has also gone to community projects such as goat rearing, piggery, tree-planting, bee-keeping, potato-farming and to helping groups construct commercial accommodation facilities for tourists.

“We also used the funds to develop a trail with the Batwa, in Mgahinga Gorilla National park, where by the Batwa are the guides themselves,” says Ezema.

“They guide the tourists along that trail and up to date they have so far made sh120m by themselves. These are some of the innovative approaches we fund.”

According to Abel Bizimana, the chairperson of Kisoro district, which hosts huge parts of Bwindi and Mgahinga parks, communities deserve more than this “peanut” from the gorillas in their backyard. “The funds are not enough,” he says. We do not get good share of the gorilla permit money, he complains.

Communities around the two parks argue that they should get more than $10 per gorilla permit, as the fee has increased from $500 to $600 for foreign non-residents and from $475 to $500 for foreign residents.

“Given this change in circumstances,” said Advocates Coalition for Development and Environment (ACODE) in a 2014 policy briefing paper, “it is just and fair that the shared levy should also be revised.”

Richard Muneeza, the Kisoro district tourism officer believes that increasing the share of the gorilla permit fee would reduce incidences of human-wildlife conflict, as communities have alternative resources. “The challenges of poaching have completely reduced, however we still have issues of encroachment on the forests,” he says. 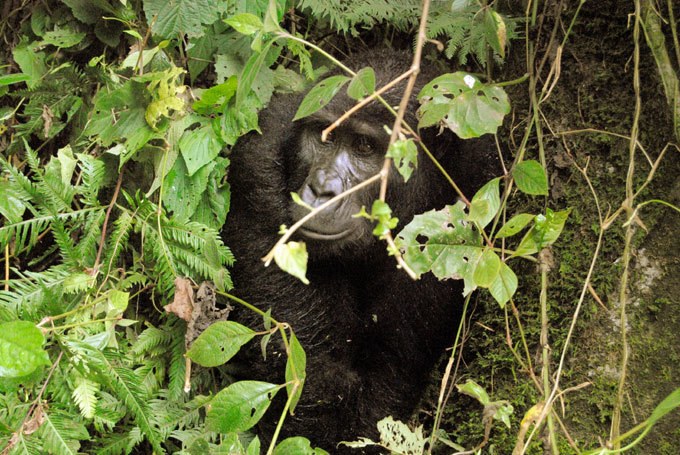 But the Uganda Wildlife Authority insists that that what these districts are getting is just. “We are being fair by giving them 20 percent of each park entrance fee and an additional $10 from each gorilla permit sold, which others parks in the country do not get,” says its community relations manager, Jossy Muhangi.

The Uganda Wildlife Authority says the share of the permit fee is just one of the ways communities benefit from tourists who come to see mountain gorillas up-close in the forest. Tourism also creates jobs for park guides, and tourists pay locals for transport to the two parks, food, accommodation and other necessities.

Jonathan Baranga, a former professor of wildlife at Mbarara University of Science and Technology, points out that gorilla conservation provides other benefits, beyond the supply of cash and funding for projects.

“Gorillas don’t live in isolation. They live within the environment of a tropical forest where, in addition to the gorillas, there is other biodiversity,” he says.

The benefits that this biodiversity provides to local people, he says, include clear water, clean air, amelioration of the climate, and materials.
While money can be counted, these less tangible benefits are harder to put a value on. If they vanished though, local communities would surely pay a high price.