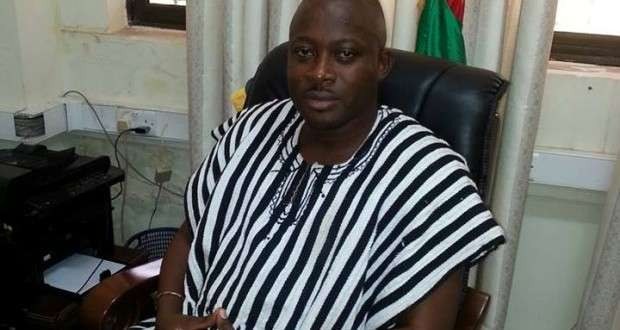 National Democratic Congress (NDC) Member of Parliament for the Bongo Constituency in the Upper East Region, Edward Bawa, is calling for the resignation of the Minister for Fisheries and Aquaculture, Elizabeth Afoley Quaye, over the supposed arbitrary appointment of her brother to serve as administrator of the National Premix Fuel Committee.

His call comes in the wake of the recent premix fuel diversion scandal which was supposedly superintended by the minister’s brother.

In a statement copied to citifmonline.com, Edward Bawa also called for a parliamentary probe into the scandal, which he said is of great worry to the country’s fisheries sector.

According to him, the parliamentary probe, which must be bipartisan, has become necessary due to the executive’s unwillingness to investigate the matter.

Edward Bawa, who is also a member of the Energy and Mines committee of Parliament, also alleged that the diverted premix fuel was being sold to motorists at the various pumps.

Citi News gathered earlier this week that, at least 200 liters of premix fuel had been diverted by Oil Marketing Marketing Companies that claimed to supply the product outside Accra, but ended up supplying mostly within Accra for industrial purposes at a higher cost to make more profit.

This was indicated in series of letters from the National Petroleum Authority (NPA), to the National Premix Committee and the Ministry, alerting them over the development.

The Ministry, however failed to act on the matter.

Read the full statement below:

It has come to my notice and indeed the notice of most Ghanaians that about 200 trucks of premix fuel meant to power fishing boats in our coastal areas have been diverted to pump stations in the country and sold to unsuspecting motorists.

This is a very worrying development, particularly as fishermen are not only denied this subsidized product, which is critical to their operations, but also the product has the potential to damage the engines of vehicles. It is indeed an off spec petroleum product for our pumps.

What is more worrying is that, the chairman of the National Premix committee, who is a brother of the Minister for Fisheries (the appointing authority) is being alleged to be behind this scandal.

If this is true, the Minister must, as a matter public morality and good governance resign.

This development also comes on the heels of the Minister for Energy’s refusal to make public, the report of the Dr. Lawrence Darkua’s committee that supposedly investigated yet another scandal at BOST.

This was a scandal where five million litres of off spec petroleum product was sold to an unlicensed company without going through the necessary procurement processes. In essence, that process had all the marks of corruption written all over it.

What is more disturbing is that, the Minister for Energy on November 23, 2017, in a response to a parliamentary question posed by me, told parliament that, as a measure to ensuring that off spec petroleum products do not get to our pump stations, NPA was using tracking devices on BRVs and a marking scheme to monitor the movements of all petroleum products.

This recent development proves that the Minister was not candid with Ghanaians. This is because, as at the time the Minister was making this statement, an agency under his supervision knew that an off spec product, in the form of premix fuel, was being sold at our pump stations.

This indicates that, the Minister can no longer be trusted to protect consumers against the sale of contaminated petroleum products in the country.

I am therefore calling on Parliament to, as a matter of urgency, set up a bipartisan committee to investigate this development, as the executive led by H.E. Nana Addo Dankwa Akuffo Addo has demonstrated it’s unwillingness to tackle the problem for reasons best known to them.

‘We don’t have tracking system; NPA must arrest culprits’

The Minister clearly reacting to the development in a Citi News interview, appeared indifferent about her role in addressing the problem of pre-mix fuel diversion, as alleged by the National Petroleum Authority (NPA). 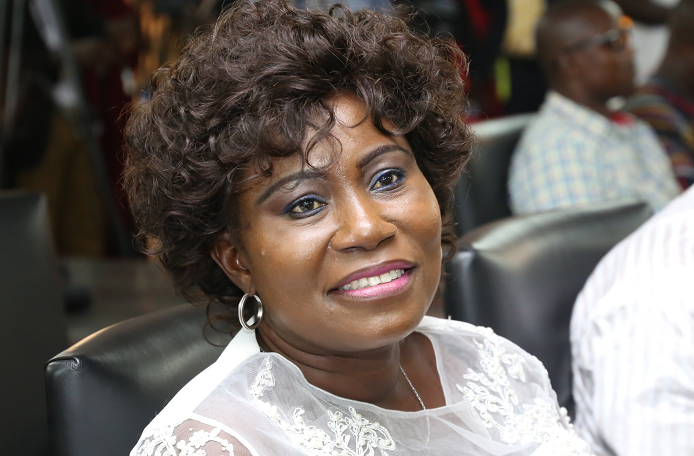 According to her, the Ministry does not have a tracking system to identify culprits, hence the National Petroleum Authority (NPA), which has a system to track such happenings “must take action.”

The Minister, Elizabeth Afoley Quaye, has however defended her decision to appoint her brother Joseph Botchwey, as the acting Administrator of the National Premix Secretariat.

Some have blamed the appointment of Joseph Botchwey as interim administrator of the Committee as a likely cause of the premix distribution challenges.

Speaking to Richard Dela Sky on Eyewitness News on Tuesday, Elizabeth Afoley Quaye laughed off the matter, saying “will you not appoint a competent brother of yours to hold a position in your office? Would you not? Because you hate your relations, even when they are competent enough to hold positions, you will not give it to them?”

Still directing her comment at Richard Dela Sky, Ms Quaye said: “I have not put myself in any conflict of interest. Maybe you have to go back yourself, and find out who is the substantive administrator of the premix committee. His or her government has ended and a new era is in place. He or she is not at the premix secretariat, please!”

According to the Minister, that acting interim administrator has since left the position, and a substantive person has been put there.

Meanwhile, a civil society group calling itself the Fisheries Alliance, has petitioned the Director General of the Criminal Investigations Department (CID) of the Ghana Police Service, to investigate the suspected premix fuel diversion scandal.

In a letter to the CID, the Alliance cited President Nana Akufo-Addo’s directive to ensure investigations into any corruption allegations against his appointees as the reason for their action.