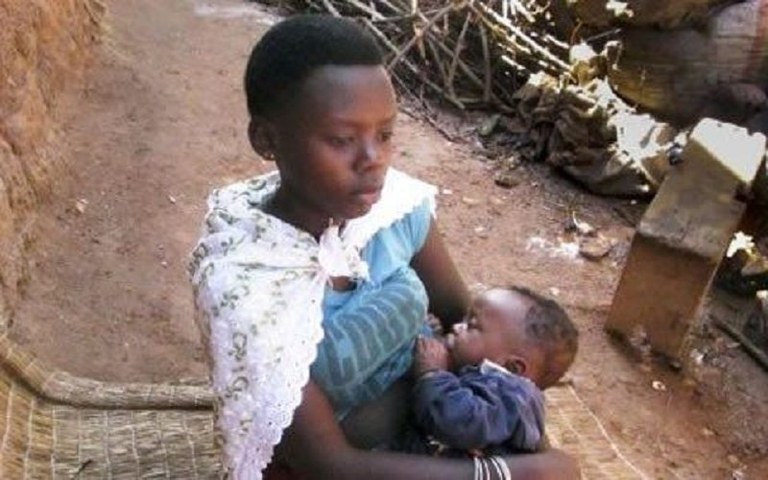 The issue of the Central Region teenage pregnancy has since remained worrisome, with the latest discovery being that girls now exchange sex for fish which they sell to make a living.

According to a report by Graphic.com, some teenagers in the Central region are bartering sex for fish in some fishing communities in the region, a practice that is drastically watering down and affecting the ongoing fight against teenage pregnancy.

During a forum on teenage pregnancy in Cape Coast on Wednesday, contributors revealed that teenagers are doing all sorts of unbelievable things including exchanging sex for fish from fishermen to sell to augment family incomes and make ends meet.

The forum which was organized by the Ghana Health Service (GHS) with support from the United Nations Fund for Population Activities (UNFPA) to empower queens in to help fight the scourge of teenage pregnancy in the region, observed that poverty levels are high in fishing and rural communities and needs urgent and workable solutions to help provide relief for the most vulnerable in these communities.

The District Director of Nursing Services for KEEA, Mrs Juliana Armah indicated that some of the teenagers are school drop outs from very poor or broken homes, adding that such young pregnant girls were usually anaemic and suffered complications during birth.

“Some give sex and take fish for their aged parents to sell to augment incomes,” she said. “Their children are also usually malnourished and they perpetuate the cycle of poverty,” she added.

Menace of Teenage Pregnancy in C/R

Although teenage pregnancy has been a disturbing menace in the entirety of Ghana, that of the Central region has been the most worrisome considering its alarming figures. Based on statistics from the Ghana Health Service (GHS) in 2014, 75,000 teenagers between the ages of 15-19 got pregnant within the year, with the central region recording the highest number – 14,000.

In 2017, statistics reveal that a total 497 teenagers got pregnant between January and September in the Komenda Edina Eguafo Abrem (KEEA) municipality of the Central Region alone. Coming to the Abura Asebu Kwamankese district, 280 teenage girls were recorded pregnant by health facilities in the district for the first half of the year.

Back in 2016, the GHS also reported that 12,048 teenage girls between the ages of 13 and 19 got impregnated in the Central Region alone.

Although the current figures are much lower than what used to be obtainable, Central Region teenage pregnancy figures have remained the highest every year, compared to what is recorded in other regions of Ghana.

Recall that the disturbing rate of teenage pregnancy in the Central regions prompted a research carried out by the National Service Personnel Association (NASPA) in Cape Coast around July this year.

NASPA through the research discovered that a sex-for-money trade between male students of the University of Cape Coast (UCC) and teenage girls in the area rank high among factors that contribute to the rise in premarital pregnancies being recorded in the region.

According to their findings, UCC male students are responsible for a greater percentage of teenage pregnancies being recorded in the region because they lure girls in the area who are mainly from poor backgrounds to bed with money.

Ghanaians are however, hoping that Queen Mothers and other concerned bodies will meaningfully look into the matter and address it from the roots in order to bring about a significant decline in the worrisome Central region teenage pregnancy menace.