Robin Miller winced as she stuck her hand into the frigid waters of an experimental Delta wetland to probe the soft soil below.

"I found it," the U.S. Geological Survey scientist called out, pulling from the muck a small packet filled with rotting plants called "proto-peat." In time, that plant matter becomes peat, the rich soil formed by decayed plants that makes the Delta such productive farmland.

Though farmers have long prized peatland, scientists are also according it new respect given its impressive carbon gas storage capabilities. An emerging "blue carbon" initiative, shorthand for capturing and storing carbon dioxide in coastal and ocean environments, places wetland restoration among its centerpiece endeavors to reduce heat-trapping gas in the atmosphere.

"This is probably the highest sequestration of carbon dioxide you can get in a biological system," said Stephen Crooks, a San Francisco wetland restoration expert.

He has been closely monitoring the 10-year USGS study of carbon sequestration on Twitchell Island in the Delta, which is showing some of the best evidence on wetlands' ability to efficiently capture carbon.

"This is the foremost example of showing how you can restore wetlands and sequester carbon at the same time," Crooks said. "We can use what has been learned as a very firm reference to help inform policy development in the U.S. and overseas."

Crooks and other scientists are using Twitchell Island project findings and other data to support the inclusion of wetland restoration and preservation in California's emerging carbon-trading market, set to open in 2012. They also see a role for it in established carbon markets overseas, such as those in the European Union. Carbon markets create financial incentives for reducing heat-trapping gases and have yielded $144 billion in trading worldwide in 2009, according to "States and Trends of the Carbon Market 2010."

State and federal science agencies point to the accumulation of greenhouse gases released by human activity as the main reason for gradually rising average temperatures and sea levels worldwide. According to NASA, 2010 tied with 2005 as the warmest year on record. Intense efforts are under way to reduce such emissions and to remove excess carbon from the atmosphere.

"I'm very excited about it and I think it has great potential," said Samuel Schuchat, executive officer of the California Coastal Conservancy, a state agency that enhances coastal resources and access. His agency gave $50,000 in seed money last year to establish a national protocol for including wetland restoration in carbon markets.

California has a lengthy list of unfunded wetland restoration projects, which can run from $6,000 to $60,000 per acre.

Schuchat's agency is part of a multiagency drive to restore 50,000 acres of tidal wetlands in the Bay Area, and the agencies hope to acquire 50,000 acres more.

In the Delta, wetland restoration also strengthens the weakening 19th-century levees, which hold back the Sacramento and San Joaquin rivers. Wetlands build up peat, which reverses the land subsidence -- from peat loss due to farming -- that puts greater water pressure on the levees. Over the past century, land in the Delta has sunk by 20 feet in some areas. If farming continues there, the USGS's Miller said, the land could sink another 20 feet. Delta levees are vulnerable to collapse during earthquakes, and widespread failure would leave millions of people without drinking water and cut off irrigation water for thousands of acres of farmland south of the Delta.

Wetlands are habitat for birds and juvenile fish, and are essential for maintaining healthy fisheries, said Steve Emmett-Mattox, a director with Restore America's Estuaries, which is also working to move wetlands into carbon markets. Wetlands protect coastal communities from severe storms and floods, and millions of people enjoy their recreational opportunities, such as hunting, fishing, boating and birding.

"Offsets" are among the incentives offered in carbon markets. Offsets encompass environmental projects, such as reforestation, which sequesters carbon in growing trees, or methane emissions control from operations such as farms or landfills.

An industrial plant complying with mandatory emissions caps can purchase carbon offsets in lieu of reducing its own emissions. The net result is still a reduction in greenhouse gases.

Up to 8 percent of industry reductions can come from purchasing offsets.

Demand is strong for a greater variety of offsets, said Gary Gero, president of the Climate Action Reserve.

Industrial plants affected by the new law "are concerned that there may not be a sufficient supply of offsets," Gero said. "Or that if there are sufficient supplies, it will be tight or it could be expensive.

"So they, as a general matter, prefer as many offsets as possible," he said.

One of the challenges of restoring wetlands for greenhouse gas sequestration is that freshwater tidal wetlands can release significant amounts of methane, 25 times as potent a greenhouse gas as carbon dioxide.

But peat wetlands generally accumulate so much carbon dioxide that they have a significant net benefit, Crooks said.

Saltwater marshes are also excellent carbon sinks, said Scott Bridgham, a scientist with the University of Oregon who has extensively studied carbon stores in wetlands. They don't have the problem of methane emissions, because salt water inhibits its production, he said.

Bridgham isn't gung-ho about moving ahead quickly with wetland restoration in carbon markets until there's knowledge on which wetlands best sequester carbon.

"I have been a little bit of a naysayer in this," he said.

"The data behind it has to support it," Bridgham said. "Or we're going to end up with egg on our face, and it will give a negative impression about wetland restoration."

One of the most significant findings of the Twitchell Island project was how quickly a tidal wetland rebuilds peat. Each year, the test wetland adds 1 to 2 inches of peat, the USGS's Miller said.

Studies there showed that the rate of carbon sequestration was robust enough that a net of up to 15 tons of carbon dioxide per acre per year accumulates in managed freshwater wetlands, even after accounting for the methane release, Crooks said.

This month, however, state funding was cut entirely for the Twitchell Island wetland project, Miller said.

Though the pioneering Twitchell Island project's future suddenly is uncertain, the Environmental Defense Fund this year plans to embark on a large-scale wetland restoration -- at least 200 acres -- in the Delta to get more of the hard data that carbon trading markets require, said Brenda Morris, a Sacramento-based regional director with the fund.

"The idea is spreading," said Crooks, who also co-leads an international panel on blue carbon, funded in part by NASA.

"There aren't enough offsets to go around," he said. "And there could be potentially big benefits for conservation by bringing wetlands into the carbon markets." 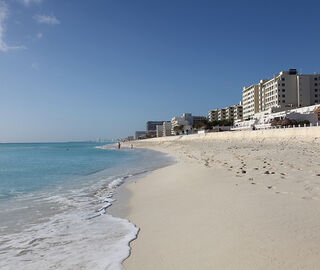