The first thing that hit the inspectors was the smell. It was a sweltering midsummer day in Prague, and they had just opened an unplugged freezer filled with the rotting remains of tigers, lions and cougars. Pavla Rihova, the lead environmental inspector on the scene, said she had never seen anything like it.

“I have been working for the inspectorate 25 years … but the situation there was really horrible. If you can imagine: an old freezer, without electricity, full of meat and dead bodies, in the garden for two years. Absolutely incredible.” 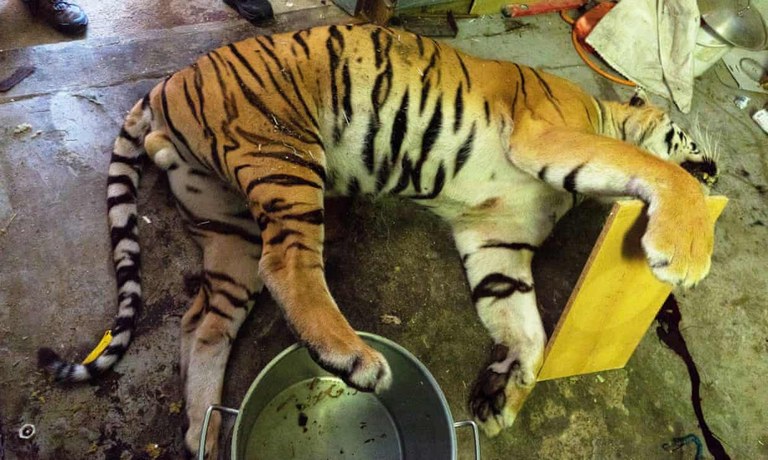 The body of a tiger discovered in a house in Prague, next to a pot used to cook down tiger parts / Credit: Handout Czech customs authority

In a shed next to the house they found a freshly killed tiger, shot through the neck so as not to damage its valuable pelt. In the same room was a heavy duty cooking pot on a gas hob, filled with the unidentified meat and bones of animals.

The raid was the culmination of five years of work carried out by the Czech police, customs authorities and environmental inspectorate, who say they have uncovered an organised ring of Czech and Vietnamese criminals illegally killing and processing protected big cats for the traditional Chinese medicine market. Officials across Europe are now beginning to realise that illegal tiger farms are not just a problem in south-east Asia, but are also operating in the middle of the EU.

The trail of evidence began in early 2013, when customs inspectors found a bag of tiger bones in the van of a Vietnamese man who claimed he had received them from a breeding facility in Slovakia. A few months later, the skeletons of two tigers were found concealed within a set of loudspeakers being exported to Hanoi.

As well as tiger remains, authorities were increasingly finding processed products such as tiger wine and broth, which seemed to have originated in the Czech Republic. Concerned about the source of these items, the environmental inspectorate conducted a full inspection of the country’s captive tiger population in 2015. 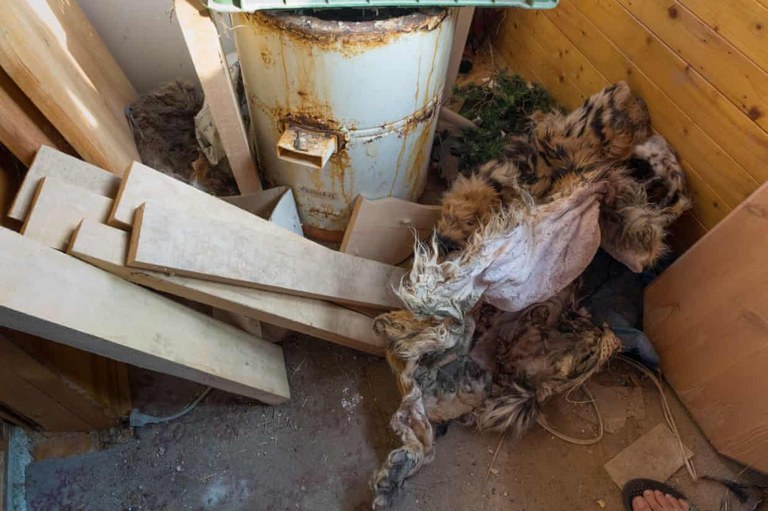 The movement of tigers across international borders is tightly controlled under international rules, while Czech laws go even further: each birth, death or sale of a tiger has to be recorded and the environmental inspectorate notified.

The inspectors soon realised the paperwork was a mess. Tigers were reportedly being exported multiple times, disappearing altogether, or not having their deaths recorded. Most worryingly, the mortality rate of tigers kept in private facilities was shockingly high. In zoos or in the wild, tigers can live to well over 20 years. In the Czech Republic’s private breeding facilities they were consistently dying before they reached five.

The attention of the authorities turned to Ludvík Berousek, a member of a well-known Czech circus family, who runs the country’s largest breeding facility for tigers and lions. Officially, he breeds big cats to supply circuses, stage shows and petting zoos. Customs officials, however, believed he was also the likely source for the tiger products they were seizing en route to Vietnam.

It took almost two years, but eventually Czech customs and police unravelled the network. At the top was Le Xuan Vu, a Vietnamese trader who would place the orders for the tigers. Berousek would then deliver them to the house of the taxidermist, a Czech hunting enthusiast called Miloš Hrozínek. Together with Vu, Hrozínek would dismember and cook the tigers in his house and shed.

Through covert surveillance operations, the officers understood that the gang could sell cubes of tiger stock, which in Chinese medicine is widely believed to strengthen bones and alleviate arthritis, for €60 (£52) per gram. The skins were worth from €2,000-€4,000 and the claws were worth €100 each. Though much of this product was clearly destined for Vietnam, authorities believe that a significant amount was also traded within the large Czech-Vietnamese community. 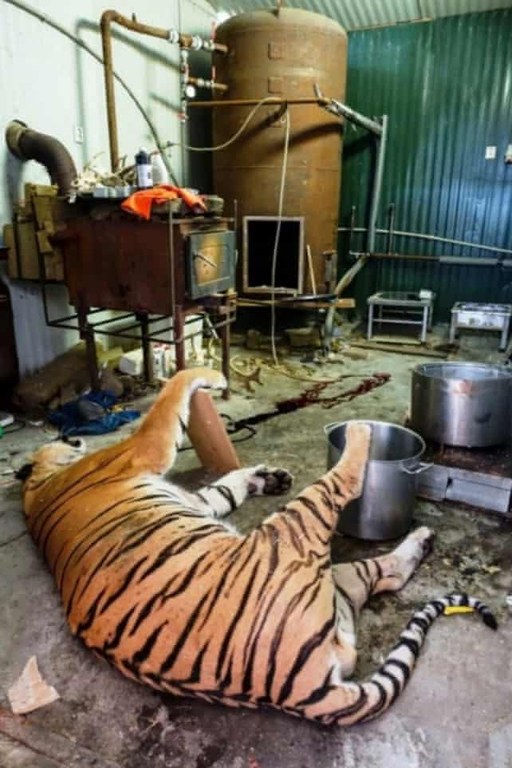 Police believe the criminals could sell the tiger skins for about €2,000-€4,000 and the claws for €100 each / Credit: Handout Czech customs authority

Though demand for tiger-based traditional medicine is driven by the Vietnamese population, many of whom arrived as guest workers during Czechoslovakia’s communist era, experts believe it is not the only factor at play. At the same time customs agents were starting to seize tiger products in 2013, there started to emerge a number of “kontaktni zoos” – small private zoos where children can cuddle baby tigers and lions.

“You can use the small tiger or lion cubs only for half a year, or one year, absolutely no longer. Because it is too dangerous for children,” Rihova said. In order to fulfil the growing demand for tiger and lion cubs, it is necessary to breed more and more animals.

When the cubs have outgrown the petting zoos, other businesses such as circuses and stage shows can make use of them for another few years. But once tigers and lions reach full sexual maturity, at four or five years old, they are too big and dangerous for any of these uses. At this point they are worth significantly more dead than alive. 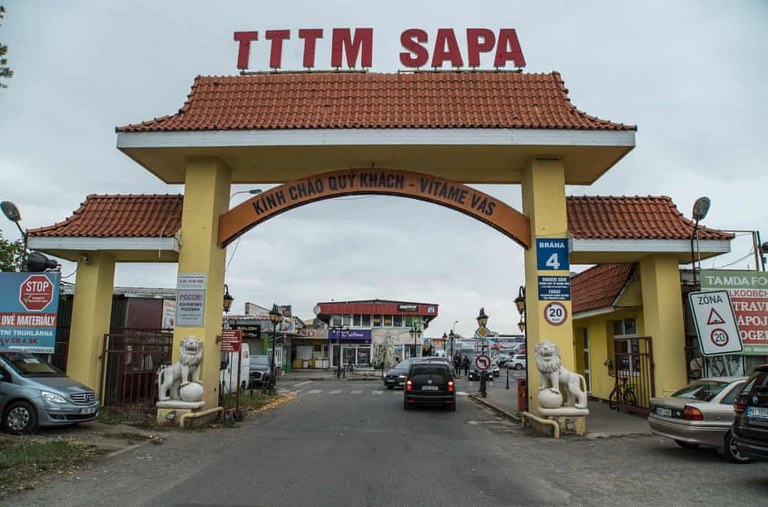 Between the Prague quarters of Písnice and Libus is the large Vietnamese TTTM Sapa marketplace, also known as ‘little Hanoi’ / Credit: Tristan Martin

Berousek, Hrozínek and Vu have all been charged with offences related to the illegal killing and trade of protected species. While Hrozínek remains in custody, Berousek and Vu are both out on bail. Berousek continues to operate his breeding facility.

Rihova believes the illegal tiger trade may also be active elsewhere in Europe, and urges the EU to take a more rigorous approach. “The European commission believes that they have an overview of big cats in Europe. But it’s not true,” Rihova says. “Without some registration, some documents, the registered movement of animals from one breeder to another, you cannot have an overview.”

“The world has already lost more than 90% of its tigers,” says Kieran Harkin of the charity Four Paws. “We call on the European commission to protect the endangered tigers and ban commercial trade in captive-bred tigers. Tiger traders and their cruel business should no longer have a place in the EU.”

This reporting was supported by a grant from Internews' Earth Journalism Network. 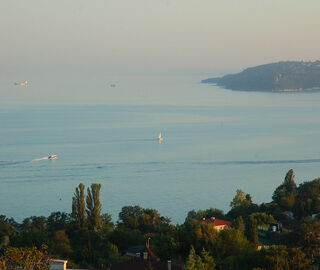 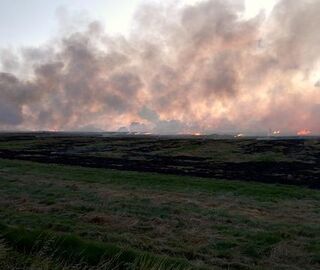