‘Happiness should be the purpose and end of development’

‘Happiness should be the purpose and end of development’

Prime Minister Jigme Y. Thinley, in an exclusive interview, shares his expectations with Business Bhutan Editor Tashi Dorji on the upcoming Rio+20 Conference on Sustainable Development to be held on June 20-22 in Brazil.

A: Extremely ambitious but timely. It is extremely ambitious given that there is strong resistance from conventional economists and sections of society to resist any change. However, it is timely because the world needs to shift and move onto an alternative track. The world urgently needs to consider an alternative process of development and agree on a common vision of human society.

A:  There are great expectations and I personally have great hopes that the Rio+20 will enable the human society to undertake an honest review of the achievements since the pledges made 20 year ago but given the way in which negotiations have been taking place in new York in particular on the text of the outcome document, I fear that the outcome of the summit will fall far short of anyone’s expectations.

Nevertheless, it will be a very important event and it will have a major impact in influencing the future course of the human society particularly in respect of sustainable development.

A: I cannot be sure. And whether such an event takes place or not will depend on the kind of support that Bhutan receives on this offer.

A: It will not be easy. And it will require an acceptance of the truth that the notion of limitless growth on a finite world to be measured on a quarterly basis against the purely material indicators is what has caused the world to arrive at such a situation we are today when everything around us is collapsing. This includes, among others, the disintegration of our social system of our communities and families, the collapse of the ecosystem and the failure of our financial systems. So it will take an honest reflection of this. And the world needs to agree that we need to adopt this approach. And in this regard Bhutan is offering a proposal for a new economic paradigm that aims at human happiness and wellbeing of all life forms on earth through a sustainable, holistic and inclusive approach. It will require the collaboration and cooperation, among others, of the Bretton Woods institutions in the sense ie the IMF, World Bank and so on.

A: This is being done in some of the communities, in certain companies and certainly in Japan in the aftermath of the depression. It’s being done by adopting shorter working hours, not laying off employees, distributing the existing jobs among people and sharing available jobs. This might mean taking lesser pay.

A: GNH as a development paradigm does not shun GDP altogether. It simply suggests that GDP as an indicator should be given the role that it was intended to play by the person who, in fact, conceived it – Simon Kuznets – who said that it is simply a measure of goods and services exchanged in a marketplace in a given time in a given country. So in the GNH paradigm, GDP becomes only one of the many indicators to be used to promote and measure human wellbeing and happiness. 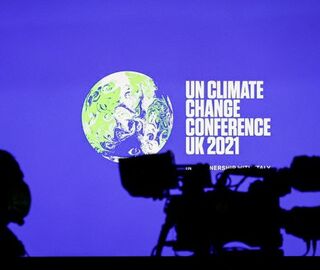