The Convention on Biological Diversity negotiations in Nairobi last month brought more than a thousand people into Working Group sessions that are where the nitty gritty of global negotiations get done.

The Convention on Biological Diversity negotiations in Nairobi last month brought more than a thousand people into Working Group sessions that are where the nitty gritty of global negotiations get done. The work is not glamorous, it's often happening behind closed doors, but it's where the science gets translated into realpolitik. There is still much to be resolved before the hoped-for accord is settled in Montreal this December.

In this series of brief profiles, EJN fellow Tsogzolmaaa Shofyor, a journalist from Unread Media in Mongolia asks civil society activists, scientists, journalists and others gathered in Nairobi last month about their hopes for a robust and inclusive biodiversity deal.

This story reflects the views and goals of participants from all over the world. Shofyor interviewed nine people with different backgrounds on their view about biodiversity.

This story was produced as part of a reporting fellowship to the 2022 UN Convention on Biological Diversity’s 4th Meeting of the Open-ended Working Group on the Post-2020 Global Biodiversity Framework, led by Internews' Earth Journalism Network. It was first published in Mongolian on 25 June 2022 by Unread Media. This summary has been translated to English and lightly edited for length and clarity. 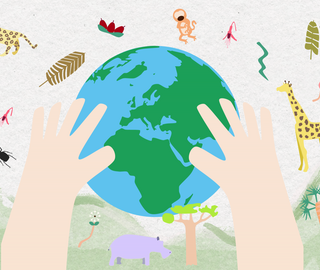