How successful was the Talanoa Dialogue in COP24?

How successful was the Talanoa Dialogue in COP24?

It’s been reported that the Talanoa Dialogue was the major push behind the creation of the 1.5-degree Celsius report by the Intergovernmental Panel on Climate Change (IPCC).

That report was released just weeks before the 24th Conference of Parties (COP) to the United Nations Framework Convention on Climate Change (UNFCCC), a major summit in which parties to the UNFCCC come together to set a path for curbing climate change and its impacts. 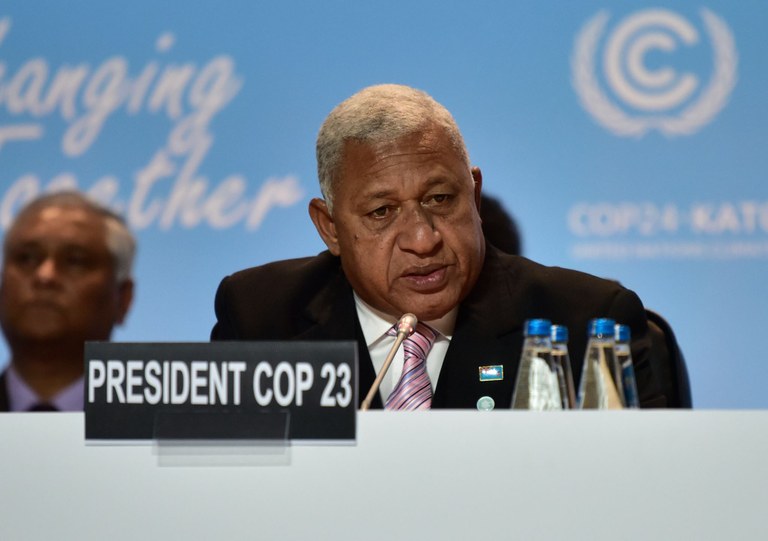 It's also said that the Fiji-led Talanoa Dialogue greatly influenced the new Paris rule-book at the close of that summit in Katowice, Poland, where it looked into three questions: “Where are we?” “What do we need to do?” and “How do we get there?”

Talanoa is a traditional word used in Fiji and across the Pacific to reflect a process of inclusive, participatory and transparent dialogue. The purpose of Talanoa is to share stories, build empathy and to make wise decisions for the collective good. The process involves the sharing of ideas, skills and experience through storytelling.

At the COP, the process was originally called the “facilitative dialogue,” but under the Fijian presidency of COP23 in 2017, it was renamed the Talanoa Dialogue.

According to Fiji's leader and COP23 President Frank Bainimarama, the idea of hosting Talanoa dialogues all over the world starting in May of that year was to swap best practices and canvass ways of raising collective ambition.

It also existed to lay the groundwork so that when political leaders gathered at this year's COP24, they would be able to signal their commitment to stepping up action to curb climate change.

The Talanoa Call for Action

At the dialogues, a final high-level session resulted in the Talanoa Call for Action, which calls upon all countries and stakeholders to act with urgency.

The Talanoa Call for Action was jointly issued by Bainimarama and COP24 president Michal Kurtyka in Katowice on December 12.

It urges global leaders to take forward a clear signal from the dialogue, act with urgency and recognise that everybody is in a race against time.

At the COP24, the Talanoa Dialogue also managed to introduce a positive spirit into the negotiations.

President Bainimarama thanked all parties and stakeholders for embracing the Talanoa spirit to move the collective agenda forward not in an atmosphere of blame or finger-pointing, but with respect, empathy and understanding.

“To realise that we all have legitimate points of view but that we are all essentially in the same canoe,” he said.

“And to realise that the scale of the climate threat requires us all to do more – much more - if we are to preserve life as we know it on our planet and the health and well-being of our people, our economies and our legacy for future generations.”

Bainimarama said the exchange of ideas that took place in Poland must now be translated into concrete action. “And I appeal to you all to return to your capitals with this Talanoa Call for Action and demonstrate the political will that is necessary to move this process resolutely forward by 2020.”

Kurtyka, who also serves as state secretary in Poland’s Ministry of Energy and Environment, thanked Bainimarama for his leadership, words and personal involvement and for the impact that the COP23 presidency brought to the process at COP24.

It was a very special situation where two presidencies together presided over the Talanoa Dialogue, Kurtyka said, and he was very happy as it was also an immense journey for him personally.

He said it was also interesting to see that the Talanoa spirit was not limited to those present in Katowice but included people around the world.

“It has reached a billion people on social media, bringing stories to our attention that we otherwise would not have heard and giving us a powerful sense of the scale and momentum in favour of more ambitious climate change action,” Kurtyka said.

“We want to send a clear signal that there is a global consensus to step up action by 2020.”

At the closing plenary, Bainimarama asked countries to increase their climate pledges fivefold: “Five times more ambition, five times more action” in a bid to meet the 1.5-degree target by 2100 – a reference to the recent UNEP emissions gap report.

Meanwhile, countries were encouraged to factor the outcome of the Dialogue into efforts to increase their ambitions and to update their nationally determined contributions, or NDCs, which detail nations’ climate actions, in 2020.

A high-level stock-taking of actions taken before 2020 gave countries the opportunity to assess their current levels of ambition. Another stock-taking is planned for 2019.

“While there are clearly gaps that remain, the stock-take of actions taken before 2020 and the Talanoa Dialogue have clearly shown that the world has built a strong foundation for climate action under the Paris Agreement,” said Patricia Espinosa, Executive Secretary of the UN Framework Convention on Climate Change.

As stated by Bainimarama, the Talanoa is a commitment that by the time the nations of the world convene again in New York on September 2019 for the UN summit to review the progress made since Paris, the existing NDCs are revised resolutely upwards.

Bainimarama also thanked the UN Secretary General for his strong endorsement of the Talanoa Dialogue as a critical vehicle through which to raise ambition and his call for the Talanoa process to continue all the way to New York and beyond.

“Fiji commits itself here in Katowice to continue to lead the Talanoa Call for Action,” Bainimarama said at the close of the Talanoa Dialogue.

“We are proud and very gratified that this Pacific concept of inclusive decision making has captured the imagination of the world.

“We are proud and very gratified that it has the support of not only a great number of national governments that make up the Conference of the Parties but the members of the Grand Coalition that have been at the core of Fiji’s COP23 Presidency – states, cities and regions, the private sector, civil society and faith-based organisations and billions of people around the world,” Bainimarama added.

A version of this story was originally published in print in The Solomon Star.

Madrid
Images of a static COP