How waste management is helping Vietnamese women earn a living

How waste management is helping Vietnamese women earn a living 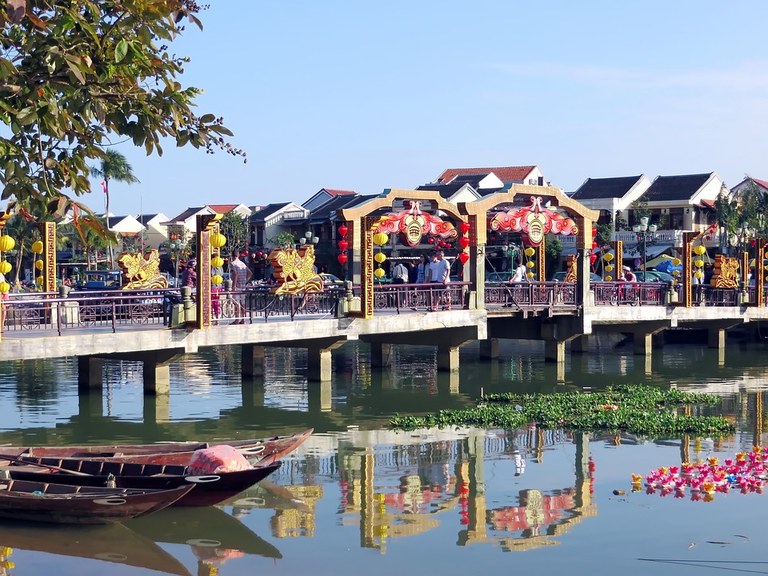 Most of the solid waste here, the country's first "eco-city" -- known for its pagodas, temples, ancient wells and tombs -- was once finding its way into the ocean, streams and landfills, threatening the environment and the health of communities.

Now, household and tourism industry waste is sorted into three categories -- recyclable, biodegradable and persistent -- and disposed of under a pilot evolved by UN agencies with the involvement of locals, mainly women.

Result: Scientific waste disposal is not only enhancing community income and employment, but is also addressing local environmental and climate challenges while at the same time taking into account business interests.

Home to a harmonious blend of Vietnamese, Chinese and Japanese influences, Hoi An is located about 30 km south of the coastal city of Da Nang in Quang Nam province.

The credit of setting up the long-term waste management system that fosters sustainable development goes to a Global Environment Facility (GEF) Small Grants Programme, which came into existence in Hoi An in 2010. It basically aims at innovation and advocacy.

With the support of GEF, a financial mechanism for several environmental conventions, a women's union piloted the project named "Socialisation of solid waste management in Hoi An".

The project not only aimed to collect, segregate and dispose of the waste but also gave ample opportunity to poor local women to earn from it, a GEF spokesperson told IANS.

Biodegradable waste is composted at the household level and then used by local farmers for sustainable agriculture. Plastic, metal, and other recyclable waste is collected and sold to recycling facilities, while persistent waste is disposed of by the local government.

A revolving credit scheme gave loans to members of the groups and allowed the waste management programme to become viable.

Minh Hang, an octogenarian woman living in Hoi An, whose population density is six times higher than the national average, says the waste management programme helps her family get jobs.

She told IANS through an interpreter: "My entire family depends solely on waste collection and its disposal... it helps us earn a livelihood and also saves the environment."

According to the United Nations Industrial Development Organisation (UNIDO), the Hoi An eco-town development, which is funded under the UN's One Plan Fund, envisions active participation by people's committees to implement green industry practices in small and medium enterprises, particularly those in the tourism, crafts and related sectors.

The local civic authorities were advised to arrange solid waste collection plans and promote gardening in the city by involving business houses.

United Nations Development Programme (UNDP) President Achim Steiner, who is the Vice-Chair of United Nations Sustainable Development Group, told IANS: "I think it takes the (local) leadership first. The private sector needs to be prepared to lead in this (in finding solutions to climate change) field also."

"It (private sector) can't be a passive player and they can't wait for the government to solve the problem. So the first thing we in the UN family, not only in the UNDP, is to look for the leaders in the private sector because they are part of the change that we are calling for."

Steiner, who was in Da Nang last week to meet with senior government leaders of Vietnam and attend the sixth GEF Assembly, was informally interacting with reporters there.

A passionate advocate of the Sustainable Development Goals, Steiner was categorical in saying that together with the private sector "we develop platforms on the issues of climate change".

"The private sector is a key factor in allowing the 2015 Paris Climate Agreement to succeed," he said, adding, "So, engaging the financial sector is going to be a key priority."

"Environment change is still pacing our capacity to respond by far. Emissions are not coming down enough. So is the global footprint of our consumption. We have produced more plastic in the last 13 years than in the entire human history. And you see the exponential impacts on the planet."

"We are still confronting this. There is enormous need for transformational change. And this in the backdrop in which national and international cooperation of multilateralism acting together and acting in solidarity to one another (is required)," he said.

Since 1998, GEF's Small Grants Programme has supported more than 150 projects in Vietnam. The programme supports communities to demonstrate, deploy and transfer innovative tools and approaches for managing harmful chemicals and waste.

Vishal Gulati was in Da Nang for the Internews' Earth Journalism Network Biodiversity Fellowship Programme at the Sixth Global Environment Facility (GEF) Assembly. He can be reached at [email protected] 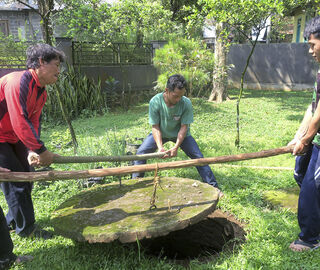