China is already operating one plant, but thousands of megawatts of geothermal energy still lies locked in the Himalayan region

Geothermal energy can reduce the use of fossil fuels for heating in the Himalayan winters. (Image by Geo Thermal)

Thousands of megawatts of geothermal energy remain locked up in the Himalayas because of environmental considerations and lack of investment in research, say international geologists.

“I hope lessons from elsewhere in the world can help harness these resources in the Himalayas,” Geo Moore, a geologist at the Energy and Geosciences Institute, University of Utah, told a conference on sustainable resource development held last month in Leh, Jammu and Kashmir state, India.

Geothermal energy, derived from heat stored in the earth, is considered to be renewable energy and the world currently has 11,131 megawatts of it installed in 24 countries with the US leading with 3,151 megawatts. The Philippines and Indonesia follow with 1,907 and 1,307 megawatts respectively.

China has, since 1976, been operating a 25 megawatt plant in Yangbaijan, Tibet, exploiting geothermal water at a temperature of 160 degrees Celsius. Moore says that while this is a good example, the potential in adjacent Jammu and Kashmir is even greater.

“The hottest and best known of the geothermal systems are in Jammu and Kashmir, which form part of the northwest Himalayan ‘geothermal province’ that extends through Nepal and Tibet,” Moore says.

According to Jonathan Craig, honorary professor at University College, London, and the University of Jammu, the Puga hot spring area, located at the junction of the Indian and Tibetan plates in Ladakh, has the greatest geothermal energy potential on the Indian subcontinent.

“A 20 megawatt geothermal plant at Puga could save three million litres of diesel burnt annually in the region at a cost of approximately US$ 2 million,” says Craig who has published a paper on the subject in Earth Science Review in May 2013.

Such a plant, says Craig, would eliminate the need for traditional kerosene stoves and gas-operated heaters during winter and prevent the emission of some 28,000 tonnes of carbon dioxide.

Brinda Thusu, from the department of earth sciences, University College of London, says that Puga is the most promising geothermal field in India as it has hot springs, mud pools, and sulphur and borax deposits covering an area extending over 15 square kilometres.

Glacial mass balance calculations indicate that there is sufficient melt water available to recharge both shallow and deep reservoirs in the Puga geothermal field, Thusu said. 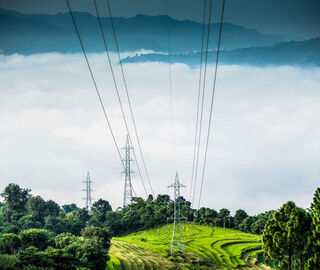 Nepal
All water for power in Nepal’s new electricity bill

Himalayas
Can the Himalayan region go green amid an economic downturn? 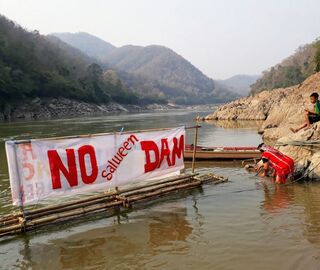 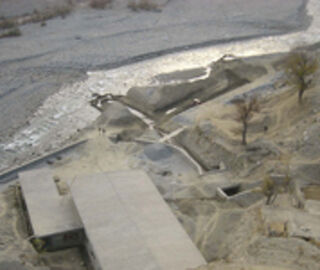