Illegal mining is speeding up deforestation in the Venezuelan Amazon

Illegal mining is speeding up deforestation in the Venezuelan Amazon 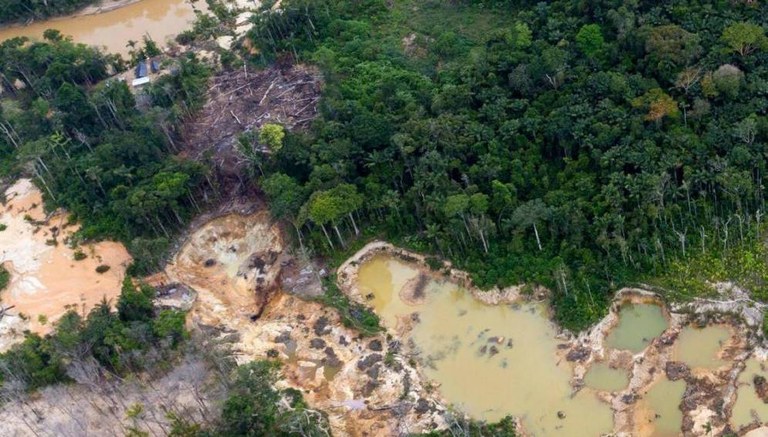 More than 2,800 square kilometers of forest in the Venezuelan Amazon were cleared between 2011 and 2015 / Credit: Javier Mesa for SciDev.Net

Illegal mining is accelerating deforestation in the Venezuelan Amazon, according to a team of Venezuelan researchers who found that more than half of the forest cover lost during their 15-year study occured during the last five years, between 2011 and 2015.

In total, the research showed that 5,266 square kilometers of vegetation was devastated between the years 2000 and 2015, much of it to make way for illegal mining operations.

The researchers were working for Provita, a non-governmental organization that has studied the biodiversity of Venezuela for more than three decades. Using images from Landsat 5, Landsat 7 and Landsat 8 satellites, they performed spatial analyses under the protocol of the Amazonian Geo-referenced Socioenvironmental Information Network, or Raisg, a consortium that has standardized a method for studying the Amazon using geospatial information and statistical data. By mapping and comparing deforestation in three different five year periods -- 2000-2005, 2006-2010 and 2011-2015 -- they were able to determine the rate of forest clearing.

The results of this research were presented at the first Latin American and Caribbean Congress of Biological Conservation (LACCCB) held in Trinidad and Tobago on July 26. 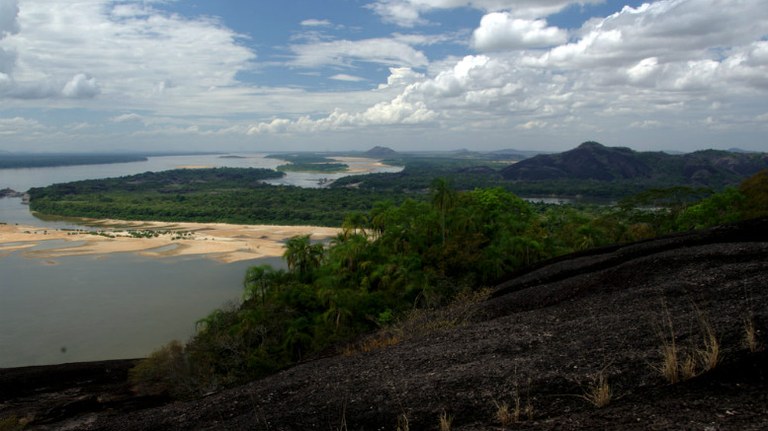 One of the regions that experienced the most deforestation was along the Orinoco River, pictured here / Credit: Luis Alejandro Bernal/Flickr

“From 2010, we found a large-scale affectation related to the illegal mining industry," said biologist Juan Carlos Amilibia, who led the research project in which Irene Zager, Sara Carvajal, and Rodrigo Lazo also took part. "The speed at which the illegal mining industry consumes the plant cover is very quick, in comparison with other, more traditional causes in the area, such as agricultural activities and urban settlements,” he explained.

The area near Las Claritas, in Bolívar State, as well as points around the Caroní and Ikabarú rivers are some of the places most affected by the mining-induced deforestation detected in the study.

In these three areas, gold extraction is the main mining activity, though the llegal extraction of diamonds, bauxite, and coltan -- which is widely used in the microelectronics, telecommunications, and aerospace industries -- also takes place.

The area deforested between 2011 and 2015 also includes another 953.50 square kilometers inside the zone demarcated for the Orinoco Mining Arc, the flagship mining project of the current government of President Nicolás Maduro.

The Orinoco Mining Arc was created under a state decree in February 2016. It sets aside around 112,000 square kilometers (roughly 12 percent of Venezuela’s total land area) for mining activities in the south of the Orinoco River, an ecologically sensitive area which forms a part of the Venezuelan Amazon that is home to 16 indigenous communities, 850 species of birds, 257 mammals, 205 amphibians and 204 different reptiles. 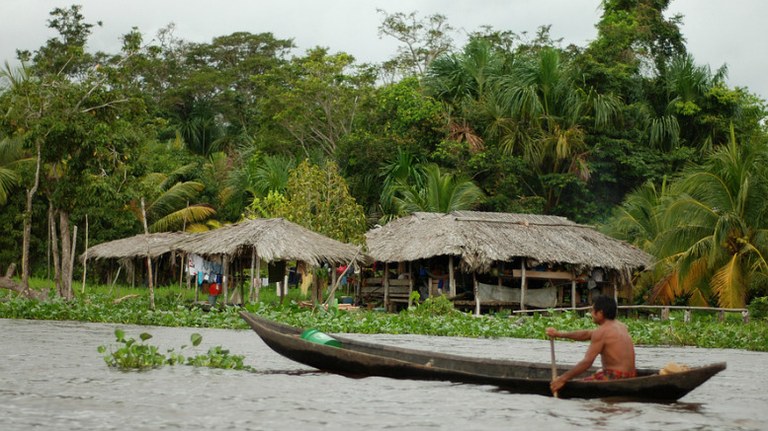 The Orinoco River basin is home to 16 indigenous communities and more than a thousand species of flora and fauna / Credit: Cosia Malochleb/Flickr

“Deforestation is not the only consequence of the mining industry," said Vilisa Morón-Zambrano, chairwoman of the Venezuela Ecological Society and an expert in biological sciences who oversaw the topic of biodiversity in the south of the Orinoco River at the LACCCB. "The sedimentation of the rivers and contamination by mercury, despite the fact that this element is prohibited by Venezuelan law, are other consequences that must be studied."

“Mining activity generates the dragging of sediment to the rivers, and that produces a change in the ecosystem that can affect the 1,200 species of fish that we know live in this area south of the Orinoco”, Morón-Zambrano explained.

Both Moron-Zambrano and Amilibia said that deforestation in this area needs further study, with an additional phase of of comparison among several points of the Venezuelan Amazon given that there are now illegal mining practices occuring at a very small scale and among small surfaces, the environmental consequences of which are difficult to analyze only through satellite images.

This story was produced under the EJN Biodiversity Fellowship 2018. A version of it was first published in SciDev.Net on August 6, 2018.