In the Himalayas, women are left behind in the changing climate

In the Himalayas, women are left behind in the changing climate 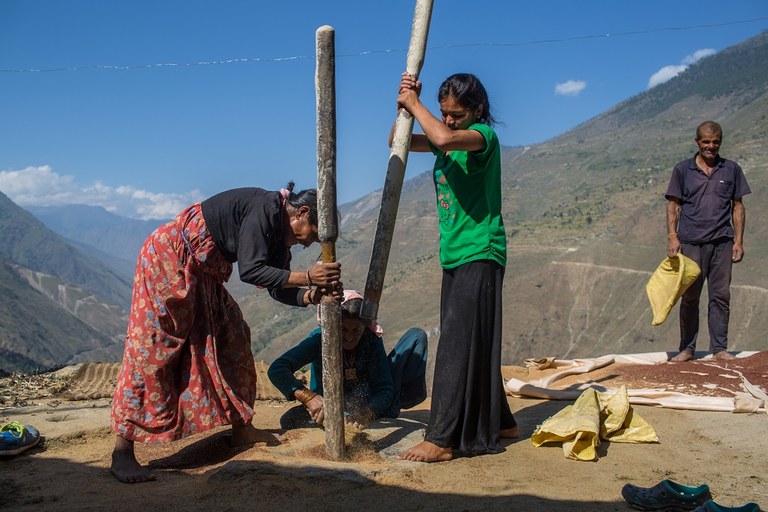 The International Centre for Integrated Mountain Development (ICIMOD) released a first of its kind assessment of climate change in the Hindu Kush Himalaya region this week in Kathmandu. The report has terrifying findings. Even with drastic cuts to climate-warming global greenhouse emissions, we will lose half of the Himalayan glaciers by 2100 with a temperature rise of 2-degrees Celsius.

See also: The Indus: a river of growing disasters

The report – compiled by 200 leading scientists – also warns that the lives of more than 240 million people in the mountains will become more difficult with climate change and the livelihoods of more than 1.9 billion people downstream will also be affected. The Himalayan region, known as the world’s Third Pole because it has the largest store of ice outside the polar region, is the source of Asia’s major rivers, including the Ganga, Indus, Brahmaputra, Yangtze and Yellow River.

While the scientific findings are worrying, the report also draws attention to the fact that the solutions to climate change are largely techno-centric in design and fail to grasp the social dimensions of problems such as gender.

Technical observations – such as changes in temperature and precipitation – are easier to measure, but focusing on them undermines the importance of diverse local experiences.

The complex effects of climate change on the lives, livelihoods and resources of diverse groups of people are poorly understood.  The report argues that it is important to link the “abstract generalizations, specificity and objectivity” of climate science and climate interventions with contextually relevant social meanings and experiences.

Ramesh Bhushal, Nepal editor of the TheThirdPole.net, spoke to Chanda Gurung Goodrich, lead coordinating author of the gender chapter of the Hindu Kush Himalaya Assessment, “In the shadows of the Himalayan mountains: persistent gender and social exclusion in development.” 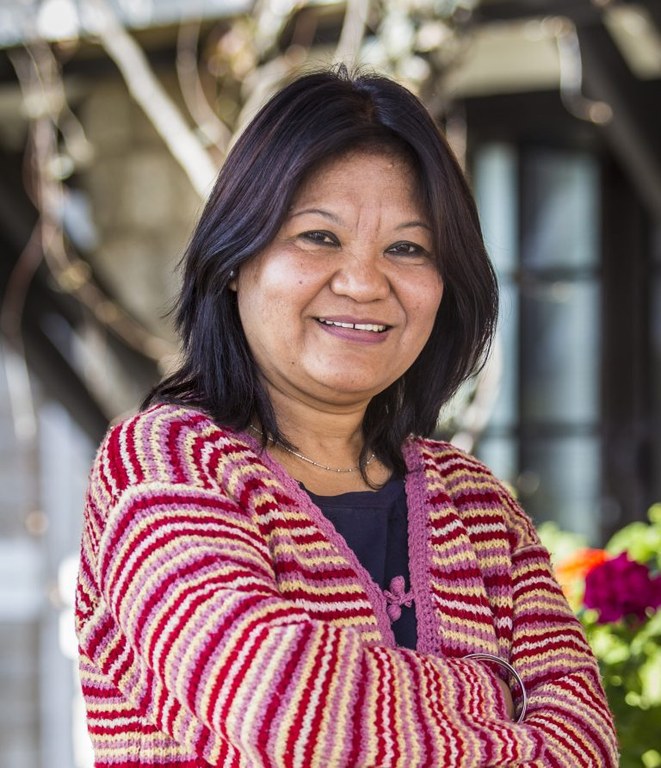 Ramesh Bhushal (RB): What does this chapter deal with and why is it important in relation to climate change?

Chanda Gurung Goodrich (CGG): It talks about the intersections between gender, social equity and climate change in the context of changing realities across the Hindu Kush Himalaya. And how climate-related institutional interventions respond —or do not respond—to the complex and diverse realities of people’s lives on the ground.

RB: What is the current state of gender inclusion on climate change in the region?

CGG: When we think about gender, it’s not only about women or men, it’s more about which women and which men. People in this region are divided by caste, class, ethnicity, age, education, geography (urban, rural, highland, lowland) and marital status. People face multiple forms of exclusion and oppression based on who they are, on the position in the social hierarchy because of gender structure and due to geographical location. When you look at climate change or disasters, the most affected are the poorest women in the most remote part of the mountains because they don’t have access to resources, information, or have the skills to adapt. Because you don’t have capacity, you are more vulnerable. Women across different socioeconomic categories are disproportionately affected because of structural inequalities in the distribution of rights, assets, resources and power based on repressive cultural rules and norms.

RB: The report says policies and responses in HKH countries overlook the multiple forms of oppression and exclusion that women face. Could you elaborate with some examples?

CGG:  Policies and programmes have long focused on the functional rather than the structural aspects of gender relations. Gender has been applied narrowly, often as a synonym for poor [rural] women but without further differentiation of these women’s’ needs, interests, identities and roles. As a result, these policies produce technocratic quick fixes that place unrealistic burdens on women already in poverty. They offer women with economic opportunities but do not address their unequal power relations with men, unequal wages and share of domestic and work responsibilities. For example, policies on land tenure and employment disadvantage rural women—especially those in poor remote mountainous areas—by undervaluing their critical roles in food security, sustainable agriculture and natural resource management.

To give another example, in some cases early warning signals have not reached large numbers of women in Bangladesh because the information is disseminated primarily in public places to which many women do not have easy access. And even when women received warnings they were constrained by cultural norms that restrict their freedom of movement in public—that is, women were not allowed to leave their houses without a male relative, and many women waited for their husbands to return home before evacuating, thereby losing precious time that might have saved their lives and those of their children.

RB: The report also says migration in the Himalayan mountains has given rise to a rhetoric of ‘feminization of responsibilities.' What does that mean in the context of a changing climate?

CGG:  There are high levels of migration in Hindu Kush Himalayan countries and mostly young men are migrating. As more men migrate in search of livelihood options, rural women assume a disproportionate share of responsibilities—agricultural labour, looking after children and supporting community welfare, as well as responsibilities in the public sphere. This has given rise to a gendered rhetoric of 'feminization of responsibilities’. Women are expected to adapt to climate change and cushion its adverse effects on their households and communities. Such rhetoric adds climate change adaptation to the already long list of women’s responsibilities. Addressing this kind of social change will need policies that address multiple forms of exclusion, which is currently lacking.

RB: As argued in the report, available data on women in HKH countries does not reflect the relations of inequality, hierarchy, inclusion and exclusion, how?

CGG: A major problem is that empirical data on the impacts of climate change are often presented in aggregate terms, reflecting an unfounded assumption that climate change affects people uniformly. Policy makers need to acknowledge that experiences of climate change, and responses to climate change, are defined by intersecting factors of age, caste, class, gender, and ethnicity in this region. Therefore, policymakers need to support mechanisms to collect disaggregated data. Needs among women are also different. Blanket policies have been designed and implemented based on national data and it’s not going to work.

RB: Is the shift in women’s and men’s responsibilities matched by a corresponding shift in policies and attitudes about gender?

There is a mismatch and it’s high time to fix it. For example, women are doing well in education and health in the HKH region but when it comes to politics and economy there is a huge gap. So what if I am educated and healthy if I don’t have right to make decisions, I don’t have the right to control the money. So responsibilities are changing with education, but policies and attitudes aren’t.

RB: How can we fix gender-related problems on climate change and natural resources?

CGG: There are several problems and different ways to solve them. However, it is critical to recognise that gender does not equate to women. There is no single class of HKH women and men, and no universality of experience in regard to climate change impacts. It is quite important to realise that since men continue to be key actors in environmental science, policy and intervention across South Asia, the manner in which masculinity mediates environmental science, policy, and governance needs to be addressed.

While it is critical to create space for women to participate in natural resources management, policies must reduce rather than increase the responsibilities and environmental burdens for women. Women’s engagement and participation in climate change policymaking should empower them and promote women’s rights—not promote interventions dictated solely by efficiency.