Between 1990 and 2016, India lost 235 square kilometres (sq km) of land to coastal erosion. That is slightly more than the entire area of Nagpur City (at 227.4 sq km). The state of Andhra Pradesh alone is losing 2.67 sq km of shoreline every year. And Visakhapatnam City, the state capital, has lost 54 hectares of beach along a 10 km-long stretch at an average loss of one hectare per year. 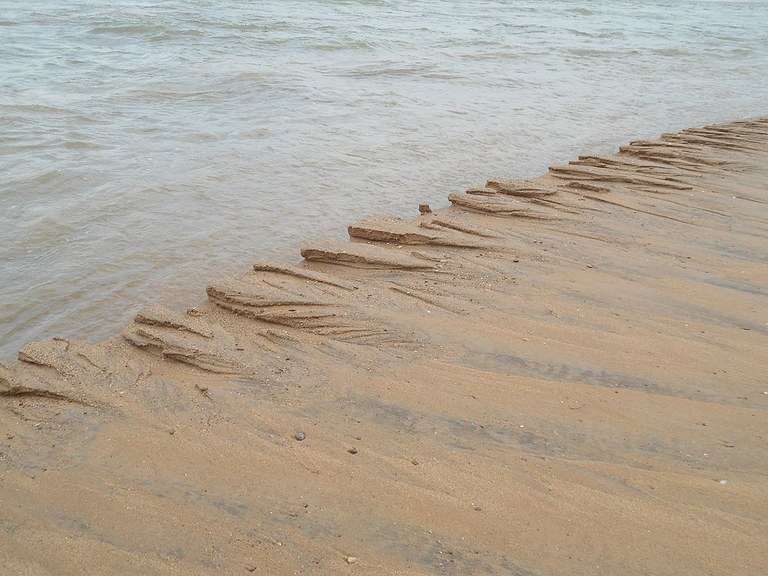 These startling facts about shoreline change were shared by K Nageswara Rao, professor emeritus at Andhra University's department of geo-engineering, during a recent media workshop on climate change, justice and resilience in the Bay of Bengal region organised by the Earth Journalism Network.

Rao has been researching and documenting changes along India's coastline due to natural and human-made factors. But these coastline changes are not limited to India alone. According to a study published last year in the research journal Nature titled "Global long-term observations of coastal erosion and accretion," between 1985 and 2015 the world saw a net loss of about 14,000 sq km of surface for human settlements and terrestrial ecosystems.

Coastal environments form the interface between the land and sea/ocean and host about 40 per cent of the world’s global population. In India, nearly 250 million people live within 50 km of the coastline, and more than seven million coastal families of fishers and farmers directly depend on the coastal zone.

Coasts are not static and undergo constant changes due to natural factors, such as rivers flowing into the sea, sediment deposition, tides, storms, tsunamis, and more. These natural factors lead to both accretion (land gain) and erosion (land loss). For instance, as reported by Rao, between 1990 and 2008, Andhra Pradesh lost 88 sq km of coastline due to erosion and gained 40 sq km through accretion. Hence, the state lost a net coastal area of 48 sq km in 18 years.

Apart from these natural factors, human activity also leaves a lasting impact on the coast due to construction of coastal infrastructure, such as dams that alter water and sediment flows, and the chopping of mangroves.

The Nature study notes that “dams are among the most prominent erosion factors, as they retain sediment that would normally feed the downdrift beaches.” It goes on to name some notable threatened deltas, including the delta of the Indus River, at the border between India and Pakistan, and the Brahmaputra delta. Authors of the study note that in relation to the Indus and Brahmaputra deltas, “the effect of the upstream dams is combined with human degradation of the coastal mangrove forests, resulting in enhanced erosion due to the decreased capacity of the estuaries to retain sediments.”

Coupled with these natural and human-made factors, climate change-induced sea-level rise emerges as a serious threat multiplier for coastal erosion. As R Ramasubramanian, principal co-ordinator with Chennai-based MS Swaminathan Research Foundation points out, sea-level rise, shoreline erosion, changes in tides and currents and saltwater intrusion are some of the impacts of climate change already being witnessed by the coastal communities in India.

A study conducted by A Ramachandran, emeritus professor at the Centre for Climate Change and Adaptation Research at Anna University in Chennai, has projected sea-level rise of 4.51 cm to 4.94 cm along the coastline of Tamil Nadu by 2025. The highest risk is to Chennai and Kanyakumari districts, the study shows.

On March 7, India's Union Cabinet chaired by Prime Minister Narendra Modi approved the ‘Flood Management and Border Areas Programme’ for the period 2017-18 to 2019-20 with a total outlay of Rs3,342 crore. Coastal erosion also finds a mention in this programme.

Yet coastal protection doesn’t depend on engineering solutions alone. A large number of coastal states, such as Kerala, Gujarat and Puducherry, have built seawalls to keep the sea at bay. The results aren’t encouraging since seawalls shift the problem of sea ingress to other areas, block sand movement (remember that a beach is a ‘moving’ river of sand) and destroy beaches.

Rao recommends other eco-friendly and cost-effective coastal protection measures, such as stabilizing dunes through the use of vegetation, timber fencing, planting mangroves and more. In addition, coastal communities can be involved in these activities and efforts at beach protection and rejuvenation as a form of additional livelihood.

Nidhi participated in EJN's media workshop in Visakhapatnam. This is an adapted version of a story that originally appeared in DNA India on April 3.