Indonesia must do more to protect whale sharks, conservationists say

Indonesia must do more to protect whale sharks, conservationists say

In 2013, Indonesia declared the whale shark a protected species, hoping to put a dent in the thriving trade in its body and parts which was pushing the world’s largest fish toward extinction.

The new distinction failed to halt an alarming decline in its numbers. Earlier this year, the whale shark (Rhincodon typus) was uplisted from Vulnerable to Endangered on the IUCN Red List.

Now, conservationists are saying Indonesia must do more to protect the school bus-sized creature, including through improved ecotourism management, law enforcement and legal protection.

The whale shark is not endemic to Indonesia, a sprawling archipelago whose seas span one-eighth of the world’s circumference. But three-fourths of whale shark populations occur in the Indo-Pacific, where Indonesia lies.

That the whale shark had become endangered did not surprise Dharmadi, a marine biologist from the government’s Center for Fisheries Research and Development. The slow-growing fish takes 30 years to reach sexual maturity. “And they often get caught accidentally or stranded in coastal areas,” he told Mongabay.

Whale sharks are spotted regularly across the Southeast Asian country. Since the beginning of this year, there have been 17 sightings in the Gulf of Tomini, in the northeast part of Sulawesi island; around 30 sightings in Talisayan, off Borneo’s eastern coast; and around 20 sightings in Probolinggo, in eastern Java, according to WWF-Indonesia. Around 300 whale sharks are thought to live in Cenderawasih Bay, in Indonesia’s Papua region. Some whale sharks have even appeared in Jakarta Bay.

Ecotourism development has begun in Cenderawasih and Tomini. Exploring the secluded Cenderawasih Bay National Park requires a boat, not to mention an expensive flight to Papua for outsiders. By contrast, the entry ticket in Tomini’s Botubarani village costs just 15,000 rupiah ($1.10). That site has seen 30,000 visitors in the past three months, according to Cassandra Tania, marine species officer at WWF-Indonesia.

Shrinking populations, though, could jeopardize these enterprises.

“It has already been a few days that whale sharks have not been seen at Botubarani and the local government is starting to panic,” Tania said.

WWF-Indonesia has worked with the fisheries ministry to establish guidelines for proper conduct around the whale sharks. Divers must keep some distance from the creatures and are prohibited from feeding them or shining flashlights in their direction. But there has yet to be any legal directive, Tania said.

Ecotourism will be a subject for discussion at the IUCN World Conservation Congress in September, along with action plans for shark and ray management and the conservation status of other shark species.

Trafficking is also a major problem. The whale shark’s huge fins are popular in East Asia for spiritual purposes, and they are also used in shark fin soup. Their skin can be turned into bags, their oil into health supplements.

“This is the first time we’ve managed to get live [whale sharks] because they’re usually [cut] into pieces already,” said Irma Hermawati, legal advisor for the Wildlife Conservation Society’s Wildlife Crime Unit, which assisted in the operation.

The most common trick is to mix whale shark meat with that of other fish, making it difficult to differentiate without using a DNA test, said Hermawati.

Indonesia is home to roughly 200 shark species, but only whale sharks are protected by law. For the most in-demand species, like the hammerhead (Sphyrnidae) and the oceanic whitetip (Carcharhinus longimanus), only an export ban is in place. 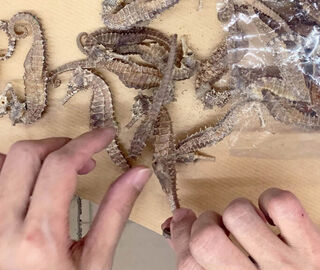 Malaysia
To Save Seahorses in Malaysia, Culture Matters 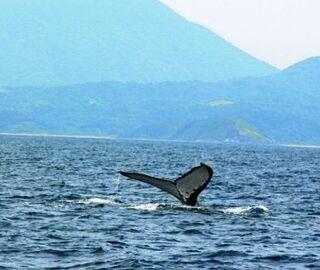