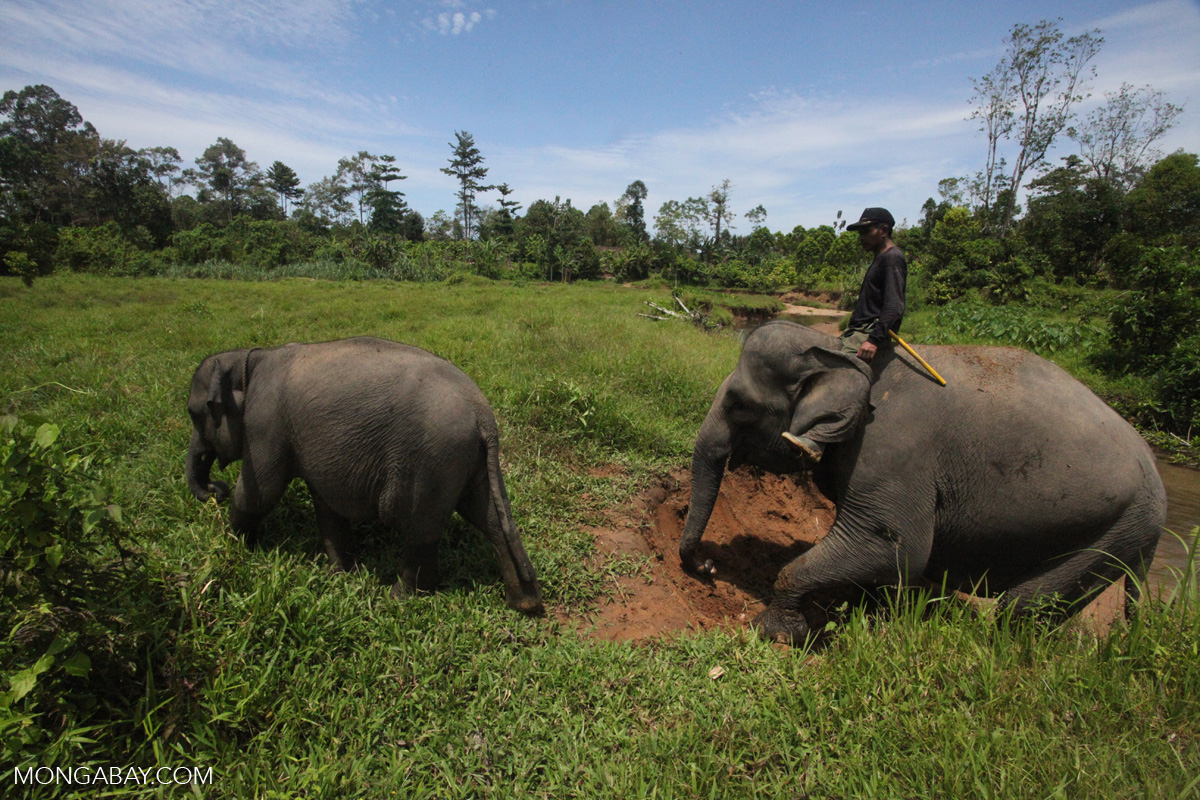 Sumatran elephants in Indonesia’s Leuser Ecosystem. Rapid oil palm expansion is eating away at the creatures’ habitat and driving them into increased conflict with humans. Photo by Rhett A. Butler

The Indonesian environment ministry has denied the Aceh provincial government’s proposal to rezone part of Mount Leuser National Park for geothermal development, reacting to opposition from conservationists who argued the project would threaten key orangutan and rhino populations.

The ministry’s director for protected areas told Mongabay that the ministry had rejected a letter from Aceh Governor Zaini Abdullah asking that a section of the park’s “core zone” be changed to a “utilization zone” so that a Turkish company, Hitay Holdings, could develop geothermal there.

“The minister received the letter but from socialization and [public] consultation, the result was disagreement with the rezoning, so that’s that. [The plan] stops there,” Tachrir Fathoni told Mongabay last week on the sidelines of the IUCN World Conservation Congress in Honolulu.

The project would have covered 50-100 hectares of land, but Abdullah had asked for the rezoning of nearly 8,000 hectares in the Kappi Plateau, where hundreds of critically endangered Sumatran elephants (Elephas maximus sumatrensis) live.

The House of Representatives would have also had to sign off on any proposal to rezone a national park, Fathoni added.

Mount Leuser National Park is part of the wider Leuser Ecosystem, a nationally protected area constituting one of Southeast Asia’s last great swaths of intact rainforest. But the Aceh government’s 2013 spatial plan makes no mention of Leuser, and local officials have argued that the semi-autonomous province has a right to develop the area.

The spatial plan is now the subject of a citizen lawsuit filed by Acehnese activists and indigenous groups. It has also attracted the attention of celebrities like Hollywood actor and environmentalist Leonardo DiCaprio, who recently visited Aceh’s forests and signed a petition to revise the spatial plan.

In his letter to the environment ministry, Governor Abdullah had stressed that the “green” geothermal project would support President Joko Widodo’s plan to add 35,000 megawatts of generating capacity to Indonesia’s overstretched power grid by 2019.

“We would support geothermal to be outside conservation areas. This should be the priority,” Fathoni said, adding that the government needed to find ways to harmonize national interests with conservation efforts.

Ian Singleton, director of the Sumatran Orangutan Conservation Programme, said the Aceh government had plenty of other options for geothermal sites, such as in the Mount Seulawah Agam area.

“The sad thing is that whilst the Kappi region and the upper Kluet [River] are extremely important areas for elephants, tigers and orangutans, the pressure is really on to get these things built,” Singleton told Mongabay.

“If the government said it was for supply of electricity for the area, we are confused as the location is in the heart of a national park and there are no villages in the surrounding areas. Even in outside of the site, there are no significant villages to justify new power plants,” he added.

Besides geothermal, the Aceh government is planning to build a hydroelectric dam in the Kluet River in South Aceh district. The project, implemented by PT Trinusa Energy Indonesia, is expected to produce 180 megawatts. 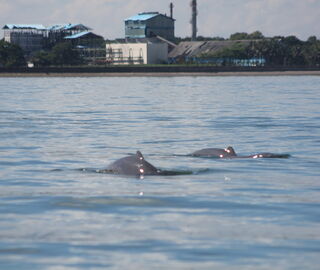