What do the CITES decisions mean for Southern Africa’s elephants – and in particular, the world-famous Kruger National Park, where earlier this year CITES documented a 23% rise in elephant poaching? Yolandi Groenewald reports 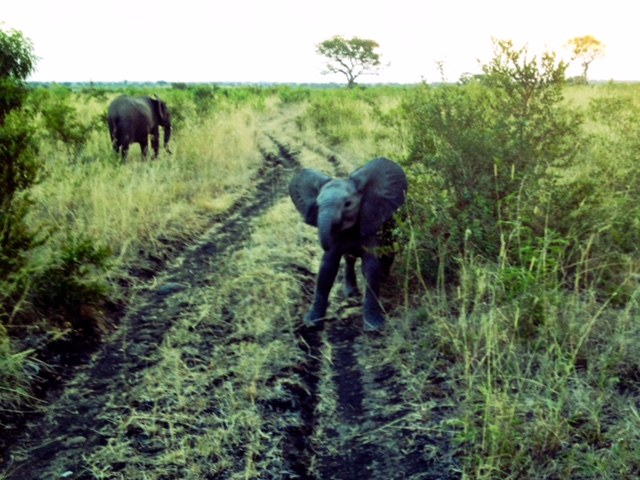 This year at least 36 elephants have been slaughtered in the Kruger. Photo: Yolandi Groenewald

As the world voted to keep elephants on Appendix II of the Convention on International Trade in Endangered Species (CITES) in Sandton on Monday, fears are increasing that the elephant-poaching pandemic is reaching across South Africa’s borders.

A resolution to uplist elephants to Appendix I, which would have accorded them the maximum level of international protection, was narrowly defeated when 62 nations voted in favour of the motion, with 44 voting against and 12 nations abstaining. A two-thirds majority was needed for the motion to pass.

A proposal from Namibia and Zimbabwe to allow limited domestic ivory trade was also defeated after a secret ballot. South Africa supported the proposal.

Up to now South Africa’s elephant populations have been steadily increasing. The Great Elephant Census, a survey of savanna elephants across Africa published in August, counted 17,433 elephants in South Africa and reported the population as stable.

But trouble is brewing.

This year at least 36 elephants have been slaughtered in the Kruger National Park. A CITES report published earlier this year found the Kruger had witnessed a 23% rise in elephant poaching.

Since 1994, the elephant population in Kruger has risen from around 8,000 to 17,000. Across the border in Mozambique, however, elephant poaching has been spiralling out of control.

Most of the elephant poachers in Kruger enter the park via the Mozambican side, using the Greater Limpopo Transfrontier Park corridor, field ranger Marius Snyders told reporters in June. The fence was dropped along this corridor.

While the rhino-poaching crisis has been centred in the south of Kruger, attacks on elephants are taking place in the north of the park, stretching security resources, Snyders said.

Kruger’s chief ranger, Nicholus Fundas, told Oxpeckers elephant poaching was the next big crisis for the park. The Kruger risks becoming the next big killing field as the war on elephants takes hold all over the continent, he said.

The Great Elephant Census showed a decline of 30% in African savanna elephant populations in 15 of the 18 countries surveyed. Around 144,000 animals were lost over a seven-year period in 15 African countries, declining at a rate of 8% a year. The population across those countries today stands at 352,271 elephants. 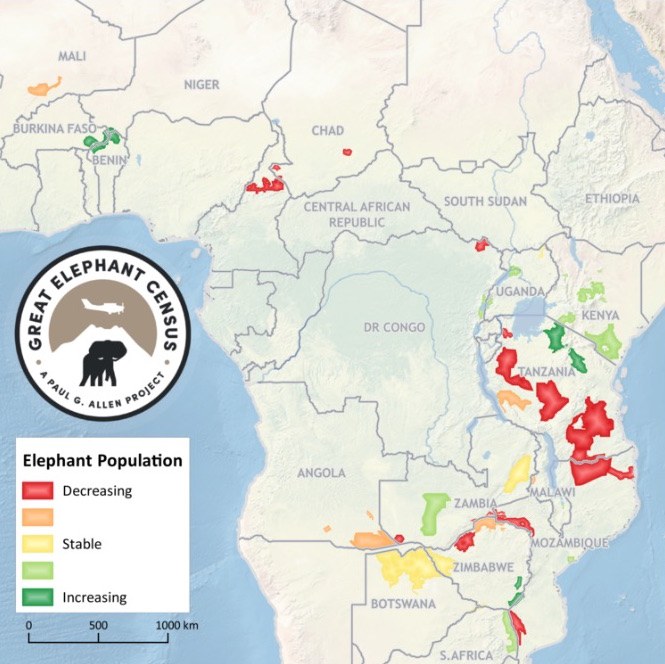 The census showed about 144,000 elephants were lost over a seven-year period in 15 African countries, declining at a rate of 8% a year

“We are in the midst of a continent-wide poaching crisis that is decimating Africa’s elephants,” said Allen. “We believe that urgent action to prevent reopening legal ivory trade between nations and to close domestic markets around the world are critical to ending the poaching crisis.”

Mozambique was one of the hardest hit areas, with a rate of decline of around 40% a year. Conservationists had warned that it was only a matter of time before the Mozambican crisis moved to South Africa, the census said.

The statistics fired debate at CITES about how African nations can best protect their elephants. A deep rift emerged at the talks, but after all three of the main ivory proposals were defeated on Monday, it left the world with pretty much a status quo and pledges by problematic markets such as China that they would do better.

On the one side of the African rift was the call by a group of African countries for a global ban on ivory trade by listing all elephant populations on Appendix I. Benin, Burkina Faso, Central African Republic, Chad, Ethiopia, Kenya, Liberia, Mali, the Niger, Nigeria, Senegal, Sri Lanka and Uganda all supported the call. All of these nations have had rampant elephant poaching problems and believe closing down all ivory markets would help save their elephants.

In the other corner were counter-proposals by Namibia and Zimbabwe to allow them to resume ivory trading. Only South Africa, Namibia and Botswana have stable or increasing elephant herds in Africa. The nations list their elephants under Appendix II, which allows trade with some restrictions.

Namibia said during the debate that it would have no option but to enter a reservation if the uplisting proposal had been accepted. This would have exempted it from CITES regulations on elephants, allowing it to trade ivory legally without any CITES oversight.

South Africa, Namibia, Zimbabwe and Zambia formed a coalition at the talks, saying that selling off ivory could give a significant boost to the dwindling funds needed to conserve elephants.

The census reported that Zimbabwe has a decreasing elephant population, and that within the Sebungwe region in the north populations are down 74%. Zimbabwe has a 70 tonne ivory stockpile worth $35-million and was vocal in support of the sale of stockpiles, but critics questioned whether it was trying to raise money for the cash-strapped government through a stockpile sale. 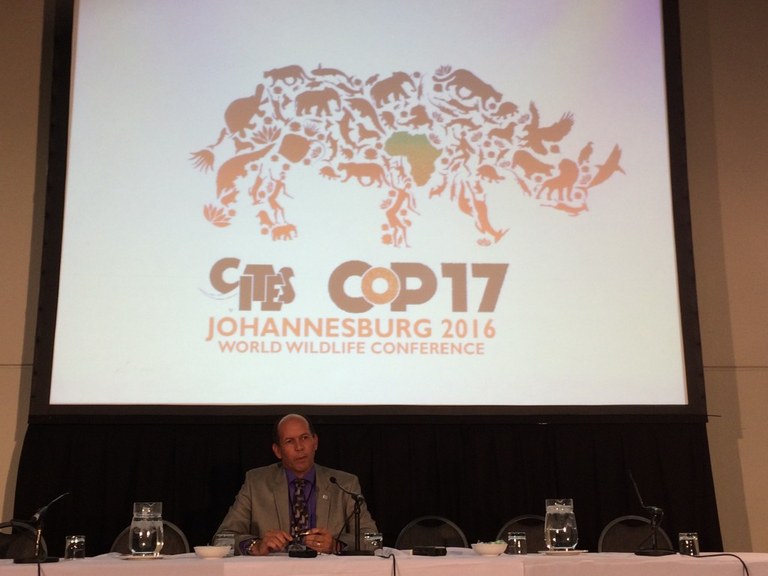 Spanner in the wheel

The spanner in the wheel for the sub-Saharan coalition was Botswana, which announced that it supported a total and permanent ban on the ivory trade, everywhere. Tshekedi Khama, Botswana’s Environment Minister, said the country was willing to forsake its Appendix II status to protect Africa’s elephants. In past decades, Botswana had thrown its weight behind the idea of limited, legal ivory sales from countries that managed their elephant herds sustainably.

Botswana was a powerful voice at CITES CoP17. The Great Elephant Census showed it boasted more elephants than any other nation – about 130,451 resident elephants and a further 60,000 transient elephants moving from neighbouring countries. This represents almost 35% of the African savannah elephant population.

“Sadly, the spotters who counted so many live elephants also counted thousands of dead ones, their carcasses left to rot by ivory poachers who had cut off their tusks and smuggled them through global crime syndicates to foreign markets,” said Khama. “Since the previous elephant census in 2010, we have lost elephants to poaching.”

Khama warned that the Southern African strongholds are now at great poaching risk, and there is concerning evidence that elephant poaching is moving south.

“The struggle for their protection extends beyond Eastern and Central Africa,” Khama said. “We will not ignore our responsibility to other African elephant range states and their elephant populations.”

The Southern African coalition lost the first round in the ivory debate when their recommendation for the adoption of a decision-making mechanism for a future trade in ivory was shouted down. Opponents argued that a one-off stockpile sale could lead to an increase in demand, which could fuel more poaching.

“We are not in crisis,” she said. The region had responsible governments that had managed elephant populations with great success and would continue to do so, Molewa said.

“At this meeting, we’ve worked closely with Kenya and several other African elephant range states on this historic effort,” he said. “The world is coming together on this issue and our goal now is to have all countries examine their domestic markets and take any and all actions necessary to ensure they are not contributing to ongoing poaching and illegal ivory trade.”

Grace Gabriel, Asia regional director for the International Fund for Animal Welfare, slammed CITES for cowardice in not enacting a total ban.

“Given that stockpiles represent a security risk and are a target for criminals to steal and leak ivory into commercial markets, there really should be no question that stockpiles of confiscated ivory should be destroyed with as little impediment as possible,” he said.

African Wildlife Foundation’s vice-president of species protection, Dr Philip Muruthi, said countries like South Africa had done a wonderful job in protecting elephants. “But one region affects the whole heart of Africa,” he said. “We are asking not to introduce ivory into the market, because it is very difficult to distinguish between legal and illegal products.”

Ginette Hemley, head of WWF’s delegation, said the elephant resolutions have closed all potential avenues to a resumption in international ivory trade, paving the way for the world to unite behind efforts to crack down on the illegal ivory trade. 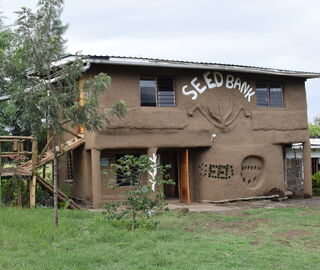 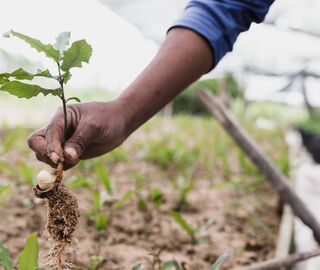