The world's least developed countries have welcomed the agreed-upon guidelines for implementing the Paris climate change agreement that were adopted over the weekend at the UN climate change summit in Poland. But representatives of that group feel some parts of the agreement are weak.

“While there are parts of the package that could and should have been stronger, the implementation guidelines adopted today provide a strong basis to start implementing the agreement,” Gebru Jember Endalew, chair of the least developed countries group, said as the summit concluded.

“The next step, of course, is for countries to take urgent, ambitious action to fulfill their Paris Agreement commitments,” he added.

The summit in Katowice, Poland, was aimed at setting rules for how the 2015 Paris Agreement would be implemented so that countries that had signed onto that agreement could begin limiting their emissions of climate-alerting greenhouse gases.

Where it failed, according to some delegates, was in getting countries to increase their commitments to cut emissions as per the findings of the Intergovernmental Panel on Climate Change’s special report on the impact of a 1.5-degrees Celsius rise in global temperatures.

“It was beyond disappointing that all countries were not able to welcome the IPCC report on 1.5°C here in Katowice," said Endalew. "We cannot ignore its findings, and we absolutely must not ignore its recommendations."

The report warns that the planet is heating up faster than anticipated and that the world has less than 12 years to take ambitious action to avoid a climate catastrophe. It indicates that unchecked climate change will lead to more flooding, famine, drought and disease in developing countries such as Uganda, negatively impacting millions of people. 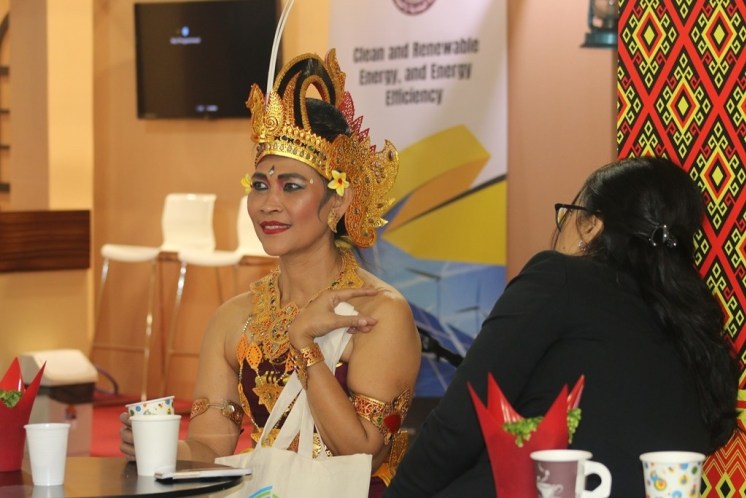 A Thai woman at the Thailand booth at COP24 / Credit: Fredrick Mugira

The Centre for Science and Environment (CSE), the New Delhi, India-based think tank which closely tracked negotiations at the 24th meeting of the Conference of Parties (COP24), said there was nothing to celebrate from Katowice summit.

“The Katowice COP will be remembered as an anti-science COP for its failure to take into account the findings of the IPCC’s Special Report on 1.5-degrees Celsius. It will also be remembered for coming out with a rulebook that dilutes an already weak Paris Agreement, thereby undermining the global effort to combat climate change,” said Chandra Bhushan, deputy director general of the CSE.

CSE also criticized the COP for diluting rules on financial contributions by developed countries after it failed to define what will constitute climate "finance."

According to the Paris Agreement, developed countries are to contribute up to US$100 billion each year by 2020 to battle climate change. But this commitment is not being met.

The guidelines set in Katowice were meant to define what all will constitute "finance," and how it will be reported and reviewed.

Instead, according to guidelines, developed countries have the choice of including all kinds of financial instruments, concessional and non-concessional loans, grants, aid and more from various public and private sources to meet their commitments.

While addressing a press conference at the summit, leaders of the Climate Vulnerable Forum (CVF), a group of 48 of the most countries most vulnerable to climate change, said amidst prolonged floods, droughts and extreme weather events that devastate lives and economies, they will do whatever it takes to survive.

“We are not prepared to die," said Mohamed Nasheed, former President of Maldives and co-founder of the CVF. "We have no intention of becoming climate change’s first victim. We will do whatever it takes to survive.”

Reporting for this story was supported by the 2018 Climate Change Media Partnership, a collaboration between Internews’ Earth Journalism Network and the Stanley Foundation. A version of this story originally appeared on Water Journalists Africa on Dec. 16, 2018.