Living on the edge by the Bay of Bengal

Living on the edge by the Bay of Bengal

On one challenging day, three fishermen head out to sea and find themselves in the midst of a powerful wave that pulls their boat under water. All three men perish as fellow fishers look on in vain. Every day is a risk for these fishermen, but their challenges have been compounded by a decline in fish populations and increasing uncertainties due to climate change. Many are giving up the profession.

This episode kicks off a series that explores what life is like for communities living on the edge in Vizag, a coastal town on the Bay of Bengal bearing many of the brunts of the climate change, including growing storm severity and sea-level rise. Here, reporter Monika Gulati eyes the untold lives and real stories of the fishers as they row against the tide. 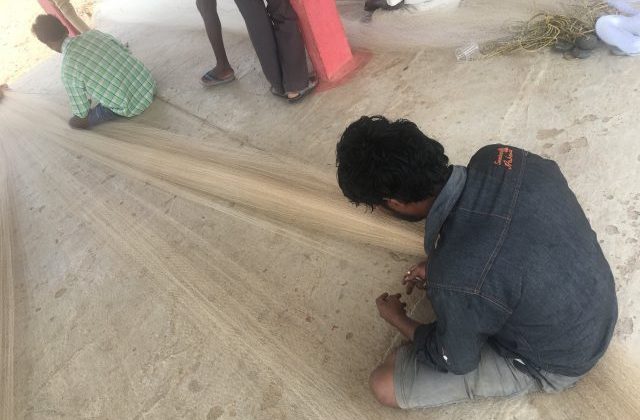 To address concerns about the reduced fish catch, the state government in Andhra Pradesh has implemented a ban on fishing activities from April to June, the time when fish breed and are able to replenish populations. Officials say the ban is a way of ensuring sustainable fishing for Vizag. But months without work causes distress among the fishing community, forcing them to look for other ways of earning money.

Some men knit nets to sell but without skills needed to take up other professions, many find it hard to make ends meet. Gulati met a group of fishermen that continues to fish despite the ban, revealing the challenge with addressing overfishing in the absence of alternative livelihoods. Pinning their hopes on the government, the community debates the pros and cons of the ban in this episode. 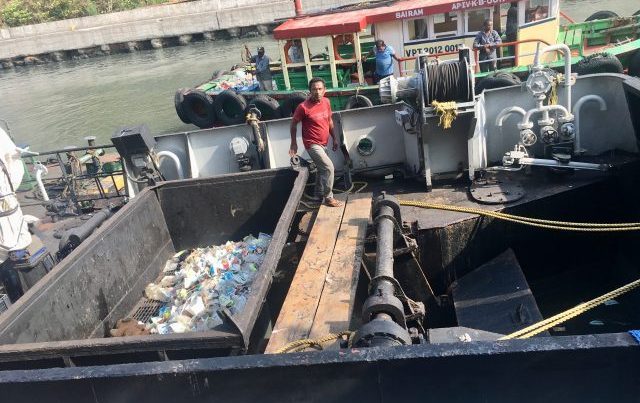 With a rise in untreated sewage and pollution, Vizag is wrestling to hold onto its reputation of being the cleanest port in India. The port, India's second-largest by volume of cargo handled, generates huge revenue for the state and is crucial for maintaining the well being of the fishing community.

But the deteriorating water quality has led to a decline in fish populations, adding to the rising misery of the fishing folk here. Not just that, the untreated waste and sewage create hazardous health problems for the fishermen, such as skin allergies and eye problems. In this episode, Gulati explores how the shadow lines around the coast continue to haunt the fishing community, yet they set out to chase new horizons every morning. 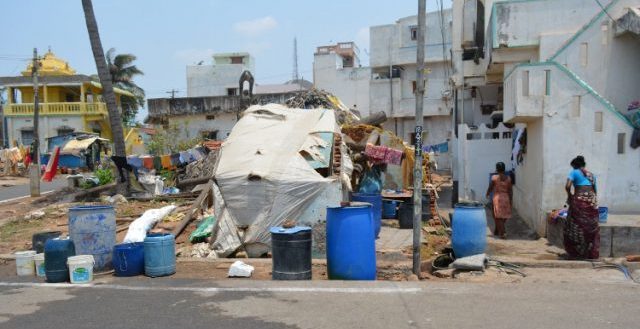 Life for the fishers of Andhra Pradesh varies depending on their proximity to the sea. The fishermen in Bhimli, barely a kilometer from the coast, have little access to many basic resources, such as clean water and health facilities. Their existence pirouettes around the raging sea and battles to strive through persistently evolving weather conditions and the loss of fish. Pedda Jalaripeta sits closer to the city and is less exposed to the evils of climate change. People here also have more options for work and access to amenities.

In this episode, Gulati looks at how the changing weather patterns have become the only constant in the lives of the Bhimli community. 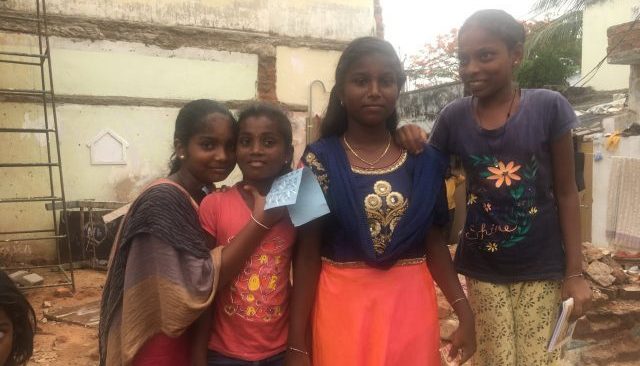 Women are the core nurturers of a social structure, and in Bhimli they are taking the lead in guarding the fishing community and its identity by unearthing new livelihood opportunities.

To support their households and provide a path toward the future, women here are shedding their inhibitions and teaching girls in the community how to stitch to ensure they can earn a modest income. While the work opportunities for women in Bhimli and Pedda Jalaripeta continue to differ, all of them battle to piece a decent life together. Resilience strategies have become a way for the fishing community to push their coastal lives forward, and the women have become pillars of their communities, lifting them out of the dark waters. Gulati has this story. 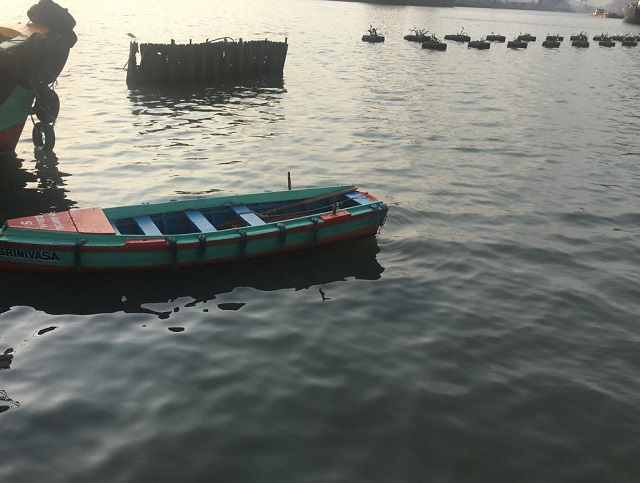 Despite the move among some fishers into other trades, communities along the Bay of Bengal retain their reverence for the sea and its bounty.

That’s even truer following the 2004 tsunami, which engraved traumatic memories on the minds of many fisherfolk. In recent years, amid the challenges of climate change, pollution and overfishing, these fishers have found a need to celebrate, and one way they’re doing so is through Ganga Maa Jatra, a festival to mark the conquest over calamity and honor the memory of the tsunami with grace and simplicity.

Started by a local woman named Ammaramma, the festival symbolizes the community’s strength and courage in the face of hurdles. As Gulati reports, fishermen fix a day when they go out to sea with faith, determination and will to donate money from their catch toward a festival fund. And on that fixed day, they witness an increase in their catch, incurring more than the amount required for the fund.

Episode 7: Work hazards in the lives of fisherfolk 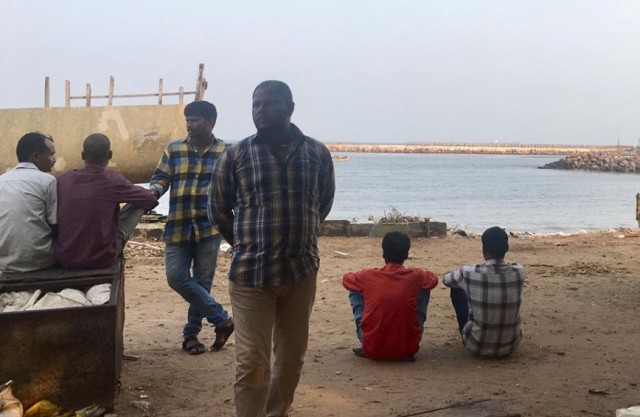 Several environmental hazards threaten to the lives of the fishers here in Vizag, among them untreated sewage, waste and pollutants that enter the Bay. As a result, fishermen say they suffer from skin infections, impaired eyesight and various other diseases. Financial instability and the stress of loan debt coupled with reduced fish catches can lead to alcoholism and tobacco abuse, say medical professionals.

Increased awareness about changing weather patterns and adaptation strategies are an important step toward overcoming many of the challenges this series has explored. But, in the long-term, a safer, more sustainable environment is needed – one brought about through collective, incentivized growth strategies, say sustainability experts. Gulati dives into the need for solutions to steer these fragile communities away from the edge – quite literally – as the fishing community struggles not only to save its craft but lives as well. 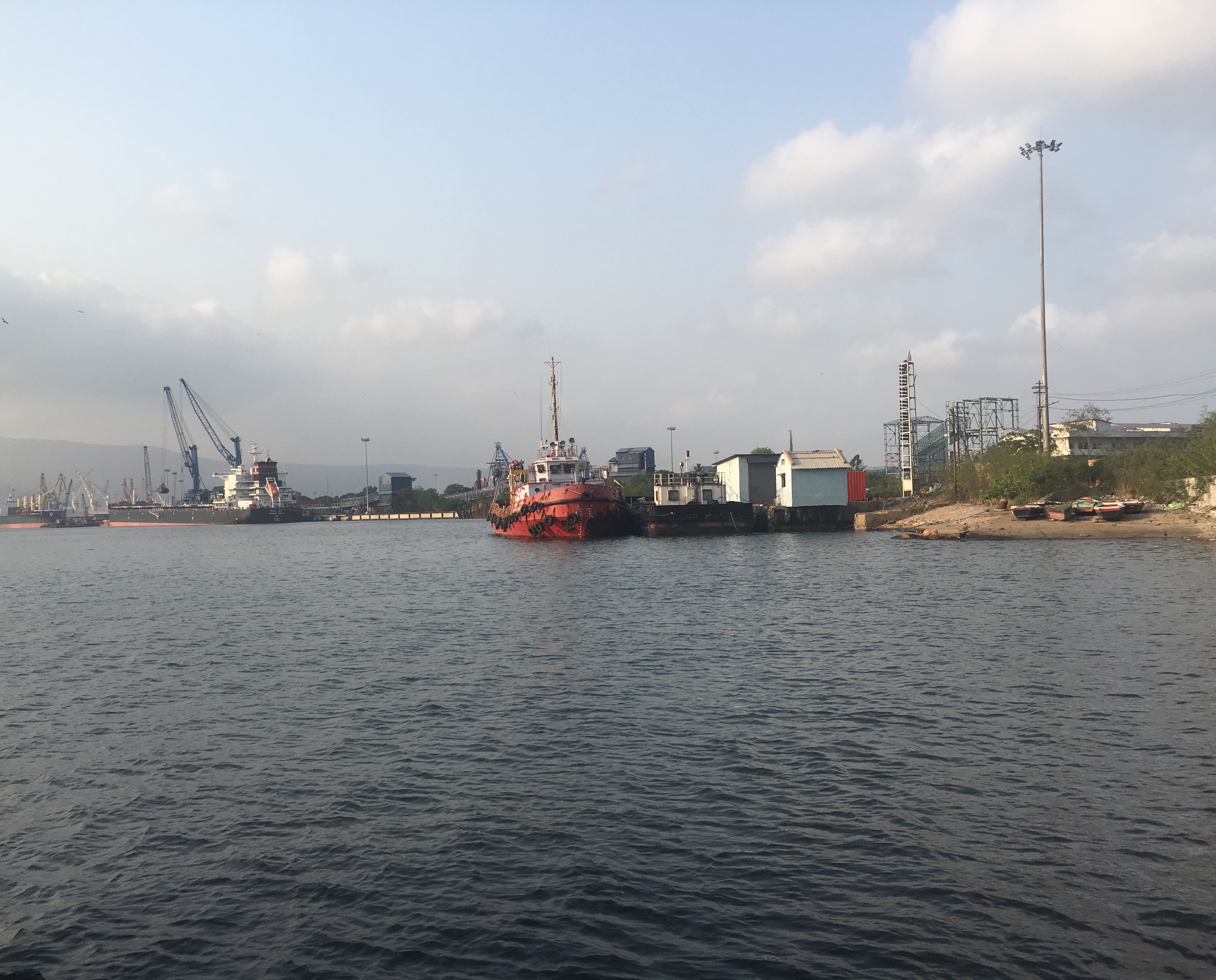 The leaders of the fishing communities in Vizag, fondly called the kings of the fishers, have long served as a guiding light, linking the community and the government and playing a crucial role in taking their fishing traditions forward.

But as the younger generation moves toward other attractive pursuits, the future of fishing remains uncertain – even the leaders themselves are giving up on preserving their craft. Climate change has furthered the anguish of the community, and government aid isn’t enough to keep the fishers going.

The fishing community still strives to overcome their vulnerabilities and keep their craft alive. And while the challenges to keeping their faith intact are manifold, new shores are always waiting.