Finding ways to mobilize money for climate action was one of the key points of negotiation at the recently concluded United Nations climate change summit in Katowice, Poland.

The package agreed upon by states attending the 24th Conference of Parties to the United Nations Framework Convention on Climate Change, or COP24, has guidelines on establishing new targets to finance climate change mitigation efforts starting from 2025. Those guidelines follow the current goal of mobilizing US$100 billion in climate finance every year from 2020 to support developing countries.

Given the dire need of funding for developing countries to adapt to the impacts of climate change and reduce their climate-altering greenhouse gas emissions, all eyes at the conference were on the major international sources of climate finance. Here are some that took the lead at the COP.

One fund that took the limelight was the Adaptation Fund, established under the UN's Kyoto Protocol to help developing countries adapt to climate change. Financed in part by governments and private donors, it received $129 million in new contributions from Germany, Sweden, Italy, France and the European Union. Germany alone contributed $80 million, a new record in raising funds for the Adaptation Fund.

“It is nice to have certainty on funding and have continued support,” she said, expressing hope that things would change with the new funds received. 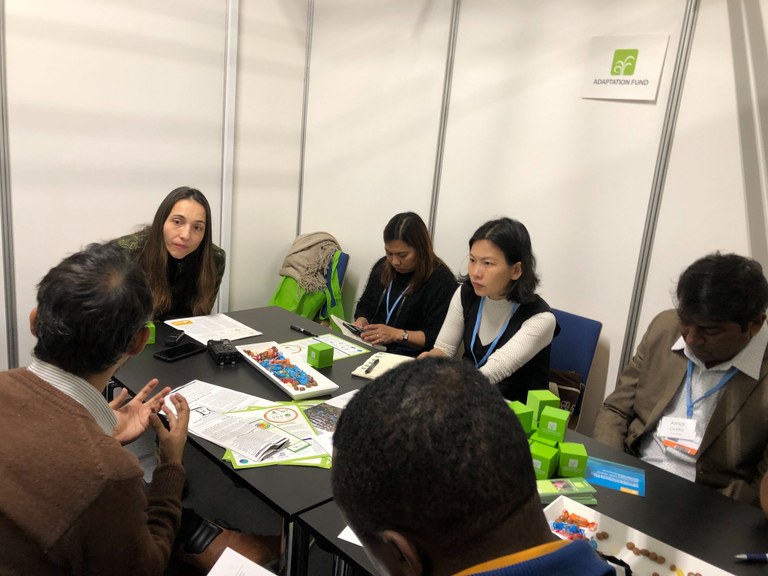 The fund focuses on helping people and regions particularly affected by climate change to better prepare themselves for its impacts. So far, the fund has approved over 80 projects and programs with a total funding volume of $532 million. Applications have been submitted for a further 45 projects with a funding volume of approximately $335 million.

For the replenishment of the Green Climate Fund (GCF), the largest source of international climate finance, Germany, pledged $1.71 billion at COP24, while Norway pledged $590 million, followed by France, Sweden, the United Kingdom, Japan and other developed nations. The GCF has taken a blow due to the intended withdrawal of its biggest donor – the United States, which had pledged $3 billion – from the Paris climate change accord. But it is expected that the EU will fill the funding gap.

A key feature of the GCF is the private-sector facility, which aims to engage the private sector in developing countries in climate action. This is becoming increasingly important as there is a general consensus that public climate funding alone will not be enough to mitigate emissions and adapt to climate change, thus billions of dollars in private funding will be needed.

“We are supporting developing countries to transition to a green economy,” Ayaan Adam, director of the GCF’s private sector facility, said during a side event on innovative financing at COP24.

“The GCF has a huge menu of instruments that are flexible, including structured finance solutions and blended finance. We aim to invest in a way that supports a transaction to scale in a market,” she said.

The fund's current portfolio amounts to $1.8 billion approved for around 20 projects. Those projects would result in a reduction of a billion gigatons of CO2, and support 29 million people to adapt to climate change, according to Adam.

The loan portfolio is the largest among the various climate change financing mechanisms, amounting to 64 percent of the total. Some of the projects have a grant component, which frees recipients from repayment.

One of the biggest players in the climate finance space, the World Bank, said at the COP that it would commit $200 billion in climate action investment between 2021-25. Around half of that amount would be in direct finance from the bank while the rest would come from other parts of the World Bank group and leveraged private-sector finance.

“If you look at the amount of finance that will be needed to drive the changes in the economy, the vast majority of it will have to come from the private sector,” said John Roome, senior director of climate change at the World Bank. The bank is now focusing on working with countries to put the right policy and institutional arrangements in place to pull in the private sector by de-risking investment, he added. 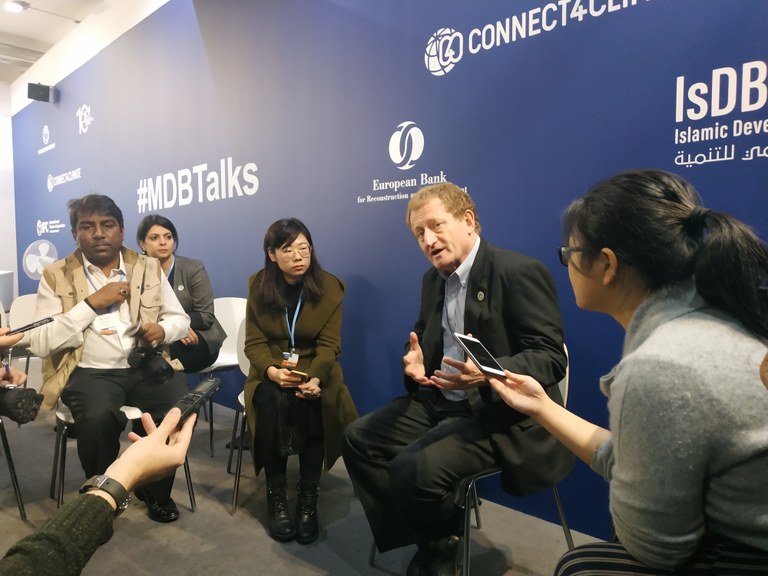 Roome said the bank would also focus on ministries of finance and planning to mainstream climate policy in budgeting, public procurement and expenditure, with the first area being budgeting and the tracking of climate expenditures. It is also trying to create a coalition of finance ministers to facilitate knowledge exchange among countries.

“We are focusing on making government expenditure as smart as possible, because even if we put $200 billion out there, it will still be a small amount of money relative to the total amount of money that governments spend of their own budget," Roome said.

The Global Environmental Facility – an organization that aims to tackle the most pressing environmental issues – had a strong presence at COP24, having a pavilion where they hosted various events, briefings and receptions. It also hosted a Rio Conventions Pavilion at the conference and organized other events.

“Every year we come to the COP to follow the negotiations and hear what the countries want. We replenish the fund every year, and just finalized the seventh replenishment," said Gustavo Alberto Fonseca, director of programs at GEF.

“Being in Katowice is important as we can give countries information on how to best access GEF resources, as finances are essential for countries to be able to achieve their mitigation and adaptation commitments,” Fonseca added. 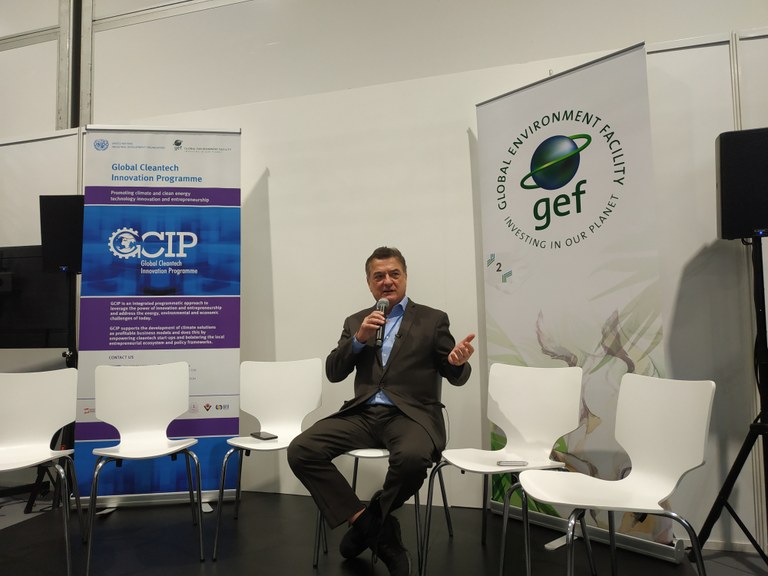 Since its establishment in 1992, GEF has provided almost $18 billion in grants and mobilized an additional $93 billion in co-financing for more than 4,500 projects in 170 countries.

It also funds the Least Developed Countries Fund (LDCF) and the Special Climate Change Fund, which complement each other and provide support to countries most vulnerable to climate change.

With so many different funds, the climate finance landscape can seem extremely convoluted. So how does a country decide which fund to approach for a particular climate change intervention?

“All of these funds have national focal points," explained Fonseca of GEF. "They are the ones who decide which fund to access.”

In addition, as countries struggle to meet the disparate and complex requirements these funds call for in order to access climate finance, the need for them to be complimentary is becoming more important.

“We are starting to create a dialog across all these funds," said Fonseca. "We have organized a session here at COP with the countries, GCF and GEF. We help countries decide how to find synergy so the money can come together easily."

The Adaptation Fund is also taking steps in this regard, as explained by their senior climate change expert Saliha Dobardzic.

“We have a very strong collaboration with GCF. We are trying to ensure complementarity between the funds and there is a lot of dynamism,” she said.

“The fund is very experienced right now in financing what, relative to the GCF, are small projects. We have a body of knowledge on what works and what does not in these countries, and that is something the GCF can work on scaling up,” she added.

“Getting the right partnerships in place is necessary for adapting to climate change. Otherwise it is going to be much more expensive to pull off,” she added.