“In the name of Dalit, other people are getting benefits (of REDD+ funds) ” - Nira Jairu, a Dalit member of the Nepalese parliament 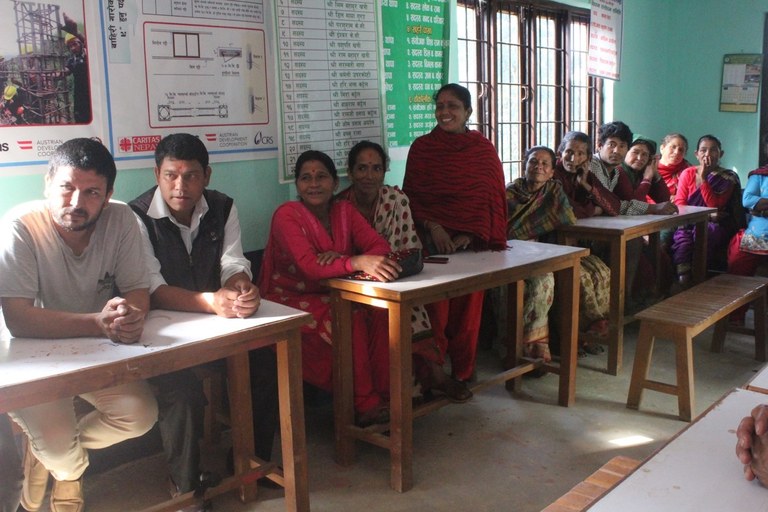 Dalits at a community meeting for a forest protection project in Ludikhola, Nepal / Credit: Purple Romero

Gorkha, NEPAL – Even as Nepal aims to be one of the first countries to implement payments for REDD+ (Reducing Emissions from Deforestation and Forest Degradation), a climate change mitigation scheme, the country has yet to finalize measures to make sure its benefits will reach the Dalit – one of the most marginalized sectors.

Under REDD+ funds are given by industrialized countries to developing countries for the sustainable management of forests. Nepal’s plan, which hopes to be finalized this year, will identify how to distribute the payments from REDD+ equitably.

Nira Jairu, a Dalit member of the Nepalese parliament, said that there is a risk that these payments may not fully reach the Dalits – known as “untouchables” – and considered to be the lowest class in the Hindu caste system with restricted access to natural resources.

“In the name of Dalit, other people are getting benefits,” she said.

Dr. Sindha Dhungana, head of the REDD+ implementation center, aims to ensure that the benefit-sharing plan will have Dalits on board and represented.

“Everything should be spelled out, not just the content of the plan but how the plan is prepared,” he said.

The Nepal government can take cues on how local community forestry user groups did it in the district of Gorkha, one of the sites of the REDD+ pilot project in Nepal supported by the Norwegian Agency for Development Cooperation (NORAD) between 2009 and 2013.

Gorkha is a six-hour drive from Kathmandu. Its mountainous terrain reveals a green swath of trees which would have fallen victim to illegal timber logging and firewood harvesting in the 1990s.

The project, which was implemented in the districts of Dolakha, Gorkha and Chitwan, sequestered 8.86 million tons of carbon dioxide from three districts.

The Asia Network for Sustainable Agriculture and Bioresources (ANSAB) Kathmandu, one of the organizations which managed the project, said the 1,888-hectare Ludikhola watershed in Gorkha was able to increase its carbon stock by 28,469 tons, with 1.53 million tons of carbon dioxide sequestered.

The community forestry user groups in Gorkha received US $26,184 not only because of the improved carbon sink, but because they met the criteria that their members must include Dalits, indigenous people and women. 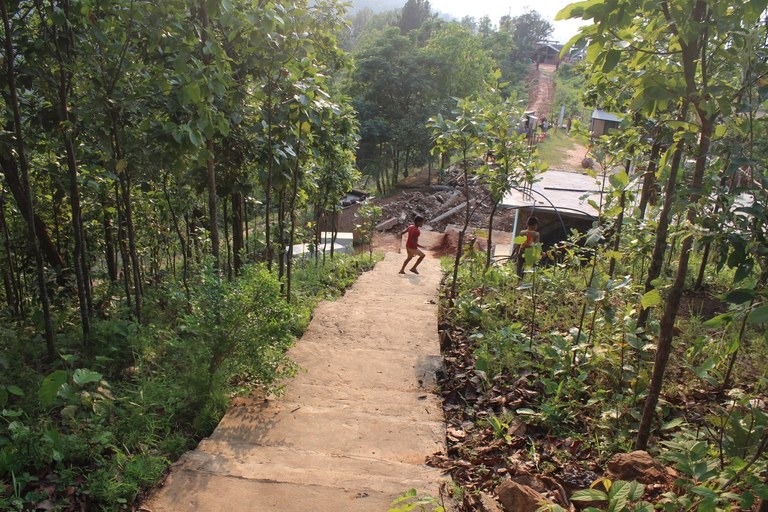 Gorkha and its green swath of trees / Credit: Purple Romero

Guardians of the Forest

Krishna Maya Sunar is a Dalit who received 10,000 rupees (about $100 USD) from the project. A member of the community forestry group, she said she invested the money in goat farming. “I used it to buy and raise goats. If it weren’t for the money, I wouldn’t know how I would be able to survive,” she said.

Previously Krishna relied on selling home-brewed liquor, earning 5,000 rupees a month. It was a risky venture, however, as it’s illegal to sell it in the first place.

Manu Paniyan, another Dalit, used the money she received to buy a sewing machine. “I’m interested in making clothes so when I got the money, I bought a sewing machine which I use until now.”

Dalits didn’t just take the money. They planted seedlings for the REDD+ project area. They also served as forest guards during and after the implementation of the pilot project.

“I contributed a lot this project. I am part of the lauro pulo or forest guards,” Paniyan said.

Under the lauro pulo system, two people will serve as forest guards for a day. They will look for illegal logging, stealing of forest resources and forest fire. Forest guards will apprehend those found cutting trees without permits and those who gather forest resources without prior approval from the community forestry user group.

“We seized their weapons and report them to the committee,” Sunu Maya, another Dalit, said.

Progress and a promise

The use and distribution of benefits among the community forestry user groups even in a success story like Gorkha can still be improved.

“We distributed pigs, but some us don’t even have pigpens,” Bhagarith said about the lack of infrastructure in some livelihood projects.

In terms of ensuring inclusive participation of the Dalits, the Nepalese government can integrate the local practices in Gorkha in their benefit-sharing plan.

Gorkha showed that Dalits can be viewed or treated better in community forestry initiatives, with their participation maximized. 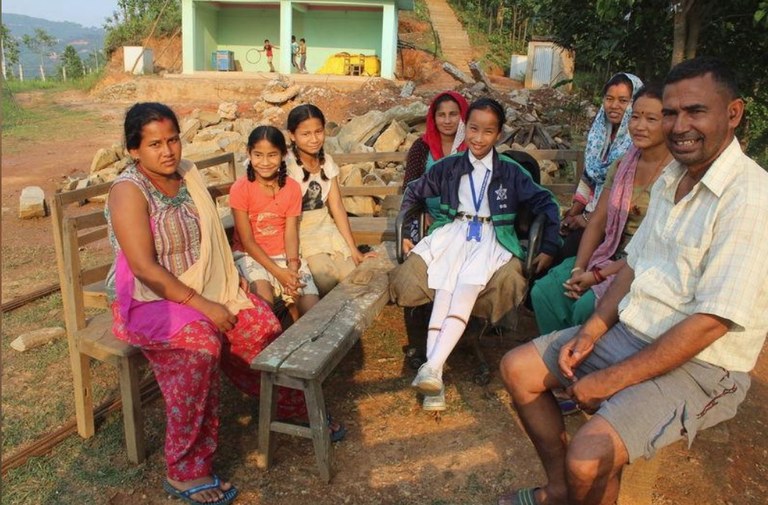 Dalits, who are members of a forest protection project, meet in a park that they helped build in Gorkha / Credit: Purple Romero

This was a big improvement from what Nira Jairu experienced in the past. As an officer in the community forestry group in the far western district of Dadeldhura in 2009, she suffered discrimination.

“There was one time when they had to pass a notebook to me,” she recounted. “Instead of giving it to me they dropped it on my hand because they do not want to touch me.”

Dharam Uprety, Program Manager at HELVETAS Swiss Intercooperation Nepal who trained Nira’s group on REDD+, remembers that she was distraught with the lack of acceptance from the other community forestry group members. “I told her not to give up,” he said.

Dharam recalls a time when other participants wouldn’t join in an assembly with Dalits. “They will not also eat with them,” Dharam said. “I created a game. I asked each person to drink from a glass of water and pass it along to others. They all have to drink from the same glass.”

“They did it. After the game, I said, ‘See, you can all drink from the same container.’ No one got sick,” Dharam said, showing that REDD+ enabled Dalits and non-Dalits to share water.

“The process will be inclusive,” Dhungana promised. “The Dalits will be consulted.”

A version of this story was published in the Asia Sentinel on July 23, 2018. 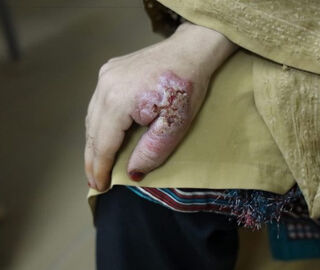