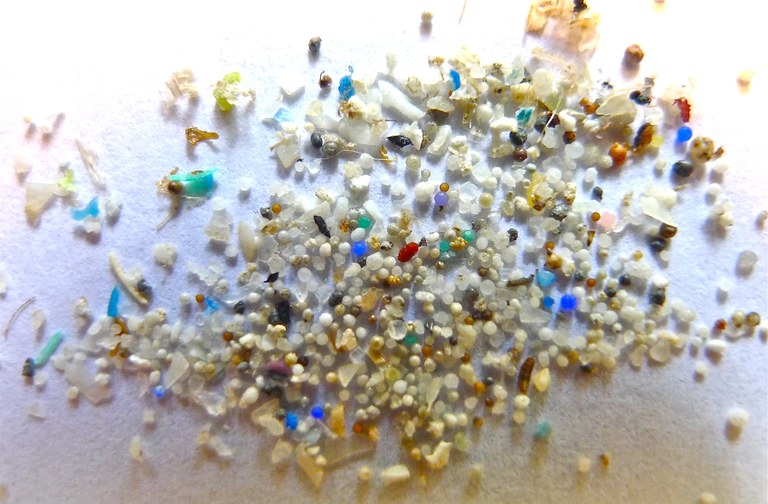 Alexander Parks would have not envisioned that his cellulose nitrate, of which became the brand Parkesine in 1862, would pave the way for various use of plastic, the world’s most used organic polymers.

The word ‘plastic’ derives from Greek plastikos means ‘can be shaped or molded’ and plastos means ‘molded’. The word then adapted to Latin plasticus or can be pressed and shaped and French plastique.

International Union of Pure and Applied Chemistry, a non-governmental organization established in 1919 to develop pure and applied chemistry, defines plastic as a general term used for polymeric contains other materials to improve performance and/or reduce cost.

Microplastic earned the title as “Mermaid’s tears”  for its size and colors.

Scientists of State University of New York in Fredonia tested 259 water samples from 11 brands of bottled water in the world. They found 93 percent of the samples contained microplastic, including several bottled water manufactures operating in Indonesia.

With the chemistry lab of University of Indonesia, Tempo conducted its own investigation on microplastics which included other brands, Le Minerale and Club. They collected samples from nine 600-milliliter bottled water, purchased in minimarkets, small kiosks and street vendors.

The samples contained microplastic sizes from eleven micrometers to 247 micrometers. The smallest size was eight-millimeter or the size of blood cells.

The Tempo investigation also revealed that microplastics have contaminated tap water in five cities, -- Jakarta, Bogor, Depok, South Tangerang, and Bekasi. Out of 21 samples, 76 percent have been contaminated by microplastic.

Most of the respondents consume tap water.

Where does microplastic come from?

Microplastic can be divided into primary and secondary microplastic. Primary microplastic is a millimeter or smaller size plastic mostly found on toothpaste, facial cleanser, all creams, and medicines.  These microplastic products will be rinsed off after use.

Microplastic is not only found in the soil, oceans, rivers or other water sources but also in the air  as revealed in the latest research from Joana Correia Prata of University of Fernando Pessoa, Portugal, who studied the particles in Paris, France.

For its small size, microplastic can enter the respiratory system and affect human health.

Primary microplastic is mostly present in cosmetics. Due to lack of knowledge, consumers buy and use cosmetics that contain microplastic, unaware that it washes away into waterways and enters their system when they drink bottled water.

They randomly run tests on cosmetic products for microplastic. However, there have yet any researches available on the impacts of microplastic to the human body.

Joana Correia Prata’s research on microplastic particle was a preliminary assumption on health impacts from microplastic to respiratory system. Previous research in the United States found plastic fiber, the size of 250 micrometer, in human lungs.

Hence, there is high potential for health impacts on humans inhaling microplastic. Prata predicted humans are at risk of inhaling 26 to 130 microplastic per day.

Furthermore, researches have revealed impacts of microplastic in the marine ecosystem, including to microbes, coral reefs, sea urchins, sea shells, microplastic from textile found on seafood and other fishes, including king mackerel .

Meanwhile, on land, microplastic can be found in earthworms (Lumbricus terrestris).

Microplastic can enter the human body through various ways. Assessing microplastic researches, there is high potential that the material has entered the body of Indonesians. At least, those who have drank bottled water or consumed seafood.

Experts’ concerns are not solely focus on health impacts but the “free-loaders” that comes along with the particles of microplastic, entering the human body. Microorganism, including disease-causing pathogens, can be carried by microplastic.

In 2015, following the microplastic risk on environment report, UNEP called for ban on cosmetics and other body treatment products that contain microplastic.

In December 2017, more than 193 nations signed the United Nations Resolution to stop marine plastic litter. The CleanSeas campaign has received over 81,548 pledges, governments and several key players in the private sector.

In the same year, the U.S. issued Microbead-Free Waters Act prohibiting the production, packaging, and distribution of cosmetic products, including tooth paste, containing rinse-off microplastic. The act was soon followed by other nations including Canada, New Zealand, and England.

Meanwhile, Sweden banned the sale of cosmetics containing microbeads which rinses off during use - that will take effect in July 2018. Other countries, Finland, France, Iceland, Ireland, Luxembourg, Netherlands and Norway, will follow suit.

Large size plastic waste and microplastic will continue to be washed away to the oceans, rivers, and freshwater. UNEP has determined that biodegradable plastic is not the solution to tackle marine and terrestrial plastic waste.

Indonesia jumped into the wagon. The government launched a program that mandates stores to charge for plastic bags. But it was short-lived due to mounting pressure from retail companies and consumers.

Central and regional government must implement the Waste Management Law and its derivatives. To reduce waste, the policy of household waste contribution must be changed. It should be calculated based on the amount of waste from a household, giving it an incentive to reduce its waste.

Despite the law, eliminating products that have become part of our routine, that contain ‘invisible’ plastic, is a great challenge.

It is high time for companies producing and selling plastic packaged products to enforce its responsibility in managing its waste, including retracting their used packaging.

Consumers with better awareness can resend used packages back to the producers. When we consume, we need to start asking ourselves “how much waste is produced by the product.” 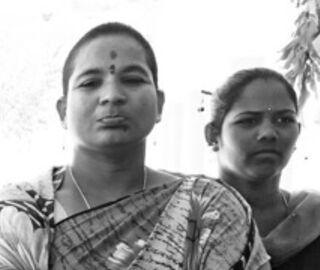 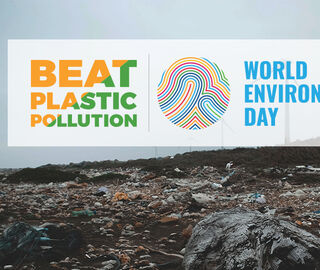