BECAUSE most of Namibia's wealth is in the wild, shifts in natural systems due to climate change could wreak havoc in the country's economy, indicates a just-released United Nations publication.

Titled 'Climate Change in Africa: A Guidebook for Journalists,' the publication says Namibia's natural legacy underpins much of its bank balance - and also leaves it highly vulnerable to the impact of climate change.

It states that research done by the International Institute for Environment and Development (IIED) suggests that impact on natural resources alone could reduce the country's GDP by 1.6%.

"Employment opportunities could shrink and wages fall, with incomes for unskilled labour dropping by 25% in a worst-case scenario. So, along with climate-proofed policies and activities, Namibia needs a strategy to deal with displaced farmers and farm workers," said the book.

Namibia's National Policy on Climate Change says due to its arid and semi-arid environment and over-depended on rain-fed agriculture, Namibia is most vulnerable to climate change. Climate change, as alleged in the policy, poses great challenges to these very important sectors such as water resources, marine resources, agriculture, biodiversity ecosystems, coastal zones and systems, health and energy. 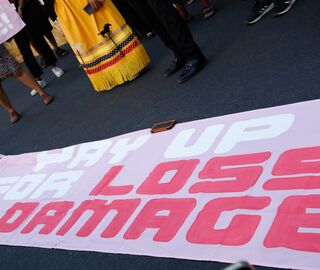