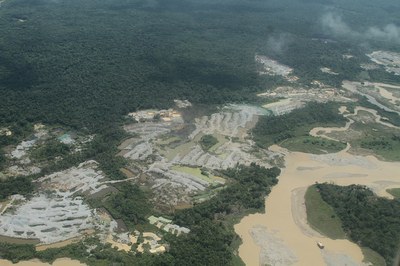 Cartagena, Colombia: More than half a century of war cannot leave its victims unscathed. And what is happening in Colombia is no exception. The outcomes of the armed conflict dangerously approach those of a catastrophe: 220 thousand people have been murdered, almost seven million have been displaced from their homes, an immeasurable number have been mutilated for life by anti-personnel mines, and an entire society has been profoundly hurt and polarized.

But this war, in particular, had an additional collateral damage: the environment.

"Nature was a silent victim of the conflict," regreted Luis Gilberto Murillo, Colombia's minister of environment and sustainable development, during the opening ceremony of the International Congress for Conservation Biology, in Cartagena, last 23 July. "The new peace process provides huge opportunities [to mitigate the damage], particularly in isolated areas that suffered too much destruction," he said in a press conference that same day.

Colombians began to adapt to a new reality last year, when a ceasefire was agreed in June, after 52 years of war, five years of negotiation and at least two failed attempts to sign the peace between the government and the Revolutionary Armed Forces of Colombia (FARC).

The environmental impact of such conflict has already been documented: the different armed organizations deforested huge extensions of forest in the areas they controlled, extracted minerals and planted illegal crops, like the coca plant, to finance their operations.

According to the UN's Programme of Disasters & Conflicts, the guerrilla movements polluted different regions of the country with gliphosate, a herbicide used to eliminate weeds, and mercury, often used in gold mining to separate and extract the mineral from the rocks.

Deforestation has been so widespread that Simón Gaviria Muñoz, former head of the National Planning Department, indicated that 58% of forest loss occurred in municipalities that overlapped with conflict zones between 1990 and 2013. "Peace will give Colombia the greatest environmental benefits, put an end to the ecocide and generate job opportunities," he assured in March 2016, according to a press release by the UN Development Programme.

The Alexander Von Humboldt Biological Resources Research Institute, one of the most respected environmental institutes in Colombia, estimates that 49.5% of the protected areas in the country are within post-conflict territories, and has already co-organized at least nine trips –known as ExpedicionesBIO– to sample, classify and analyze the biodiversity of some of the country's poorly explored regions, many of which were previously dominated by the FARC.

"We've already discovered many new species," says José Ochoa Quintero, coordinator of Biodiversity Evaluation and Monitoring at the Humboldt Institute. But there are still many "areas where we do not have enough information to know how this biodiversity is composed or what are the ecosystem services they provide to local communities," including pollination, climate regulation, water purification, food, and others.

The Ministry of Environment and Sustainable Development is already planning to create different programs that could help preserve biodiversity in Colombia. Protecting and managing water resources, as well as promoting and strengthening green businesses through carbon markets, are an essential part of this plan.

"Additionaly, we've created a model where communities will be [economically] compensated for the environmental services provided by the ecosystems they protect," Murillo said during his press conference.

Another important goal is to reincorporate FARC's former combatants into the civil life by training them as rangers of the national parks. "[They] know these territories and can help us protect them," Murillo added. The government is also planning to restore and expand the country's natural protected areas, which according to the Registro Único Nacional de Áreas Protegidas sum up a total of almost 24 million hectares. That figure could grow even bigger: last year officials proposed to declare 2.5 million hectares more as protected areas by 2018.

The plans of the Ministry of Environment, however, could be partially thwarted due to recent budget cuts. This month, the Colombian press received a leaked draft of the National General Budget 2018. The amount of resources invested in the environmental sector would be reduced by 60% next year, El Espectador newspaper reported, affecting institutions like the Humboldt Institute and Colombia's National Natural Parks System (SPNN).

For the parks system, the cut would represent a 30% loss. "We've already made an evaluation, and it would hit us hard," protests Julia Miranda Londoño, general director of SPNN. The budget cuts would affect "enforcement activites, monitoring efforts, infrastructure plans, and projects with local communities." 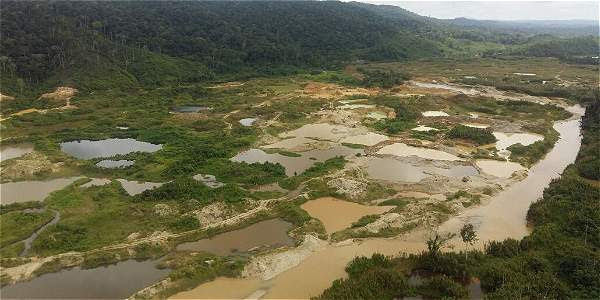 Furthermore, the new peace period is immersing Colombia into a paradox. Some experts worry that the recent conservation efforts could be at risk now that several zones have been disarmed.

Some groups –such as paramilitary forces, the National Liberation Army, or dissenting factions of the FARC– could take advantage of the country's slow institutional reorganization and invade areas that used to be under the control of the guerrilla. Besides, the presence of armed groups had kept extractive industries, like mining and oil companies, out of sight.

That has rapidly changed. And the Serranía de San Lucas is a great example. Located in the north side of the Andes, the Serranía de San Lucas rises as a mountain surrounded by the Cauca and Magdalena rivers, an strategic spot dominated by guerrilla and paramilitary groups. It is also one of the most biodiverse regions in the country and, ironically, one of the least studied by scientists.

The very few research trips conducted in the mountain have identified 330 plant species, 29 amphibians, 47 reptiles, 43 mammals, and 236 birds. Some of them have only been found here, so the region is considered to have high levels of endemism.

Besides, the Serranía de San Lucas "is the last patch of intact forest in northern Colombia," explains Cristina Gómez García-Reyes, anthropologist and coordinator of new protected areas at the SPNN. "It is a nodal point for the connectivity [of biodiversity] between Central America and South America, but it is also a central hub for mining." This can be easily understood: under its lushly forested landscape, San Lucas holds one of the richest gold deposits in the world.

Despite its ecological importance, Serranía de San Lucas –along with the Serranía de Perijá, located in the border with Venezuela– has not yet been included in the National System of Protected Areas. In fact, the government has already granted 172 mining licenses in the area, which account for a surface of over 200 thousand hectares, and has received at least 153 more mining applications. "The Serranía is a place that we need to preserve; the government has a debt with it, and it needs to protect it," Gómez García-Reyes says.

The Ministry of Environment and Sustainable Development has proposed to declare the Serranía de San Lucas as a natural park, but if they do not act quickly, mining companies might enter the zone.

If nature was affected by Colombia's armed conflict, it is likely that it will also be disturbed after the peace agreement. This is exactly what Gómez García-Reyes fears: "That territorial strength the FARC had is being stolen by other forces. In Colombia, nature has –and will always be– a victim."