Without action, climate change in the Philippines will pose substantial economic and human costs, affecting more than 110 million Filipinos the most, warns a World Bank report

The World Bank report launched (November 9) at the climate change summit here in Egypt. While the Philippines aims to become a high-income economy by 2045, climate change are making this target elusive, according to the Philippines Country Climate and Development Report (CCDR), adding that climate-fueled extreme weather events like rising seas, changing rainfall patterns and increasing temperatures will hamper economic activities and induce deep social disruption.

“The Philippines need to take action to avoid worsening the problem. A planning measure for the government is crucial and target climate actions taking poverty and vulnerability into consideration,” said Benoit Bosquet, World Bank’s regional director for sustainable development for East Asia and the Pacific, at the launch of the report.

Bosquet added that the report finds that the economic damages in the Philippines could reach up to 7.6% of the gross domestic product (GDP) by 2030 and 13.6% by 2040.

“All sectors will be affected, with capital-intensive sectors likely to suffer most from extreme events, and agriculture suffering the most from slow-onset trends, and the private sector will severely affected by both,” the report warns.

The CCDR is a comprehensive analysis on how climate change will affect the country’s ability to meet its development goals. It also helps identify opportunities for climate action by both the public and private sectors and prioritizes the most urgent development challenges impacted by climate change in the Philippines.

The report also finds that most parts of Luzon are most vulnerable to changes in water availability affecting mostly the areas where most agriculture is rainfed. It also mentioned that the overall share of fossil fuels in the primary energy supply increased from 60 to 70% from 2010 to 2019 due to the rapid growth of coal-fired power plants and increasing demand in oil from transport.

According to the report, the highly decentralized institutional framework in the Philippines challenges the implementation of climate actions and uptake of climate policies at the national and local levels.

Climate action responsibilities and authority are often dispersed and duplicative. Many policies have only been partially implemented. Local government units are increasingly responsible for climate action but often lack capacity and resources.

Climate activists, including from the Philippines, are among those who calls for government to urgently take climate action. photo by Imelda Abano 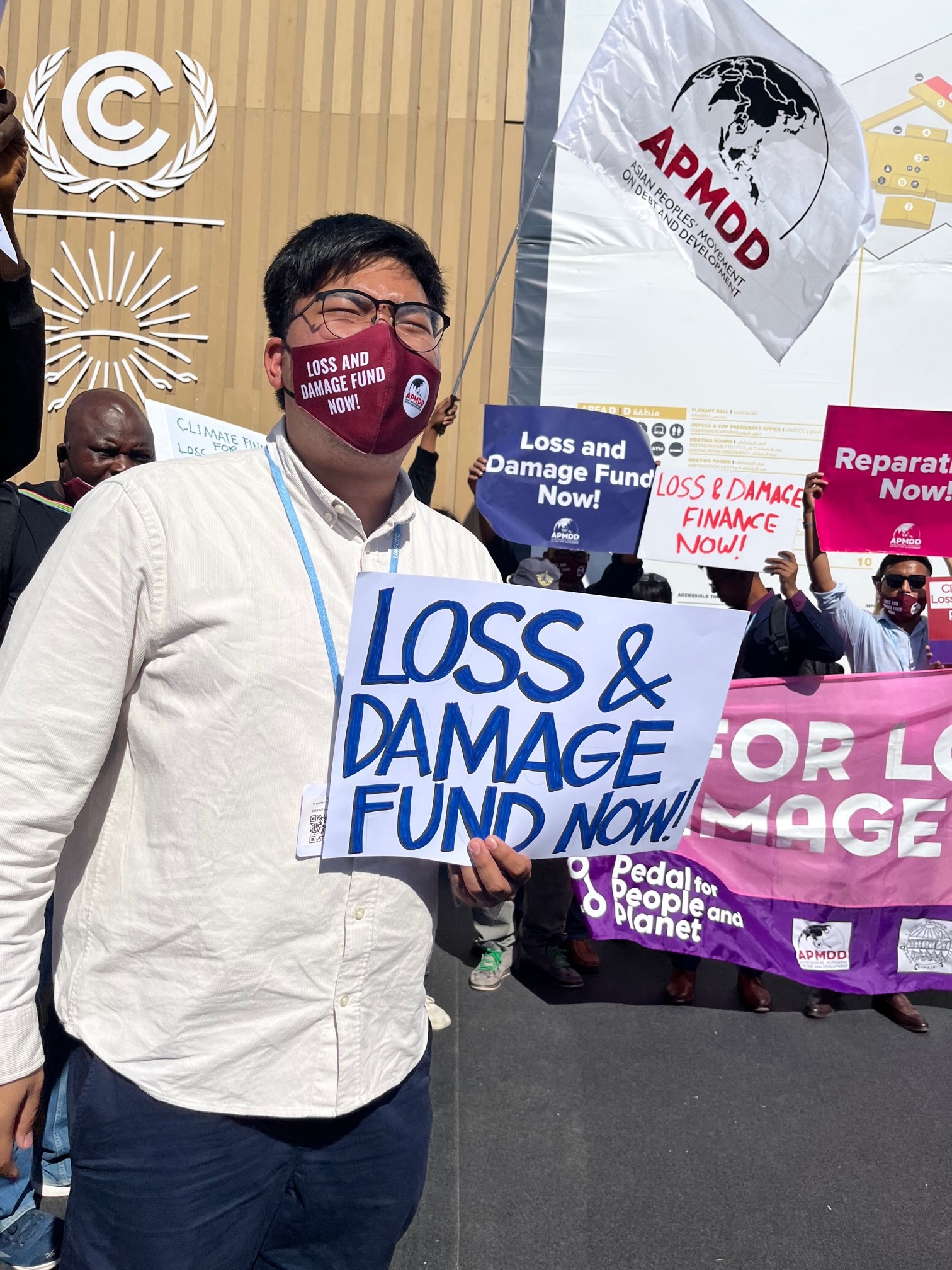 Reacting to the new World Bank report, Department of Agriculture undersecretary for policy, planning and regulations Mercedita Sombilla, said the CCDR has furthered the government’s call on strategically responding to climate change alongside developmental efforts.

“We can never separate climate change response from that of Philippine development aspirations. The country has highlighted the importance of climate resilience in the current development plans in the current administration,” Sombilla said. “ The country has never been lacking in programs, plans and initiatives that address climate change across sectors.”

“The Philippines has not been complacent in addressing climate change and disaster risk issues that challenge the sectors (water, energy, urban and transport). Each of the government agencies can enumerate several efforts and initiatives to respond to these challenges,” she said.

The Philippines conveyed a 75% emissions reduction target by 2030 in its climate plans or the Nationally Determined Contributions under the 2015 Paris Climate Agreement for the sectors of agriculture, wastes, industry, transport and energy.

Tony La Vina, an environment policy expert from the Manila Observatory, said the World Bank report served as a contribution of knowledge to the legal commitments of the country to the Paris agreements, including climate adaptation.

“The Philippines must prepare an investment package for transport, energy and for agriculture by using the World Bank report to plan for the package,” La Vina said, adding that adaptation, mitigation and loss and damage could also figure out in future reports.

This story was produced as part of the 2022 Climate Change Media Partnership, a journalism fellowship organized by Internews’ Earth Journalism Network and the Stanley Center for Peace and Security. It was originally published by Philippine EnviroNews on 14 November 2022 and has been lightly edited for length and clarity.

Lisbon, Portugal
Time is Running Out to Act for the Ocean
© 2022 Earth Journalism Network All rights reserved.