No end to coal in Pakistan

No end to coal in Pakistan

Despite the rise of renewable energy as a cost-effective alternative, Pakistan remains wedded to coal power for reasons that have little to do with economics 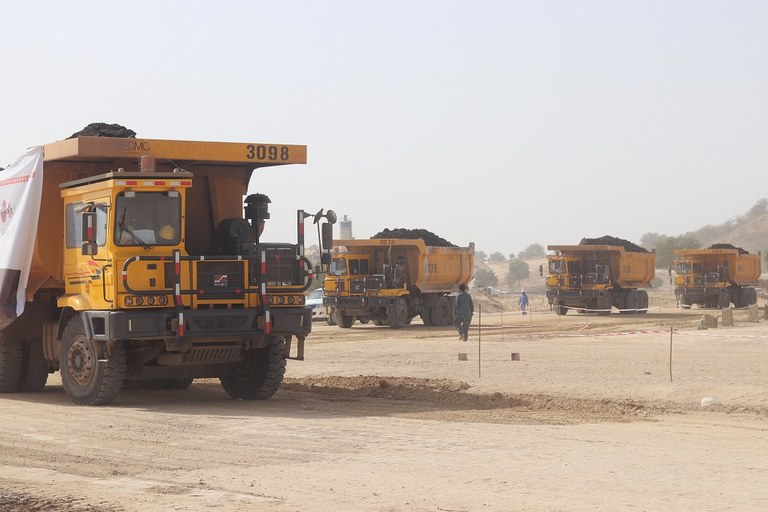 Forty-year-old Roshan Nabi looks at her neighbour’s house with envy as they enjoy uninterrupted and free electricity, while her family suffers long power cuts in the blazing summer heat of Pakistan’s port city of Karachi.

“All that I wish for is just one fan to keep my kids cool,” said Nabi, the sole breadwinner of her family, who works as a cleaning woman at two private homes.

This mother of five, with an ailing unemployed husband, pays a steep monthly bill for the episodic power that comes through the grid. But many in her neighbourhood in Korangi, one of the city’s several low-income settlements, have installed solar panels on their rooftop. “Their lives have certainly transformed,” she said. “But for me it would mean a minimum of six months’ salary for this luxury.”

While Nabi’s home is connected to the grid, Sikandar Sardar’s is not. He lives in Musharraf Colony, a slum area in Pakistan’s capital, Islamabad, and is among the nearly 50 million Pakistanis who still lack access to grid electricity. Many in his neighbourhood rely on solar power.

“My brother installed the solar system [with help] from his [neighbourhood] committee…with a lump sum of PKR 60,000 (US$381),” Sardar said. This allows the family of six to power two fans, three lights and a small television. “We have had it for two years and have had no problem since then with power,” Sardar said. 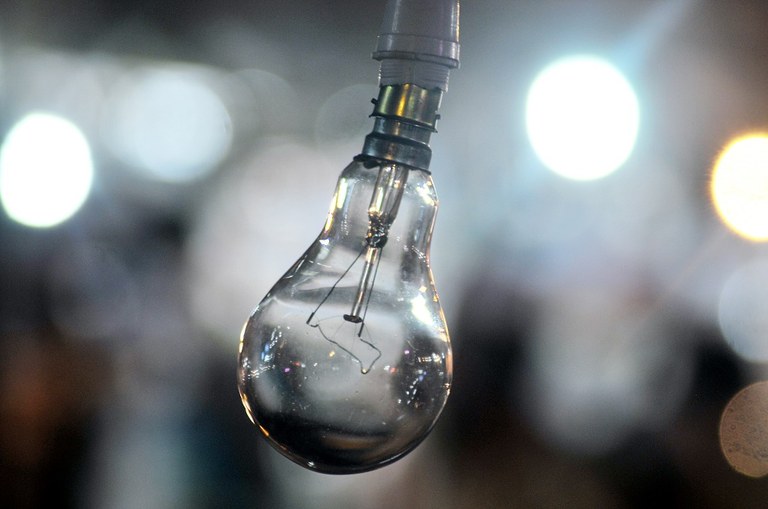 The lack of electricity has been a blight for most households in Pakistan / Credit: Adil Siddiqui

With the state unable to provide reliable electricity to a large number of its 200 million people through the grid, many are turning to renewable energy – mostly solar – to make their lives more comfortable. But the big challenge for many is the high upfront cost.

Energy sector experts suggest that renewables are Pakistan’s future, but the government continues to look the other way. Currently, more than 60% of the electricity generated in Pakistan comes from fossil fuels, inclu­ding gas, coal and furnace oil, and this is set to grow.

Pakistan has suffered crippling energy shortages in the past and the government has sought to fill this capacity gap with coal financed by China. China is investing in 21 energy projects under the Chinese Pakistan Economic Corridor (CPEC) – a flagship project under the larger Belt and Road Initiative (BRI). The majority of this investment has gone into coal: 70% of the 13.8 GW worth of power projects in operation and proposed are coal-fired. Although there are also hydropower, wind and solar power projects in the pipeline, the investment in these types of renewable energy, for now, is far lower. 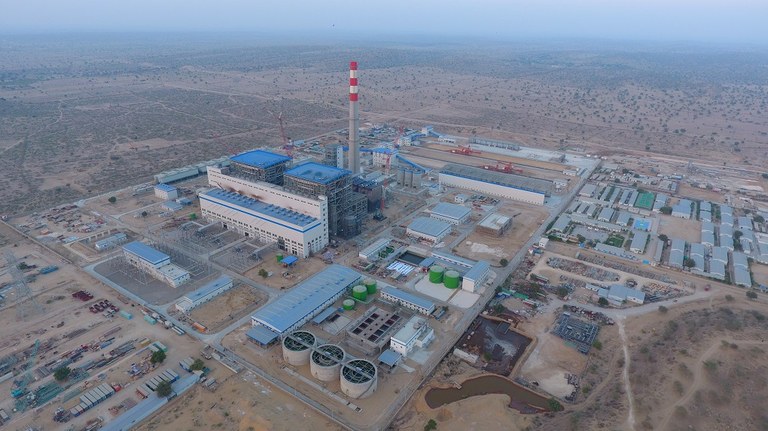 “Finding international financing for coal had been difficult, with China the only country willing to invest,” said Shahzad Qasim, the prime minister’s special assistant on the power sector. “For solar and wind or other renewables we can get financing from anywhere,” he said.

But the government is not ready to make this shift.

“It may take us another 10 to 15 years before we can say no to coal,” said Qasim. Because both wind and solar were intermittent, the country will “have to continue with coal” until the baseload power can be replaced by cheaper batteries.

This shift may come too late. Investment in coal continues despite the financial troubles in the sector due to a vicious cycle of unpaid debts, major losses due to shoddy transmission lines and power theft.

In April, the 1,320 MW coal power plant in Sahiwal in Punjab Province, the first energy project under CPEC built by China Huaneng Shandong Rui Group, was on the brink of closure after the government was unable to pay the PKR 20 billion (US$127 million) it owed the developer.

In May, the 1,320 MW Port Qasim power plant in Karachi, jointly developed by PowerChina and Qatar’s Al Mirqab Capital, also hit financial difficulties just a year after operations began due to rising debt and the soaring cost of imported coal. The plant's chairman told media that his company was facing a challenge with “payment of arrears” to the tune of PKR 21 billion (US$133 million).

And these plants cost a lot to maintain as well, with the government paying a fixed amount every month depending on their installed capacity rather than how much energy is generated.

“We have a history of doing things the wrong way,” said Vaqar Zakaria, managing director of Hagler Bailley Pakistan, an environmental consultancy firm.

Despite these problems, two more plants that will use mostly imported coal are coming up this year. China Power Hub Generation Company’s 1,320 MW coal plant in Hub, Balochistan Province, is scheduled to start commercial production by August.  Another 1,320 MW plant is being set up at Jamshoro, in Sindh, using 80% imported coal and 20% local Thar lignite. In addition, two more 330 MW coal-fired plants are being developed in Thar Block II using indigenous coal by Engro Powergen Thar and the China Machinery Engineering Corporation. Coal from the Thar desert – one of the largest untapped coal deposits in the world – may be cheaper than imported coal, but it is a particularly dirty type of coal with low energy content. This means a higher quantity of coal needs to be burnt to produce power, which means more carbon emissions. 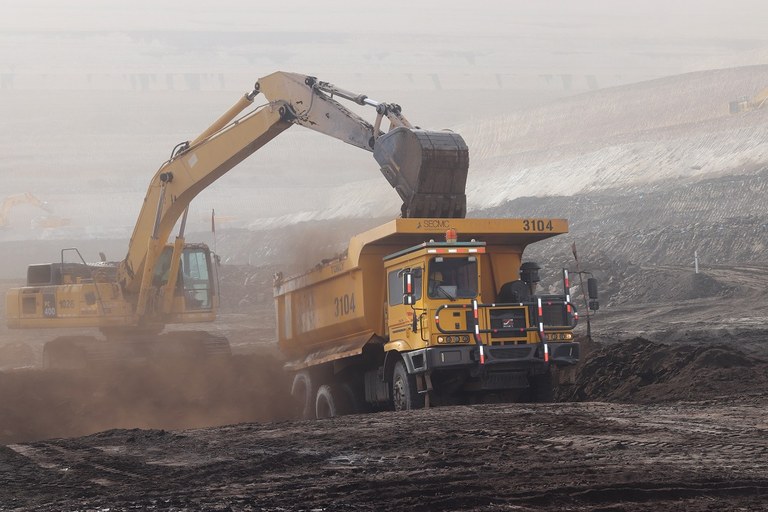 Coal being loaded into trucks / Courtesy of SECMC

“By insisting on running these plants, the state is indirectly robbing people of its rights to seek better, cleaner and more reliable options,” pointed out Sohaib Wasim, a senior officer at WWF-Pakistan.

A recent report from the Chinese NGO Greenovation Hub has warned that the Chinese financed coal plants risk locking Pakistan into a high emissions energy pathway and creating “stranded assets” – with huge potential financial and reputational losses due to strengthening global environmental standards.

Environmental concerns aside, the economics of coal clearly no longer add up. Qasim acknowledged that using imported fuel by a country already in debt was nothing short of economic “suicide” – but the ruling Pakistan Tehrik-e-Insaf government says it cannot undo past decisions and contracts with China to build coal plants.

The government has taken some positive steps to increase the role of renewables in its energy mix, recently reversing a three-year-old ban on investing in solar and wind placed by its predecessor. The Alternative Energy Policy 2019 has been finalised and should be approved in a few months, said Qasim. “[The policy] states that as much as 30% of electricity generation capacity will be from solar and wind, and in the next five years as we aim to install 18,000 MW,” he added.

Nevertheless Pakistan’s embrace of coal bucks the global trend. By 2050, the International Renewable Energy Agency (IRENA) predicts that the share of renewables globally in power generation would rise to 86% compared to 25% today, with 60% of this from solar and wind. 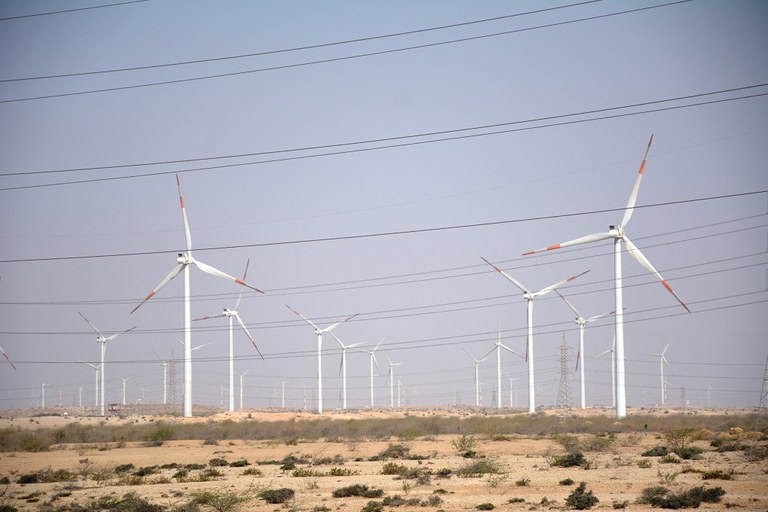 While wind farms are coming up in Pakistan, they are still marginal in the energy mix / Credit: Amar Guriro

Omar Cheema, director of Vivantive Ltd, an advisory service for energy projects and technology ventures, remarked, “Pakistan is splurging on a coal supply chain with terrible timing when it is becoming history elsewhere.”

There is still time for Pakistan to jump out of the coal cauldron, argued Zakaria, since the price for renewables is low in Pakistan. The International Renewable Energy Agency (IRENA) estimates that renewables will be price competitive globally with fossil fuels by 2020.

Zakaria said rather than investing in big wind farms or mega hydro and solar parks, the best way to boost renewables in Pakistan is to give people a chance to produce their own electricity.

“Bring in the capital from the people, let them be investors and give them subsidies,” he said. With such facilitation every home could be lit up by solar power, he suggested. 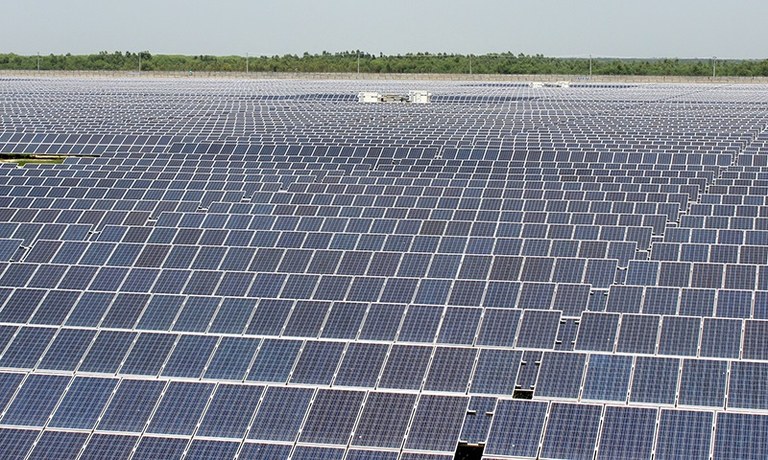 This can happen by shifting away from the state’s present centralised control of the power sector, he said. For example, if power distribution companies cannot stem theft, then privatise the setup.

In addition, people can become energy producers as well, rather than just consumers. “People who have space [a roof] but no money can be offered discounted electricity for the use of space to install solar panels instead, or big industrial units who have huge rooftop space can be given incentives to generate their own electricity and sell to the grid now that net metering is in place,” Zakaria suggested.

But is China to blame?

While the Chinese have taken giant steps to clean up the air at home in a bid to fight climate change, it is under continued criticism for promoting dependence on fossil fuels in other countries and has earned the “lender of the last resort” label for projects that Western banks deem environmentally unsound.

It is not only in Pakistan where China is putting a huge investment into coal. A recent World Resources Institute (WRI) study on Chinese investment in energy and transportation under the Belt and Road Initiative (BRI) said it was “heavily tied to carbon-intensive sectors” and not aligned with host countries’ commitments made as part of the Paris Agreement on climate change. Chinese financial institutions and corporations are funding over one-quarter of the 399 gigawatts (GW) of coal plants currently coming up outside China, according to the Institute for Energy Economics and Financial Analysis, with many of these being built in South and Southeast Asia.

But while it's easy to point the finger at China, Cheema said it shouldn't be made responsible for Pakistan’s spending “binge” on coal projects. “It is ultimately the local policymakers, politicians and bureaucrats who decide their country’s energy portfolio and what projects to develop with the Chinese government and whether the country has a forward-looking energy infrastructure or the opposite.”

This story originally appeared on The Third Pole on June 20, 2019.