No space in shelters as severe cyclone nears India, Bangladesh

The Third Pole
,
Bay of Bengal

No space in shelters as severe cyclone nears India, Bangladesh

As the governments of Bangladesh and the Indian state of West Bengal brace for Cyclone Amphan, millions of people living along the coast must be moved to safer places. But the cyclone shelters are already almost full with quarantined migrant workers who have returned due to the lockdown forced by the Covid-19 pandemic.

Expected to make landfall on the evening of Wednesday, May 20, along the western edge of the Sundarbans and then move north by northeast through West Bengal and Bangladesh, Amphan strengthened in intensity over last weekend at world-record speed, making it the strongest cyclone in the Bay of Bengal since meteorologists started keeping regular records in 1982. On Tuesday morning, while it was still out at sea, its wind speed was 215-225 kilometres per hour (kmph), with gusts going up to 245kmph.

Amphan is expected to make landfall during those 12 hours. All eyes are now on timing. If it reaches the coast by around 5.30pm on Wednesday, that will be low tide, and the storm surge will be minimised, as happened with Cyclone Bulbul last November. But if the landfall of Cyclone Amphan is delayed until late Wednesday evening, that will coincide with the high tide and lead to a devastating storm surge.

The IMD has already forecast a “storm surge of about 4-6 metres above Astronomical Tide (that) is likely to inundate low lying areas of South & North 24 Parganas (districts) and about 3-4 metres over the low lying areas of East Medinipur district of West Bengal during the time of landfall.” 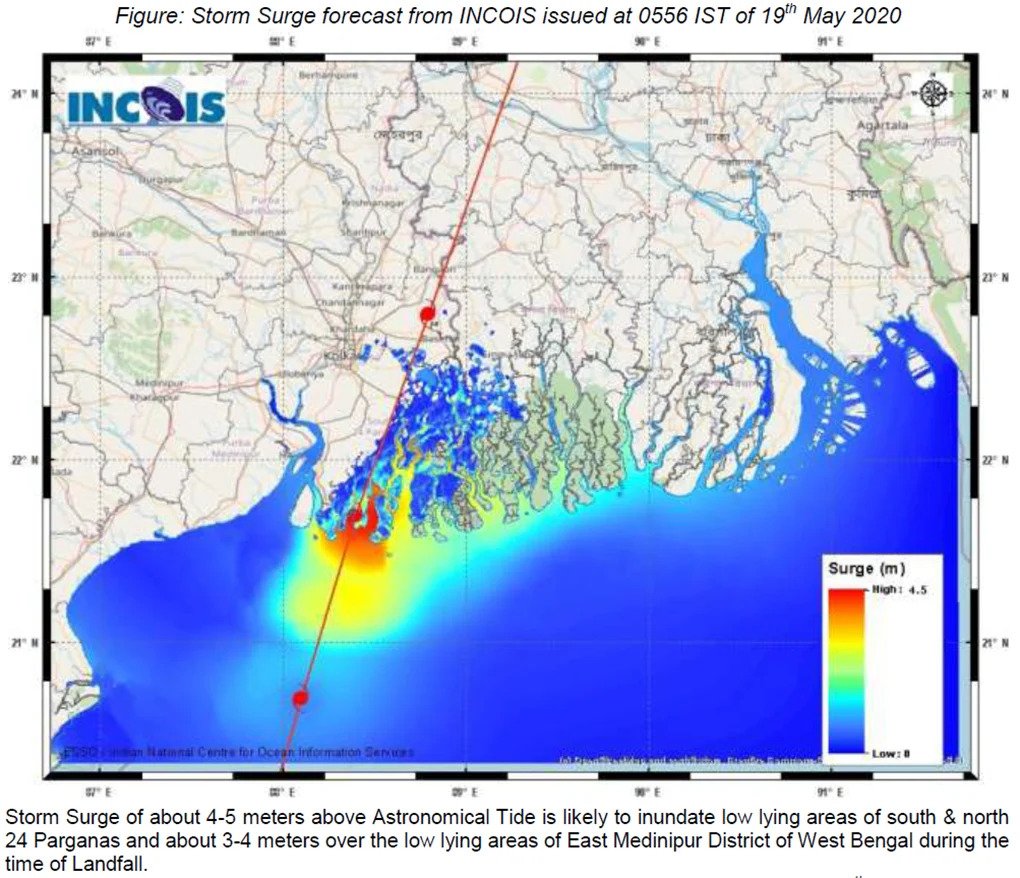 That means millions of people living in poor housing need to be evacuated and moved to cyclone shelters. Bangladesh and India have earned global recognition for having put up cyclone shelters all along the Bay of Bengal coast in the last two decades and evacuating thousands within hours so that casualties in recent cyclones have been minimised.

But this time the special problem is that the cyclone shelters are already being used as Covid-19 quarantine centres. Some of them are full, some partially so.

Enamur Rahman, Bangladesh’s minister for disaster management and relief, said on Monday that cyclone shelters are being prepared so that evacuees may maintain physical distance. People will be moved there if the cyclone’s arrival appears imminent, the minister said. “We have instructed the DCs (deputy commissioners) in the coastal districts to prepare an additional number of shelters so that people can take shelter there maintaining social distancing measures.”

The current forecast is that Amphan will make landfall in West Bengal rather than Bangladesh, maybe just east of Sagar Island on the mouth of the Hooghly – the westernmost distributary of the Ganga. This is an area already hard hit by previous cyclones as well as Covid-19 – the lockdown has thrown thousands of original Sundarbans residents out of work all over India, and they have returned home with hardly anyone being tested for the virus.

See: People rush back to the Sundarbans, untested

In the last few weeks, health officials have been going to these areas and moving at least some of the returned migrant workers into quarantine, in college and school buildings, Panchayat (local government) offices, health centres and so on. In West Bengal, these are the same places that are used as cyclone shelters.

So where will the authorities house the millions of people to be evacuated in the next few hours?

Speaking on the condition of anonymity, a local official said, “We shall have to keep them in the same designated cyclone shelters. What’s the option? We fully understand that it will be impossible for people to keep a distance of even three feet within these shelters. But there is no other place to house them. Covid-19 infection is a strong possibility in these shelters. But if we don’t evacuate people from the coast, death by drowning and falling homes is a far stronger possibility. We are having to make a very tough choice. At least, we shall ensure that people wear masks in these shelters and are checked for fever. Anyone with fever will be kept separately.”

Residents are anyway reluctant to move to shelters because they have to abandon their livestock and are afraid of thieves. Some also want to be on hand so that they can at least try to repair dikes broken by the storm. Due to the shortage of labour in the first days of the lockdown, some of the paddy crop along the coast has not been harvested yet. One surge of saline water will ruin it.

In line with the forecast from the Intergovernmental Panel on Climate Change, cyclones have become more frequent and more severe. Amphan is coming when many residents of the Sundarbans are still reeling from Cyclone Bulbul that hit the region last November. That cyclone moved almost parallel to the coast from west to east, its intensity significantly reduced by the world’s largest mangrove forest – the Sundarbans. But the forest, and the people living in and around it, were hit hard.

Now, for Amphan, Bangladesh is gearing up to evacuate over five million people, and over 12,000 cyclone shelters have already been prepared. Officials and volunteers are going around the villages along the coast and asking people to move to shelters. Emergency evacuation has been planned as far east as Barishal and Chattogram districts, though these areas are not forecast to be badly affected unless the cyclone alters course the way Bulbul did.

According to the Department of Disaster Management, Bangladesh has around 4,500 cyclone shelters, each able to house anywhere between 600-1,200 people. But that does not take the Covid-19-forced distancing norms into account. Now the government has brought the number up to 12,000 by asking local officials to use all schools, colleges and seminaries in the coastal districts as cyclone shelters. But there is no word on how to ensure distancing there or in the regular shelters to avoid virus infection.

“I’m afraid. I think the cyclone shelters might be breeding grounds for the virus,” said Liton Chowdhury, Director of Young Power in Social Action (YPSA), an NGO working in Chattogram and Cox’s Bazar regions. “People who move to the shelters are mainly poor and marginalised – social distancing and maintaining hygiene is a luxury for many of them.”

The detailed tracking of the cyclone and repeated forecasts since last weekend by the meteorological departments of Bangladesh and India have already had one positive outcome – almost all the fishing boats out in the Bay of Bengal are already back at port, according to officials in the West Bengal fisheries department. Fishers from Bangladesh are anyway banned from going to out to sea during fish breeding season every year.

Monwar Hossain, a senior official at the Bangladesh Meteorological Department (BMD) said that any fishing boat or trawler that may still be out at sea has been advised to take shelter immediately and remain in shelter till further notice.

Ports from Kolkata in the west to Chattogram in the east have hoisted danger signals already. Two metropolitan cities – Kolkata and Dhaka – are very close to the predicted cyclone path. In both cities, residents of brick and concrete houses are also being advised to batten down, put sticky tape on windows, bring flowerpots indoors and ensure that there is no loose material lying around.

Chowdhury of YPSA said, “The (Bangladesh) government is currently busy tackling the Covid-19 crisis, but it is important to have all possible preparation and evacuation plan for the cyclone in place well ahead of time so that nothing is left for the last minute. Our volunteers are now going to the communities to keep them informed about the cyclone, but people do not seem to be listening to the warnings. We think the government could have started the preparedness work as soon as the BMD informed about the cyclone a few days ago.”

Banner image: Residents of the Bhola coastal region in Bangladesh are evacuated to shelters on Tuesday in anticipation of Cyclone Amphan / Credit: Chhoton Saha 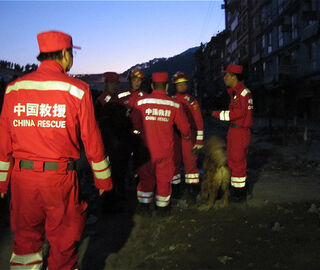 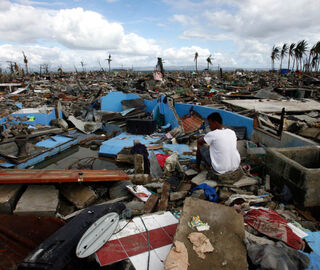