To avoid hot topics like deforestation, Brazilian official discourse at COP27 will focus on clean energy. But Lula and governors of the Legal Amazon could present a more real Brazil.

The official Brazilian pavilion at the UN Conference on Climate Change, which began this Sunday (6th) in Sharm-El-Sheikh, Egypt, prints the slogan “Brazil – Green Energy” in bright letters. This will be the main theme to be presented by the Jair Bolsonaro government delegation at the event.

For specialists, however, the presence of representatives of the Brazilian Federal Executive will not garner attention. The world wants to know about the other Brazil, that of the explosion in deforestation and environmental crimes, which should be presented by President-elect Luiz Inácio Lula da Silva and – perhaps – by the governors of the Legal Amazon in the days that follow.

“I think the Brazilian delegation, Joaquim Leite [Minister of the Environment], is going there to build a pavilion, not to open a diplomatic agenda for negotiation. What will happen is that he will be cornered in an empty pavilion, because no one will want to go there and talk to them,” says Natalie Unterstell, president of the Talanoa Institute.

The “unofficial” Brazil stands out in two different places at COP27: The pavilion set up by the Interstate Consortium of the Legal Amazon, which brings together the governors of Amazonian states, and the Brazil Climate Action Hub, a space for non-governmental organizations.

“In Glasgow [where the 2021 Conference was held], the participation of the Hub maintained by non-governmental organizations was already more active than the Brazilian government space and I think this time it will be even worse, because we have a completely delegitimized government. People are joking that it will be like the Sahara desert, there will be no one. Because whoever goes there to watch what the Bolsonaro government has to show makes no sense,” adds Suely Araújo, Senior Specialist in Public Policy at the Climate Observatory.

Even if the Brazilian government in a final effort tries to change the discourse to something different from the denialism presented during the last four years – which is unlikely – there will be no time for implementation, Araújo added.

Of these, only Helder Barbalho did not support Bolsonaro in the last election, but the speech presented by the six state representatives is still expected to be more realistic than the Brazilian government. The agenda for each of them has not yet been confirmed, but they will all meet on the 14th for a joint event.

If they don't show the real Brazil, Lula certainly will, after his victory removed the country from its previous position of global pariah caused by Bolsonaro. From his first speech, Lula already made several nods to the climate agenda, which promoted the priority of his foreign policy.

Last week, he was invited by the President of Egypt, Abdul Fatah Al-Sisi, to attend COP27 and his presence is confirmed for the second week of the Conference.

Lula's appearance and the change of speech of the fifth largest GHE emitter on the planet in the negotiations will be a key feature in Sharm-El-Sheikh. In addition to the name of the new Minister of the Environment, it is also expected that the president-elect will at least give a nod to the Brazilian emission reduction targets, in order to increase his ambition.

“The COP is a space for political signals, more than actual decisions and, in this sense, what matters most are the signals that will be made by the elected government to establish new relationships. What counts now are the signs of reconstruction for the future,” explains Unterstell.

This year's UN Climate Change Conference has a difficult agenda, which includes climate finance – always a topic avoided by developed countries, who don't want to open their pockets – and loss and damage, which involves discussion about how to help countries that are not able to adapt to the changes brought about by the warming climate on earth.

Such discussions take place behind closed doors, by the negotiators responsible for the Conference's so-called diplomatic agenda. For the experts heard by the report, the Brazilian position in this segment should not change either.

“We will have the same negotiators as in other years, both from Itamaraty and the ministries, and they have the instructions that were valid for the last few years, so I don't expect anything different. There is no break in position at this point in the championship”, says Unterstell.

But in this context, could Brazil boycott the ongoing negotiations, just to make the reconstruction of the climate agenda promised by the next president even more difficult? Araújo finds it unlikely.

“I believe that Brazil no longer has the political strength to do so. [Bolsonaro] has become something of a pariah in these negotiations and I think he cannot do it alone, because he would need to bring other countries along,” he explains.

The way the country will present itself to the world at COP27 will only be known in the next few days, when these “two Brazils” will really come face to face.

Listen as a podcast.

This story was produced as part of the 2022 Climate Change Media Partnership, a journalism fellowship organized by Internews' Earth Journalism Network and the Stanley Center for Peace and Security. It was first published in Portuguese by ((o))eco on 6 November and has been lightly edited for length and clarity. 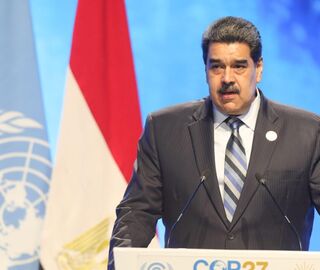 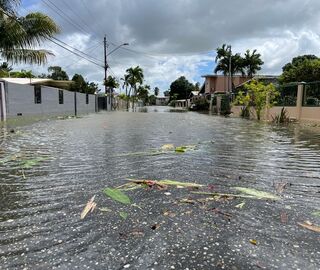 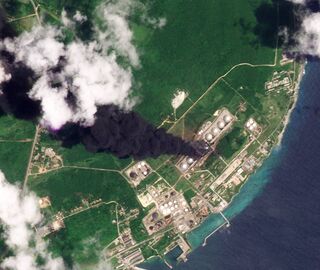