In the Philippines, a long overlooked fuel source has suddenly emerged: sugarcane waste.

The island of Negros is not only known as the “sugar bowl” of the Philippines for producing half of country’s output of the sweet stuff: it’s also at the forefront of local power generation using biomass. In its mills, sugar and renewable energy go hand in hand as bagasse, a byproduct of sugarcane, is used to power equipment.

Negros has been using biomass, or fuel from organic waste, for more than a century. But bagasse is now growing in prominence: The island is home to 13 of 29 mills operating in the country, giving it an enormous agricultural fleet that could supply bagasse to meet fuel demands.

Bagasse is the pulp from shredded sugarcane, which contains cellulosic fibers with almost 50% moisture content. This gives it a high heating value and makes it a good source of fuel. According to the Clean Energy Regulator, the Australian government body responsible for administering legislation that will reduce carbon emissions and increase the use of clean energy, bagasse has zero greenhouse gas (GHG) emission “intensity.” (Intensity refers to the fact that the costs incurred by bagasse’s GHG emissions are outweighed by the savings it generates.) Combustion of bagasse still results in noxious emissions, but far fewer than from fossil fuels.

Additionally, when used as an energy source, bagasse need not be transported off-site as waste or left to rot and breakdown, which can result in unwanted methane emissions (methane is a heat-trapping GHG).

Outside the Philippines, other countries cultivate energy crops in short rotation coppice for the sole purpose of generating biofuel, but this has sparked the debate on whether land should be used to ensure food or energy security. However, in the Philippines, especially in local sugar mills, agricultural residues are used exclusively for biofuel, as they continue to be abundant, inexpensive, and readily available. To be sure, cultivating sugarcane may not always be the best option in all countries—even if bagasse is a waste product.

After pre-processing, bagasse is fed into a boiler where it is burned to generate heat that will be used to produce high-temperature and high-pressure live steam. In a biomass power plant, one section takes care of converting the organic substances to biogas while the other section is for converting biogas into electricity. Mills and turbine generators use the energy produced in the process to manufacture all kinds of sugar, whether granulated, brown, or white. Recent technologies have also allowed mills on the island to throw out as little waste product as possible.

At Victorias Milling Corp. (VMC), one of the oldest refineries in the country operating since the 1920s, this is called a “closed-loop production system.”

To reduce the company’s waste, it uses ethanol from molasses to make bioethanol fuel and rubbing alcohol, a business segment that lifted the company at the height of the pandemic, while bagasse is heated to generate the company’s electricity needs. Wastewater released from the sugar production is also treated and recycled back to the factory, while organic byproducts are returned to the field for use as fertilizer.

These are the “downstream” byproducts VMC president Minnie Chua notes are an asset with this fuel.

"Sustainable growth and development will only be achieved through a circular economy most especially in the sugarcane industry," said Chua. "The objective of a circular economy is to extract the advantage of materials, energy, and wastes of an industry. The aim is to utilize waste streams as a source of secondary resources and recover wastes, generating renewable energy and reusing or returning water to source."

VMC owns the biggest biomass plant in the Philippines today. Located in Victorias City, Negros Occidental, the plant’s four units have a combined capacity of 63 megawatts.

Generating electricity from agricultural waste is not an easy feat and requires a huge investment. VMC spent roughly P2 billion for a 40-MW unit, but as with any worthwhile enterprise, the gains can be significant.

In 2016, global investment firm Thomas Lloyd opened a P16-billion loan facility for three projects generating power from sugarcane waste. These BioPower plants with a combined capacity of 70 MW can convert more than 600,000 tons of feedstock all year round – which could power up to 160,000 homes.

One of the units, San Carlos BioPower, is the first plant in the world to run purely on sugarcane waste and the first to solve the logistical problem of dealing with the grass’s leaves and not just its stalk. The other plants—North Negros BioPower and South Negros BioPower—are also in the process of growing their biofuel capacity.

While the plants failed to connect to the grid upon completion in 2019 after National Grid Corporation raised the issue of congested lines, the BioPower units are now preparing to connect to the national grid by the end of the year while expanding Negros’ green footprint (and limiting its climate one). This all came after an appeal to regulators.

Besides fuel for their mills, industry players can have an alternative income stream if they sell excess power to distribution utilities, electric cooperatives, power companies, aggregators, and other customers.

This sustainable blueprint is not unique to the companies mentioned, as it is also being followed by other large refineries in Negros, including Universal Robina Corp.’s SONEDCO sugar mill in Kabankalan, as well as by Binalbagan Isabela Sugar Company, Inc. Several others are now beginning to cash in on the use of biomass, but it remains a small sector in the energy industry. The Sugar Regulatory Administration (SRA) said that only about 288 gigawatt hours were generated from biomass plants in 2010—just 0.42% of the country’s total.

Nonetheless, the SRA wants industry players to see biomass power generation as the future of the industry. In a development roadmap, the SRA stresses sugar is not just the industry’s primary product anymore; the whole cane—tops, stalks, and leaves—are now being targeted.

“[The] industry now looks at sugarcane as its main product. Sugarcane can produce many other products, not only sugar. For the Philippines, we want to start the diversification towards the logical products of ethanol and power,” it said. The effect of sugar companies increasing their capacity boosts their bottom line and could help the Philippines dramatically reduce its greenhouse gas emissions. Agriculture is the economic sector producing the most methane and nitrous oxide and is responsible for 25% of the world’s human-induced greenhouse gas emissions.

The use of bagasse for power makes economic sense for Negros given its economic reliance on sugar, but it is not the only byproduct that can be transformed into fuel. Sugarcane is only one of several agricultural commodities in the country that can generate biomass.

With much of the country’s agricultural landholdings dedicated to rice, coconut and tropical fruits that yield large volumes of rice straw, husks and other wastes, the potential feedstock for biomass power plants in the country seems boundless.

According an ASEAN Briefing (published by Asia Briefing, a subsidiary of Dezan Shira & Associates, which produces material for foreign investors throughout Asia), the agricultural residues in the Philippines that could be used to generate power amount to 16 million tons annually. The World Bank-Energy Sector Management Assistance Program estimated that residues from sugar, rice, and coconut could produce 90 MW, 40 MW, and 20 MW, respectively.

In Isabela, rice farmers and millers are beginning to warm up to the idea of renewable energy. Isabela Biomass Energy Corp., established by a consortium of rice millers in 2015, operates a 20-MW power plant that uses rice husks as its primary energy source. The infrastructure for producing biofuel using rice husks, however, continues to be limited in the country as most rice farms are smaller in scale compared to sugar plantations.

Regardless of how one does the math, renewable energy sources like biomass are geared up to be one of the most attractive ways for agricultural companies to make a profit and trim losses, as farm waste previously discarded can now be repurposed.

The ASEAN Briefing warns, however, that advancing the biomass industry in the country requires a critical balancing act--securing energy needs must not override the need for food security--and so policies must be in place that could improve energy efficiency, technology transfers, and ultimately minimize the impact of human activities worsening climate change.

“Beyond the scale, however, are fundamental issues of transmission and grid integration for intermittent renewable energy resources. Social and economic impacts cannot be overlooked.  These are issues that will be kept under close review, and action will be taken toward meeting the challenges of balancing the country’s energy security needs and the overriding goal of providing clean, affordable, and sustainable energy for all,” it adds.

Nevertheless, with the right legal framework and government support, biomass players are optimistic about their prospects.

This story was produced with the support of the Earth Journalism Network and was originally published by the Philippine Daily Inquirer on August 27, 2021. It has been lightly edited for length and clarity. 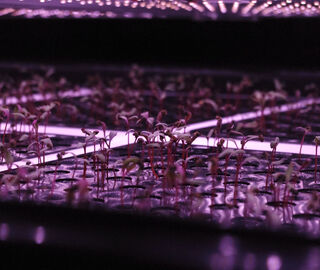