Down To Earth
,
Puri City, India 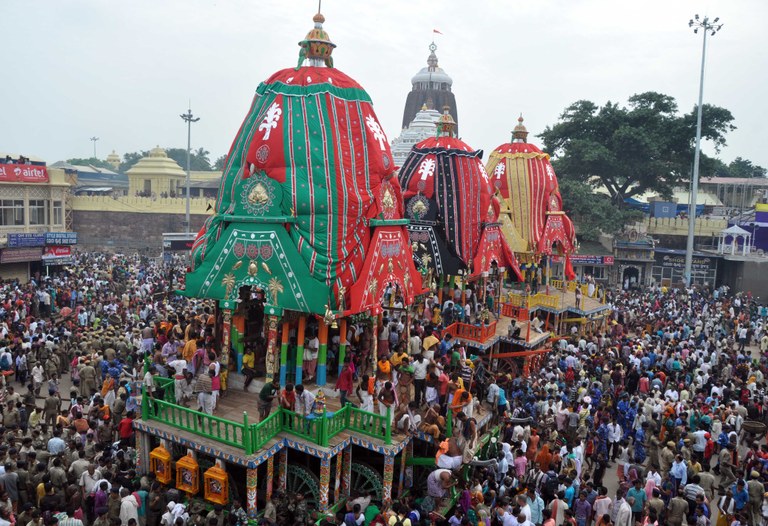 Known for its famous Jagannath temple and beach, Puri in India’s eastern state of Odisha, teems with people on any given day. When the temple holds special rituals, more than 300,000 pilgrims and tourists flow into the city, more than doubling the local population of 250,000, according to the 2011 census.

A well-oiled network of hotels, guesthouses, monasteries, private homes and apartments has risen up to cater to the lodging and boarding needs of such a huge number of visitors.

But tourism, which has fuelled Puri’s economy, may now leave the seaside temple town dry, with relentless construction and encroachment to cater to tourists siphoning off the city’s water supply.

No serious studies have been conducted to show how much the city’s potable groundwater has declined. But officials from the public health department, say the city may exhaust supplies within the next 10 years if residents continue to draw on only two aquifers and construction and illegal occupation of land continues.

The challenge is compounded by climate change.

Developed along a rectangular stretch of beach dune, Puri is bound by the Bay of Bengal on one side. With a general elevation of about 7 metres, the city’s topography is mostly dotted with dune peaks.

Puri’s humid, tropical climate draws an average of just over 1,370 millimeters of rain every year. This freshwater fills two underground aquifers -- Baliapanda and Talabania, which supply 24 million litres per day (MLD) of Puri’s 32 MLD water requirement. But construction and encroachment have been eating into those aquifers, and growing commercial activities, especially in the hospitality sector, means water is being sucked out of the aquifers faster than rainwater can replenish them.

At just 50 metres from the beach, these unconsolidated formations of sand, pebble, silt and clay are also vulnerable to seawater ingression.

Odisha has lost 153.8 km or 28 percent of its coastline due to coastal erosion, according to a July 2018 study by the National Centre for Coastal Research. There have been reports of shrinking beaches at Satabhaya and Pentha in Kendrapada District and Astaranga in Puri District. Strong tidal waves ate away portions of the sea beach in Puri in 2006, 2016 and 2018.

“After experts from various institutes examined the phenomenon, the administration have ‘red flagged’ some areas along the beach since then. But no concrete steps have been taken to ascertain the real cause of the erosion,” said a district administration official, who asked not to be named. 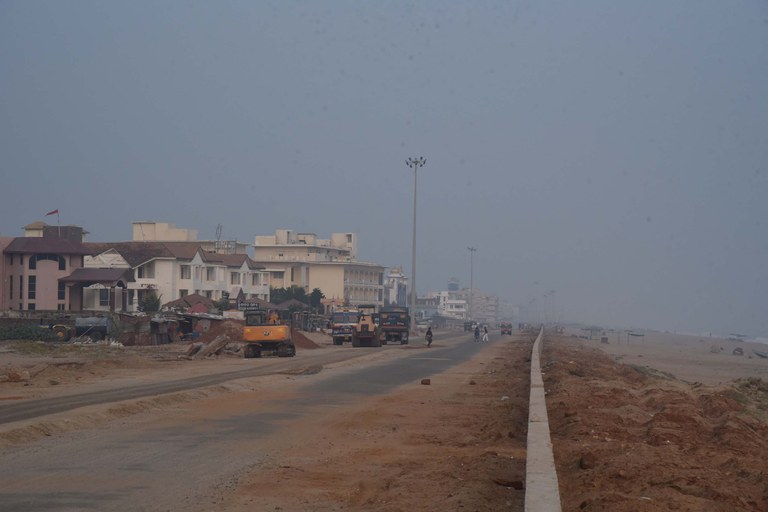 Warnings that Puri’s water supply was under threat go back decades.

In 1991, the then-chief engineer of the public health department (PHD), which manages the city’s water system, pointed out in a letter to Puri district collector that encroachment by people illegally occupying land over the aquifers at Baliapanda and Talabania was limiting the amount of land available to recharge the aquifers with rainwater. If left unchecked, it might create a water shortage for the temple town, he warned.

Then, in 2001, local journalist Jagannath Bastia filed public interest litigation in Orissa’s high court seeking to stop all construction activities and encroachment in Baliapanda and Talabania. His petition shook the administration out of its slumber.

First, the district administration was required to build boundary walls around the water zones.

Second, encroachments were to be evicted immediately.

Third, the municipality was to cancel leases given to people on land in zones that violated guidelines relating to the protection of underground potable water.

And fourth, the Puri -Development authority was asked to identify unauthorised construction, stop further construction and not to approve any building plans in the area.

Yet, the sand dunes covered by casuarinas and cashew nut trees that helped recharge groundwater at Baliapanda have been replaced by palatial hotels. Of Puri’s more than 1,100 big and small hotels, around 250 are in Baliapanda and Chakratirtha Road, which sits over Talabania. More are coming up, Puri Hotel Association officials say. Several government buildings and residential apartments have also come up in Talabania.

It also pointed out that simultaneous pumping by 17 shallow tube wells for 16 hours a day by the PHD led to total groundwater withdrawal of around 14,000 cubic metres a day, severely threatening water supplies.

“The water table lies only half a metre above mean sea level (MSL) during pre-monsoon,” the CGWB note said. “So if pumping is not controlled in the summer, it may lead to sea water ingress.”

The CGWB recommended that the district administration control the withdrawal of groundwater, restrict new construction and ban encroachment in sweet water zones. It also advised the district to artificially recharge groundwater from a perennial source or canal, develop a roof-top rainwater harvesting system and construct a planned sewerage system to avoid contamination to the phreatic aquifer. 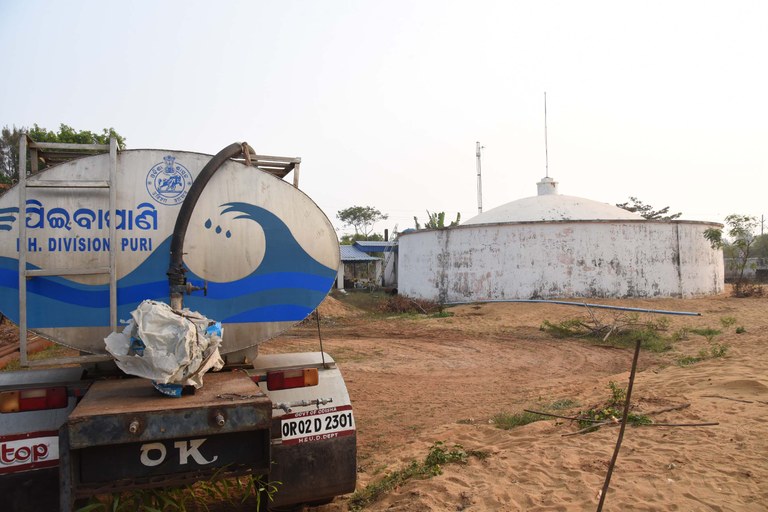 In the summer of 2006, Ganga and Jamuna -- two 900-year-old open wells inside the Jagannath temple whose water was used for offerings for deities -- dried up.

When the matter was raised in a meeting ahead of Rath Yatra, Odisha chief minister Naveen Patnaik formed an expert committee to probe the matter. The five-member committee cited a decline in the groundwater level at Baliapanda as the reason, but no action was taken.

Still, hotels in Baliapanda and Chakratirtha Road use motor pumps to draw groundwater, directly affecting the sweet water zone. Bastia identifies this as a major trigger for sea ingression. “At least 40 percent of Baliapanda’s groundwater has already been contaminated,” he says.

Most hotels don’t harvest rainwater despite repeated reminders, according to an official source. Currently, there are no fines for violating regulations.

Rajkishore Patra, general secretary of the Hotel Association of Puri, says the administration must provide them with alternatives, like piped water supplied from a surface source, before banning motors.

The government took up a huge project in 2007 to build a freshwater reservoir in the city’s outskirts and pipe water to homes. The Rs 300-crore project at Samanga under the Jawaharlal Nehru National Urban Renewal Mission (JNNURM) is now almost complete but has failed to reach water to most homes.

The project was supposed to divert water from a nearby river which itself remains dry most of the year, residents say.

The Puri municipality, meanwhile, has asked residents and business leaders to pass constructional plans only with rainwater harvesting.

“Unless the government takes strong actions against those violating building and encroachment rules and devises water-tight strategies to protect underground freshwater sources at Baliapanda and Talabania, the aquifers would be lost to Puri within a decade,” Mishra says adding that the civil society also must rise to the task.

This story was reported with support from Internews’ Earth Journalism Network. 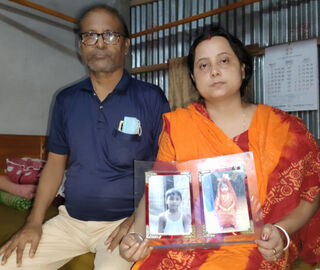 The urban density dilemma: love those neighbors - their germs, not so much
© 2022 Earth Journalism Network All rights reserved.