Describing climate change as one of the greatest threats to their survival, leaders of the sinking countries in the Pacific region urged the international community at the 25th Conference of Parties (COP25) to the United Nations climate negotiations to urgently act and avert a climate crisis.

“We are clearly on the frontline of climate change. They are realities for countries in the region. I’m sure no one in our communities lives alone, we don’t live alone. Nobody is supposed to be left behind,” said Anote Tong, former President of Kiribati at a side event at COP25.

Home to more than 12 million people living on 30,000 islands, countries in the Pacific are bearing the brunt of increasingly extreme weather events, warming oceans, rising seas and other environmental challenges affecting health, livelihoods and agriculture.

Tong stressed that at COP25, there is a need to strongly recognize the interaction between climate science and policy for moving climate negotiations forward and to address the disastrous future impacts to people living in small, low-lying islands in the coming years. The Pacific, he said, is the most concrete example of what the rest of the world has yet to witness as they are already facing the impacts of climate change.

“What is important to understand is that what we have agreed in Paris in 2015 does not avoid the challenge that we are in the frontline of climate change. Whether we cut emissions to zero, we will continue to go under water. The Paris Agreement is important because we are the example of what should not happen to the rest. Everybody is waiting for us to say that ‘now we believe you’ of course this is not what we are waiting for,” Tong said.

Enele Sosene Sopoaga, the former Prime Minister of Tuvalu, also said it is critical for countries to finalized the Paris Agreement on climate change to help poorer countries to adapt to the changing climate.

“Everybody is on the same canoe on the climate crisis. We must come together to address it. Countries must recognize their moral obligation and look for concrete actions. For small island countries, we have already crossed the threshold of the 1.5 degrees Celsius as scientific reports said that we will go underwater within 30 years if no urgent action is done now,” Sopoaga said.

Their message comes at a time when scientists warn that countries need to swiftly cut greenhouse gas emissions and work toward mitigating impacts from climate change.

To limit global temperature rise to 1.5 degrees Celsius above pre-industrial levels, as outlined in the Paris Agreement, countries need to cut greenhouse gas emissions by 45 percent by 2030 and achieve carbon neutrality by 2050, researchers say.

At the climate talks here, Johan Rockstrom, the joint director of the Potsdam Institute for Climate Impact Research, said that the Paris climate target “is a planetary boundary we pass at our own peril, putting all future generations at risk.”

Rockstrom presented the latest findings in climate science called 10 New Insights in Climate Science, saying that the Earth observations show that big systems with known tipping points are already now at 1 degree Celsius of warming, on the move toward potentially irreversible change, such as accelerated melting of Greenland and West Antarctic ice sheets, drying of rainforests and thawing of Arctic permafrost.

The sense of urgency scientists say is needed and is being felt by many nations in the Pacific region, is still missing from the negotiating rooms in Madrid.

At the high-level segment of COP25, Dalton Tagelagi, Minister of Natural Resources of Niue, called on industrialized countries to honor their commitments in terms of mitigation and funding mechanisms.

“There is no more time to talk. The finalization of the Paris Agreement Rulebook at this COP will set the building blocks of climate change efforts going forward and the platform for us to raise climate ambition,” Tagelagi said. “ This is the essence for our survival and for our future generations.”

For Niue and the Pacific island nations, science is crucial now in providing the basis of information and evidence that will allow our projects on mitigation and adaptation to be approved, he said.

Relocation as a last option

At the COP25, Fiji’s Displacement Guidelines were officially launched as a bold national commitment to pre-emptive social protection measures to help the most vulnerable communities in Fiji. The guidelines have been formulated taking into consideration existing national policies and international humanitarian best practices.

“In the event of mass displacement, the implications are major. Restabilizing a situation so people are safe and sheltered can be an arduous and costly strain on our human resources, economic resources and our manpower,” said Aiyaz Sayed-Khaiyum, attorney general and minister of economy of Fiji.

Sayed-Khaiyum added that a trust fund was also secured for those who are displaced and to be used for research, vulnerability assessments, land-scoping exercises and the cost of relocating and supporting people and infrastructure.

In 2014, the island of Vunidogoloa in the Province of Vanua Levu became the first village to be relocated two kilometers inland due to rising seas. Two other communities were then relocated to higher grounds.

“Moving communities is more than just moving a group of houses. It is about rebuilding a community, ensuring jobs, schools, medical services, sustainable living, all of which require detailed planning between government agencies and other organizations,” Sayed-Khaiyum added.

Climate activists also made their presence felt inside the climate conference venue and on the streets of Madrid during the week of the high-level segment, where world leaders promised to hammer out the details of the Paris Agreement.

More than 10,000 climate activists, environmentalists, women, indigenous peoples, artists and youth took the streets of Madrid to demand climate action. They were joined by 16-year-old Swedish climate activist Greta Thunberg in demanding actions from leaders of more than 195 countries attending the COP25.

“We are desperate on any sign of hope,” Thunberg said. “Finding holistic solutions is what the COP should be about, but instead it seems to have turned into some kind of opportunity for countries to negotiate loopholes and to avoid raising their ambition.” 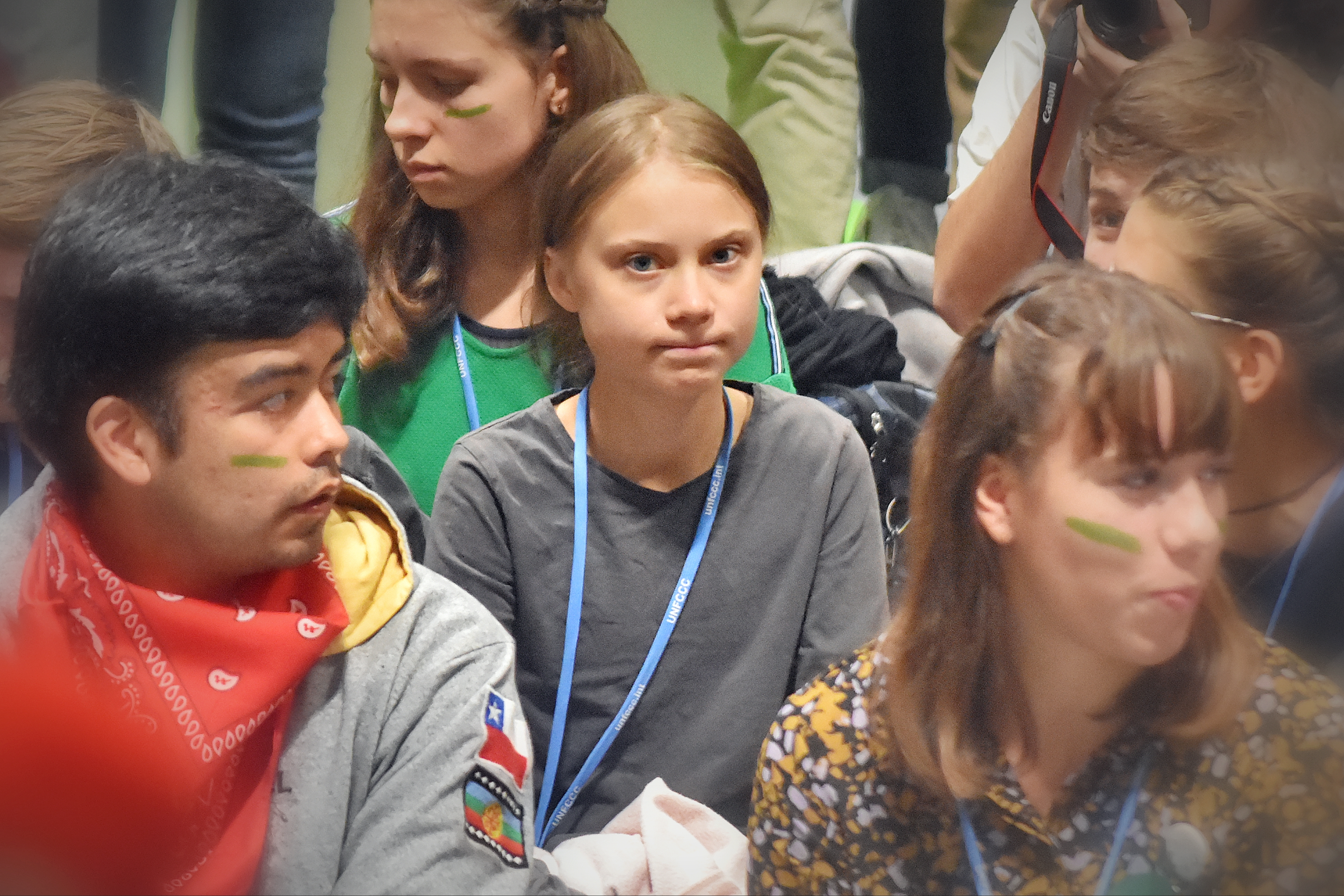 As the climate talks neared their final days, more than 200 demonstrators inside the COP25 venue were forcedly driven out by security.

Meanwhile, UN Secretary General Antonio Guterres stated in his speech at the COP25 that millions of people around the world—especially young people—recognize that there is an urgent need to act now to successfully limit the worsts impacts of climate disruption.

“That’s why they are calling on leaders from all sectors to do exponentially more to address the climate emergency. We are quickly nearing our last opportunity to be on the right side of history. Let’s make 2020 the year we put the world for a carbon-neutral future,” Guterres said.